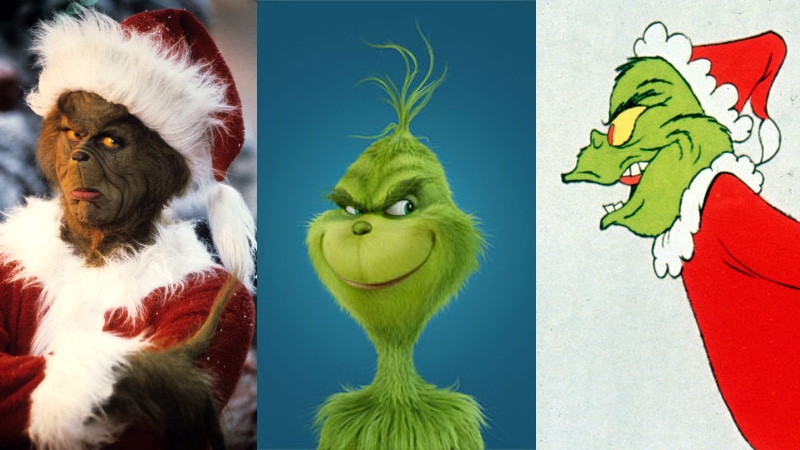 In 1957, the word “grinch” became part of our lexicon of words when Theodor Geisel first published his children’s book, How the Grinch Stole Christmas, under the pseudonym of Dr. Seuss.

According to Merriam Webster, the word means “killjoy” or “spoilsport”, and is a phrase many critics of the various movie versions of the story could certainly use to describe themselves.

All of the films have their pros and cons, but who makes for the best Grinch — Boris Karloff, Jim Carrey or Benedict Cumberbatch? We compare the three.

In 1966, CBS aired the MGM Television animated special, How the Grinch Stole Christmas! for the first time. Animated by Chuck Jones (known for many Warner Bros. cartoons) and narrated by monster movie icon Boris Karloff (who also voices the Grinch), the short 26-minute film was an instant hit and has been shown on TV every year ever since. 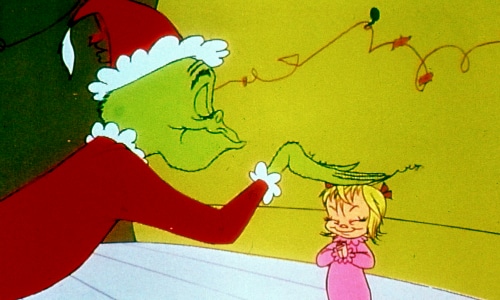 How the Grinch Stole Christmas (2000)

In 2000, Universal Pictures had the audacity to create a brand new, live-action version of How the Grinch Stole Christmas and stretched the story to over an hour longer than the animated tale.

Director Ron Howard’s casting of Jim Carrey in the role of the Grinch was an inspired choice and the sets and costumes of the film were certainly Seuss-like, but unfortunately they were not enough to make this film worth watching. At least, that is what many people say.

Panned by critics and audiences, the film still managed to double its operating costs of $123million by bringing in over $260million in ticket sales from US audiences and $345million worldwide.

Still, “great ticket sales” doesn’t mean “great movie”. Although still faithful to the original story, this movie incorporates too many new characters, an overly long backstory and way too much Carrey.

The film relied too much on Carrey’s improv and pratfalls and not enough heart. Still, the film does have its charms, but when choosing between it and the 1966 short, the former almost always wins. 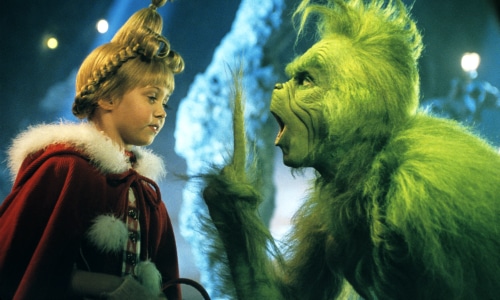 Universal dared to venture into Grinch territory again this year as it brought a new animated story from Illumination to the big screen.

Again, the studio made another inspired choice for the green bad guy — Benedict Cumberbatch. Dr. Seuss’ The Grinch almost paid for itself when in brought in $67.5million during its first weekend in theaters against the reported budget of $70million.

To date, the film has already tripled that. Cut down to just under an hour and a half, this animated tale gives a slightly different version of the Grinch than the other two that preceded it.

Here, the Grinch is more relatable. As with the other stories, he’s removed from the rest of Whoville by choice, but here it is mostly because he distances himself away from others rather than just because his heart is three-times-too-small.

In the original story, Dr. Seuss states that nobody quite knew the reason why the Grinch hated Christmas and the reason is excused pretty quickly. He is just a monster pure a simple. So, it’s pretty jarring when he suddenly changes his mind hearing the Whos sing while atop the mountain with all of the town’s gifts in hand.

In the second movie, the story focused on a broken heart and the town’s greedy nature as to why he hated the holiday. Essentially, the town is so consumed with Christmas that they overlook him and it basically places the blame on the townspeople for his bad behavior.

For the third movie, it has to do with the fact that he never had a family. His pet dog, Max, is more a servant in all of the stories, but in the most recent movie he is also the Grinch’s only friend. Since the Grinch can’t enjoy Christmas he decides to ruin the holiday for everyone, much like a hurt child would. 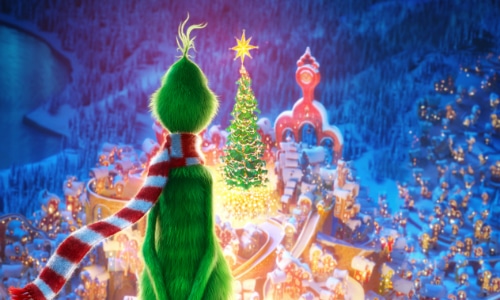 Cindy Lou Who is different in each version of the story. In the original story and in the 1966 Jones’ creation, she’s about two years of age and has a cherubic quality that almost changes the Grinch’s plans then and there.

In the last two stories, she is older but still sweet and wants to be the Grinch’s friend. But it is in the third movie that Cindy Lou’s family is shown without a father. Time is spent showing her single mother as a hardworking nurse with Cindy Lou wanting Santa to make life easier for her.

The film’s overall message about the importance of family, friendship and reaching out to others makes this version of the story even better than the original story and Dr. Seuss would, in our opinion, be pleased.

So, which Grinch movie is the grinchiest in your view? Let us know in the comments below.

'Squid Game': HoYeon Jung Reveals Scene That Made Her Cry in Real Life