We first came to know Jacob Roloff when he starred in his family’s hit reality show “Little People Big World,” which follows the Roloff family, including parents Amy Roloff and Matt Roloff, who are little people. According to IMDb, the popular TLC show first started airing in 2006, and it’s still on the network to this day. As of this writing, the Season 22 is airing, which is a pretty big accomplishment if you ask us. There’s no doubt that the show is a fan favorite, and the family has experienced several changes in their lives since the beginning.

Distractify shares that Jacob has not appeared on the series since 2016, and even though fans have been wanting him to come back for quite some time, he says that he never will. “All in all I appreciate people wanting me to ‘be with the family’ for a few more episodes, but the family that is filmed is not my family. They are the Roloff Characters and I have scarcely anything in common with them, nor do I want to be a character myself,” he wrote on Instagram in 2016. “As soon as the cameras drop however, its almost like they never played the part.” He also noted that he loves his family and he hangs out with them, but he doesn’t want to be on TV again.

Since leaving the show, a lot has gone on in the life of Jacob. Keep scrolling for more details on his wife, Isabel.

Isbael Rock is a nature girl 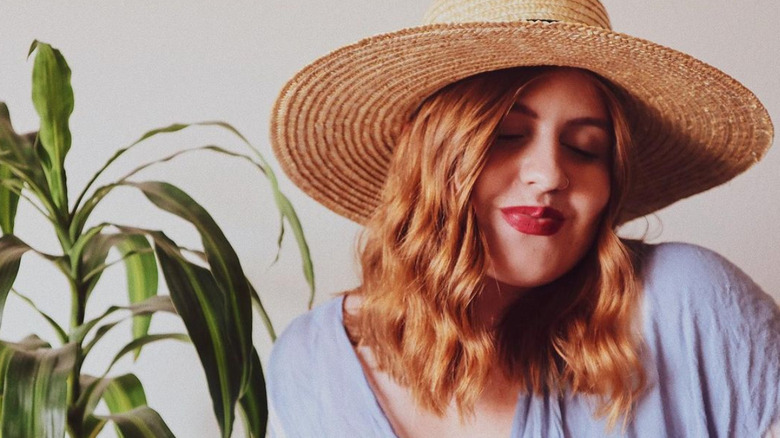 Jacob Roloff is one of the three sons in the Roloff family, and like his twin brothers, he’s a married man. We’re not going to lie, it’s kind of hard for us to believe that Jacob is married, considering we watched him grow up. He and his wife Isabel Rock wed in 2019, and even though they tend to stay out of the show’s spotlight, they still keep fans updated on Instagram. Isabel seems to love nature and has plenty of photos of herself and her Jacob in the great outdoors. She regularly raves about her man on social media, and in one sweet post, she told the story about meeting her husband and “best friend” on the school bus when she was just 15 years old.

Isabel also shares many photos of her dogs, and we love her just for being an animal lover. “Your dogs will teach you so many things while they’re with you, if you let them,” she wrote on Instagram in February with her two pups. According to The Sun, she also has her own podcast, which she described as “a place where we can talk about anything under the sun.”

In July, Isabel shared her biggest news yet — that she was going to be a mom. “We are elated to share that the baby boy we have been dreaming of is coming this December,” she wrote on Instagram alongside a single red heart. Congrats!

The Quarantine Stream: 'New Girl' is Like Hanging Out With Friends While Social Distancing

‘Possessor’: Why Andrea Riseborough Wanted to Wear a Fake Penis for the Year’s Craziest Sex Scene