But you may know him best from a host of TV shows – as well as for his quick-wit and self-deprecating jokes. Here is the lowdown on the hit funnyman…

Who is Romesh Ranganathan?

Romesh is a 40-year-old comedian from Crawley, West Sussex.

He originally worked as a maths teacher before pursuing a career as a performer.

Despite eventually finding status as a comedian, he was relatively successful as a freestyle rapper, and once succeeded in reaching the finals of a freestyle competition.

The star is a vegan and revealed as such during an appearance on The Great British Bake Off: An Extra Slice when he cooked vegan chocolate brownies.

Romesh is married to wife Leesa, is a father to three children and an avid supporter of Arsenal football club.

Where would I have seen him before?

Romesh has appeared on a host of comedy panel shows in the UK.

These include Mock the Week, Sweat the Small Stuff, Have I Got News for You and Would I Lie To You?

He has also performed his stand-up routine on Live at the Apollo several times and appeared as a guest on The Last Leg and QI. 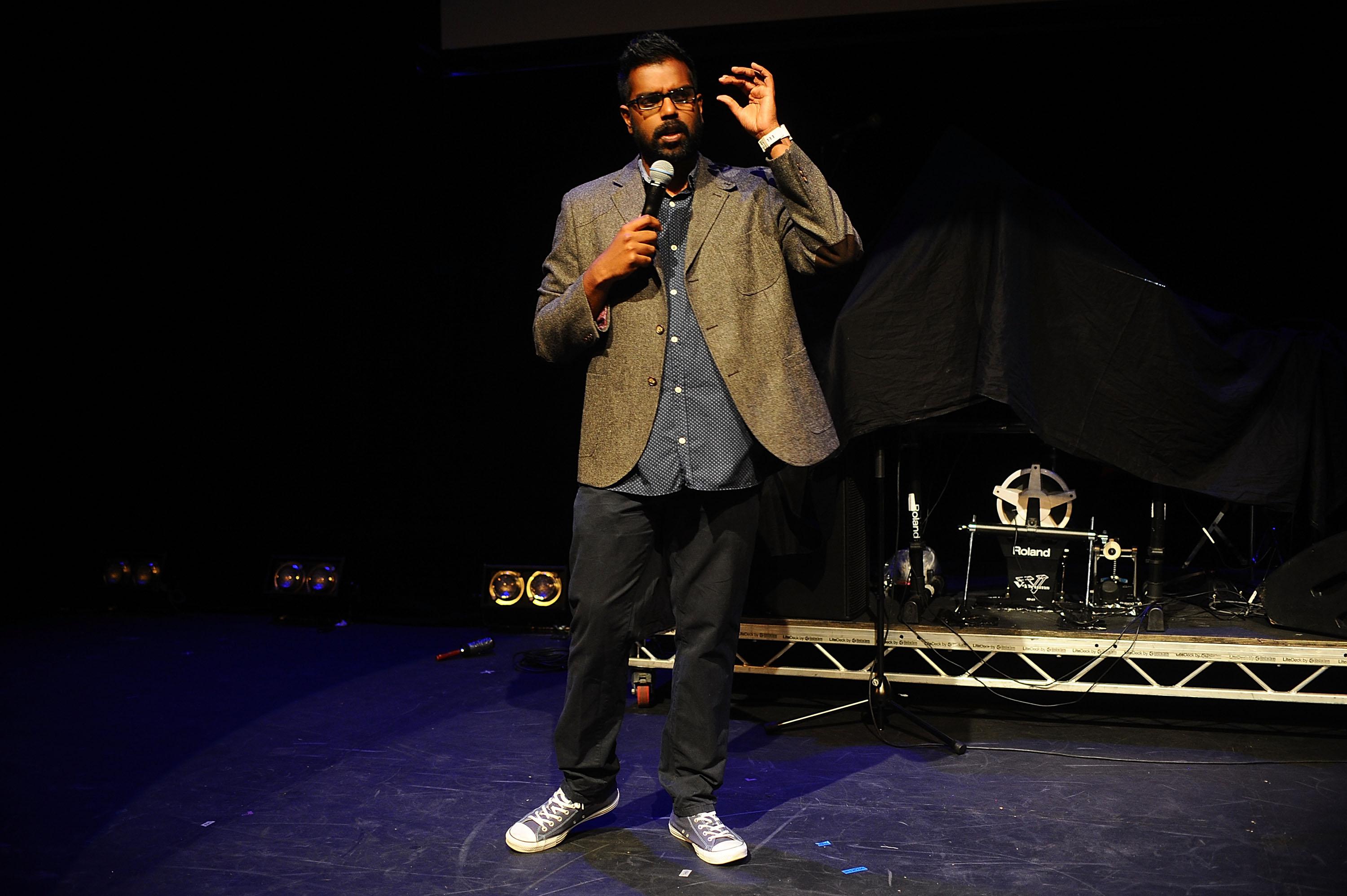 In 2015, he was given a presenting role on Asian Provocateur – a BBC  Three documentary series that saw him explore his Sri Lankan heritage.

It was followed up in 2016 with a second series where he took his mum to meet their American family members.

What is Romesh up to now?

The comedian appeared recently in The Misadventures of Romesh Ranganathan.

In this three-part series for BBC Two he travelled way beyond his comfort zone and the world of complimentary breakfast buffets, to some of the most beautiful, but dangerous places on earth.

Hosted by locals and fully immersed in the local culture, he gets an eye-opening, and at times heart-stopping, insider’s guide to countries that are big on natural beauty, character and charm.

Now he's back as a panellist for IQ's fourteenth series, premiering TONIGHT August 6 on BBC2.