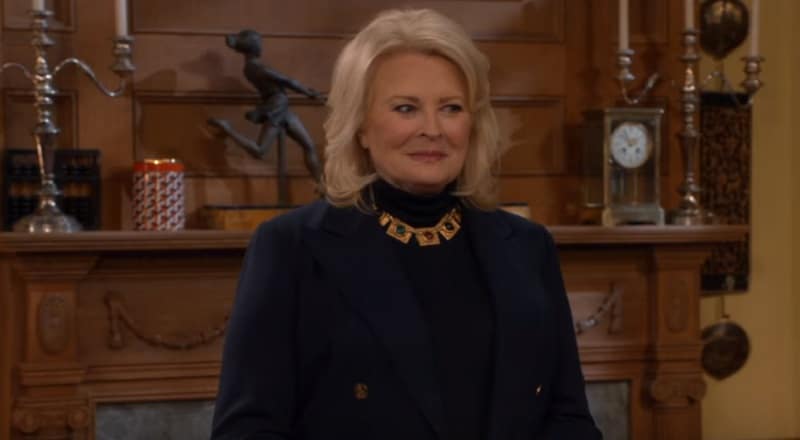 There’s a lot going on during the newest episode of Murphy Brown. From adopting a new pet to getting a plum timeslot, a visit from the health inspector is just icing on the cake. Fans of 1980s television will definitely recognize Peter Scolari but in case you need a refresher, we’ve got one for you!

Character Fred Noonan guest stars on the new episode, bringing some stress to the lives of Phyllis (played by Tyne Daily) and Miguel (Adan Rocha). The surprise visit of a health inspector is going to bring some drama, but also the opportunity for a lot of laughs.

In another substory from the episode, Avery’s show gets moved to a much better time slot, showing how successful it has become for him. Avery Brown is played by actor Jake McDorman.

As shown in the video below, Corky (Faith Ford) convinces Murphy (Candice Bergen) to adopt a dog. This obviously leads to a lot of funny situations back at the Brown home, as Murphy values her solitude.

Who is Peter Scolari and where have we seen him before?

Actor Peter Scolari has had a long acting career but is likely best known for his time on Newhart. He played Michael Harris on the show for years.

Blast from the past. Hope you are all doing well!#PeterScolari #80s

Scolari was also seen as Tad Horvath on the HBO show Girls, as Commissioner Loeb for a while on Gotham, and as Wayne Szalinski for the run of the TV show for Honey, I Shrunk the Kids.

http://www.hbo.com/girls/episodes/04/41-daddy-issues/interview/peter-scolari.html#/*SPOILER ALERT*I recently sat down with HBO to discuss the past few episodes of Girls. I hope you’re all doing well!

Peter Scolari is also known for playing alongside Tom Hanks in Bosom Buddies, a sitcom that broke new ground from 1980 to 1982.

This is the penultimate episode before the fall finale and a lot of the Murphy Brown cast is advertised to be in humorous situations. The reboot of the show has been doing well with viewers and CBS hopes that the final two fall episodes bring in great ratings for the network.