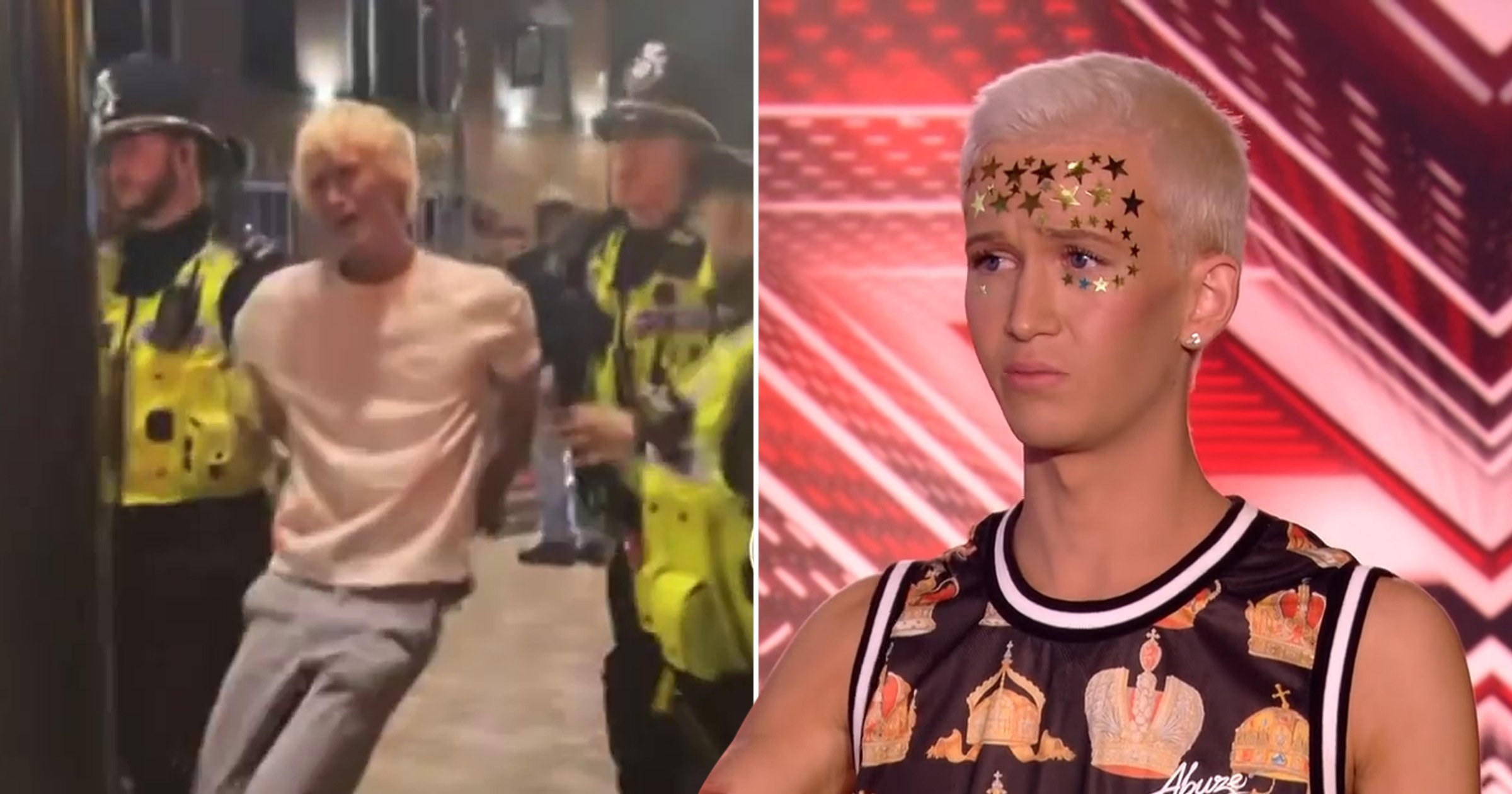 Former X Factor star Bradley Hunt claims he was attacked by bouncers at a nightclub, stating after the alleged incident: ‘Everyone always gets away with homophobic abuse in my case.’

In a post shared on Instagram, the performer said that he was at a nightclub in Birmingham when he was attacked in the bathroom by bouncers, sharing a video of himself being escorted by police officers with his hands behind his back.

‘I was NOT arrested. If I don’t laugh then I’ll cry. YES I was very drunk but it doesn’t change the fact that I was attacked in the toilets last night by the bouncers of a nightclub whilst washing my hands,’ he wrote in the caption.

‘Have you ever been beaten where they laugh like you are not even a person. I decided to leave the club by myself and go outside to find the police. I walked over to about 5 officers where two of them proceeded to laugh whilst I was explaining what had happened. In the past, my experience with the police hasn’t been good and they have never got back to me on many occasions.’

In the second image of Bradley’s Instagram post, he can be seen sitting in the back of a police van as several police officers stand close to him.

In a second video, Bradley can be heard saying: ‘The police never do anything,’ before throwing a bottle of water at the sign for the nightclub.

‘I proceeded to tell the police “you never do anything for me” and “I’ll take the law into my own hands”. As seen on the video I’m telling them to leave me alone while I saw a half empty bottle of strawberry Volvic and launched it towards the Club sign,’ he wrote.

‘All police chased me as I ran and ended up jumping on top of me. While I walked to the Police Van in cuffs I was distressed and all I could see was people laughing and filming me. They don’t understand the daily trauma of abuse or homophobic abuse and the story behind my episode.’

Bradley said that while he ‘shouldn’t of retaliated’ by throwing the bottle of water, he was ‘happy I told the police what I thought and showing the real Pride in standing up for yourself’.

In a statement shared with The Sun, Bradley said that throwing the bottle was ‘a small gesture considering the constant abuse I get’, although he understands ‘it’s not the best behaviour myself’.

‘I came out of the cubicle and one of the bouncers said “Get out now you queer”,’ he alleged.

‘He dragged me, he then kicked me in the back, while the other one laughed and also kicked and then the other one kicked again. It was like three strong kicks made me go flying into the doorway.’

Bradley claimed that staff members ‘blanked’ him when he tried to alert them, before he went outside to try and speak to police officers, some of whom reportedly laughed at him.

‘I felt dismissed, like a piece of s**t, I had just been kicked like that and I told a bouncer outside who didn’t care. Everyone always gets away with homophobic abuse in my case,’ he said.

Metro.co.uk has contacted West Midlands Police and Rosie’s nightclub in Birmingham for comment.