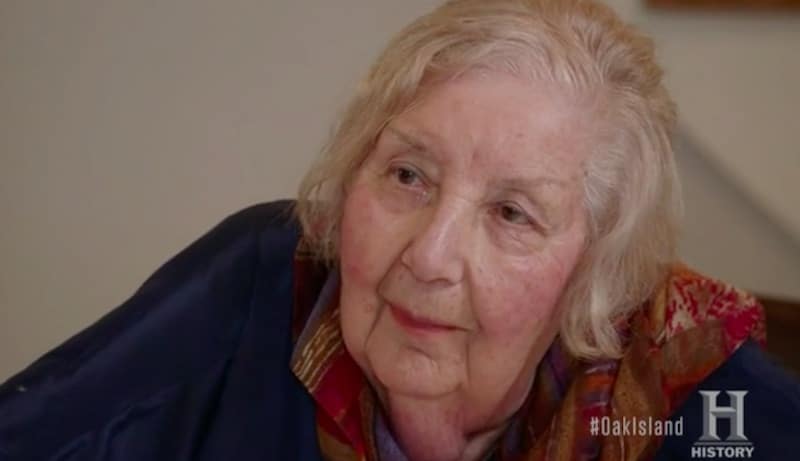 Researcher Zena Halpern, whose work and theories featured prominently on History’s hit show The Curse of Oak Island, passed away earlier this year.

The popular New York-based historian was a good friend of Rick Lagina, and had extensive knowledge of Oak Island after spending more than half a century investigating how members of the Knights Templar may have come to North America in the past.

Back on Season 4 of the show, she famously brought to light what was believed to be a 14th Century map of Oak Island, with possible links to the Templars. Last season she also presented a theory of how a mysterious lead cross found on the island could be a representation of the Goddess Tanit.

In 2017, she authored the book The Templar Mission to Oak Island and Beyond: Search for Ancient Secrets: The Shocking Revelations of a 12th Century Manuscript.

Zena’s passing was revealed back in June, with The Curse of Oak Island fans paying tribute to her on social media.

One fan wrote: “So sad, she was a wealth of knowledge. Thoughts and prayers to her family and friends.” Another added: “She will be missed. She was a rich source of historical information.”

The Curse of Oak Island airs Tuesdays at 9/8c on History.