‘Please look after him well’: Wife of screenwriter Richard Curtis appeals for help in finding 5ft Santa Claus figure which was stolen outside their front door in London’s Notting Hill

It what could be a plot straight from his festive film Love Actually, Mr Curtis’s long-time partner, broadcaster Emma Freud, has urged for its safe return.

She made the appeal on social media yesterday after the Santa Claus figure went missing from outside their five-bedroom property in Notting Hill. 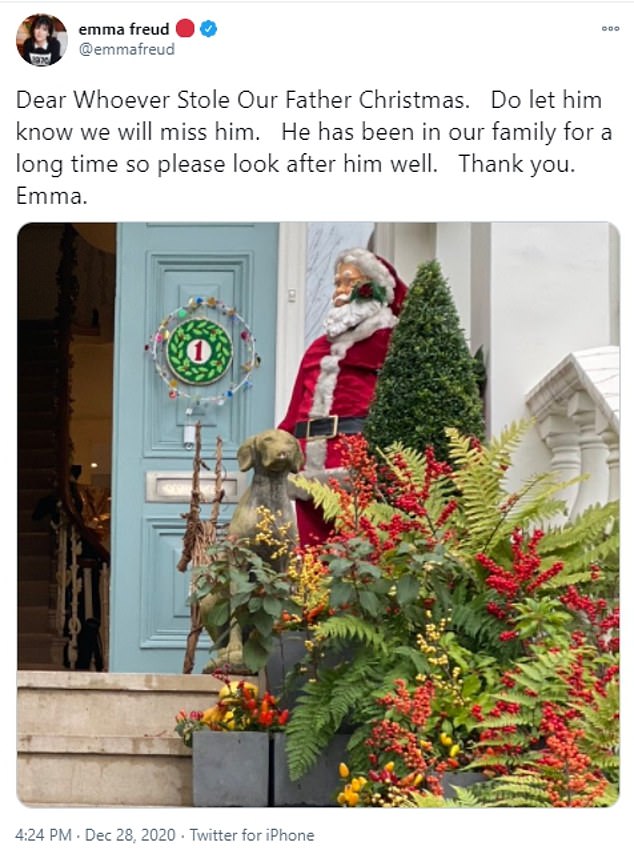 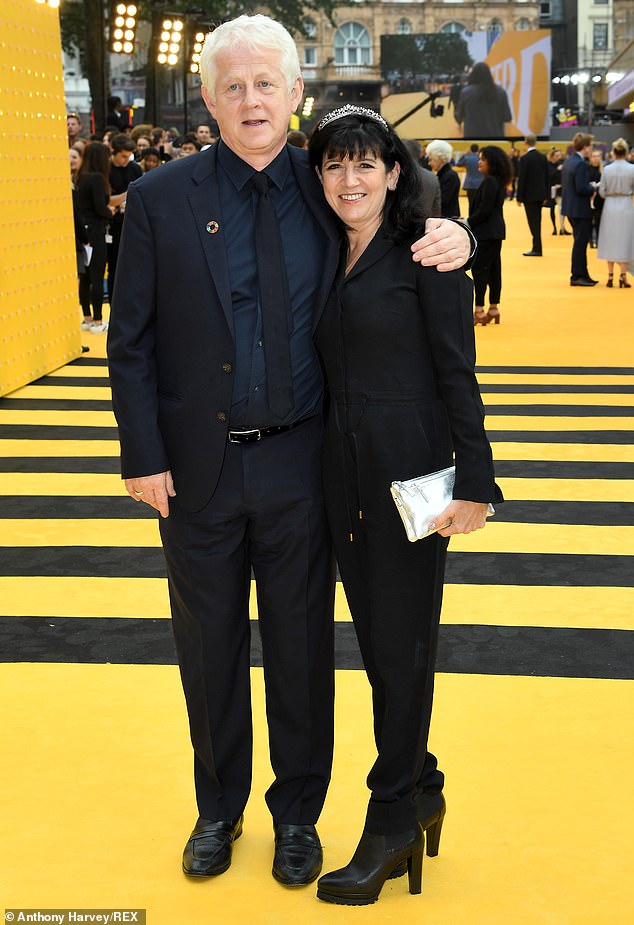 Ms Freud posted a picture of the Santa to her 190,000 followers on Twitter and on Instagram, addressing the appeal to ‘whoever stole our Father Christmas’.

The 58-year-old wrote: ‘Do let him know we will miss him. He has been in our family for a long time so please look after him well. Thank you. Emma.’

The Santa also used to sing and dance, but it was also stolen about ten years ago with thieves cutting the wires before returning it to the property.

Twitter users said how sorry they were to hear about the theft, with BBC broadcaster Dan Walker writing: ‘Very gracious response, Emma. I hope he comes back.’ 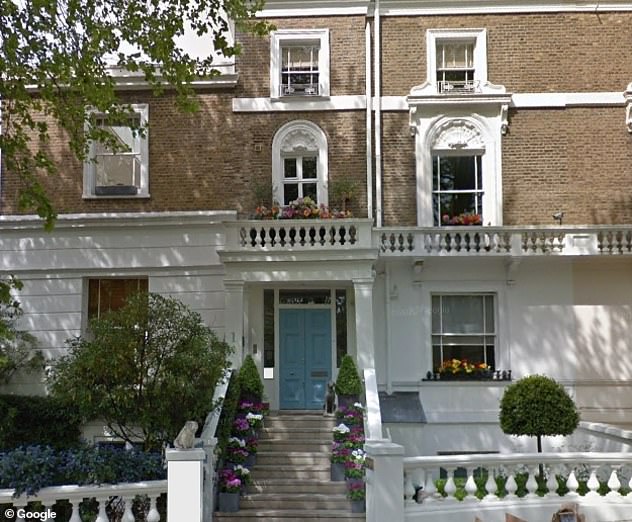 The Santa was stolen from outside the couple’s £15million home in Notting Hill, West London

Another, Jo Lilley, tweeted: ‘As if this year couldn’t get any worse to steal Father Christmas is just not on, poor thing, perhaps he’s being held ransom somewhere and you’ll get a note tomorrow?!’

A third, Anne Margaret Gorse, said: ‘Words fail me, Em. I hope it was some drunken youth who borrowed him in lieu of a traffic cone and he/she has seen the error of their ways and returns him pronto.’

And Anne Margaret Daniel said: ‘Oh, Emma, that is awful. I hope he is in safe hands now, and will be returned to you by someone kind.’

Ms Freud is the executive producer of Comic Relief and has also worked on her partner’s films. In addition, she is a columnist for BBC Good Food and The Times.

Her husband is behind a number of hit romantic comedy films in addition to Love Actually, such as Notting Hill, Bridget Jones’s Diary and About Time.

Speaking about their relationship to Stylist magazine in March 2018, Ms Freud said: ‘When we were working on Four Weddings And A Funeral, we added up the number of weddings we had both been to and it was over 100.

‘Those weddings were the basis of the movie, and also the reason that neither of us could imagine going down an aisle. And I always thought that if we didn’t get married, we could never get divorced.

‘He did present me with a ring 27 years ago and ask me if I’d spend the rest of my life not being married to him. He’s an excellent boyfriend, and is everything I admire in life.’

Joe Root’s side face a defining year in Test cricket, with series against India and Australia