Texas husband, 106, and wife, 105, are officially named as the oldest living couple in the world as they prepare to celebrate their 80th wedding anniversary

A Texas wife and husband with a combined age of 211 have been named the oldest couple in the world by the Guinness Book of Records.

The announcement comes just one month before John Henderson, 106, and Charlotte, 105, of Travis County, are due to celebrate their 80th wedding anniversary on December 15.

When the couple tied the knot, it was during the Great Depression in 1939. 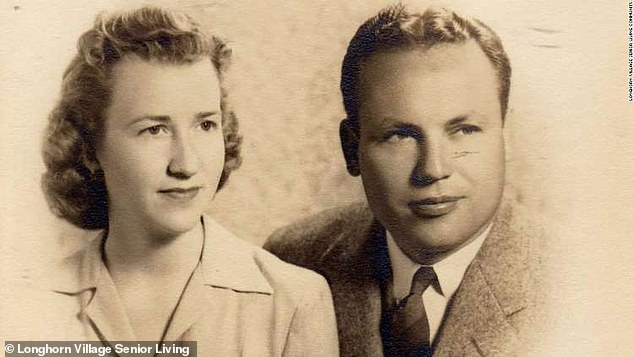 Charlotte and John Henderson have made history, married 80 years in December (they are pictured together in their youth) 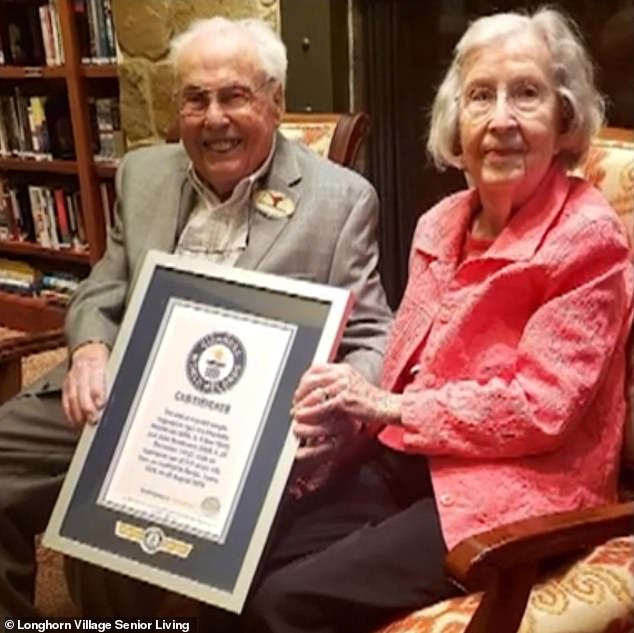 The Hendersons long life together as paid off, as John, 106, and Charlotte, 105, are now recognized as the oldest living couple in the U.S. (pictured together this week, receiving their Guinness Wold Record)

Times have changed a lot since then; but their love has stood the test of time.

And the secret of a long life and happy marriage?

‘Live life in moderation and be cordial to your spouse,’ John told CNN.

The couple met in 1934 while attending the University of Texas. John was guard for the football team, while Charlotte was taking classes to become a teacher. 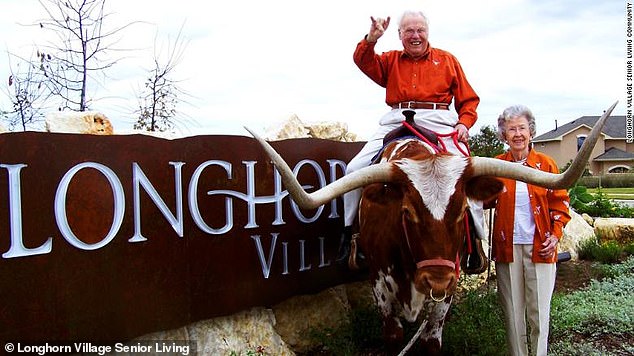 At their Texas assisted living facility, John and Charlotte Henderson have been together 80 years and are the oldest living couple in the U.S. 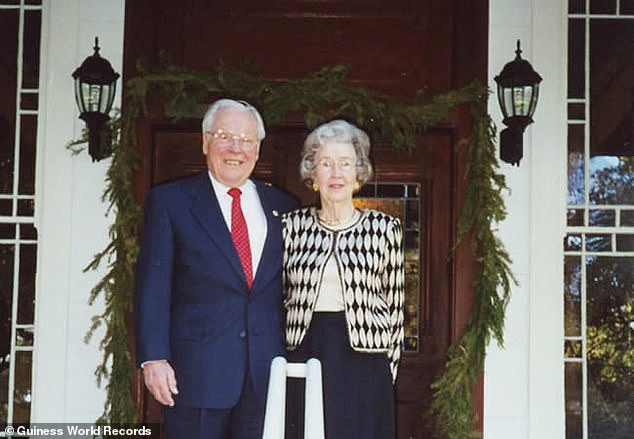 In 2009, the couple moved to Longhorn Village, a senior assisted living complex associated with the university’s alumni group (pictured at their former home)

In fact, John is now the oldest living University of Texas football player, and makes sure to attend at least one game every year, a tradition he’s maintained for 84 years.

They are still healthy, and John keeps up an exercise regiment each day.

In 2009, the couple moved to Longhorn Village, a senior assisted living complex associated with the university’s alumni group.