Days after Mateen Cleaves as acquitted by a jury on four counts of sexual assault, the video used by prosecutors against the Michigan State basketball great has come to light.

The video, which can be seen in the news clip above, comes from surveillance footage taken between 1:30 a.m. and 2 a.m. outside the Knights Inn Motel in Grand Blanc, Mich., and was obtained by WXYZ Detroit through a public records request.

The jury in Cleaves’ trial was shown the video, but it was never released to the public until after the trial. The incident took place in September 2015.

Seen in the video is Cleaves’ unnamed accuser walking away from the motel in nothing but a bra, only to be accosted by Cleaves, who was wearing only socks. Cleaves grabs the woman and pulls her back into the room despite clear attempts to resist him.

A second clip shows a similar scene 13 minutes later, where the woman runs away from the room and is chased down by Cleaves. He grabs her with both arms and struggles to pull her back until she falls to the ground. Cleaves picks her up and takes her back to the room.

There is no audio in the video. 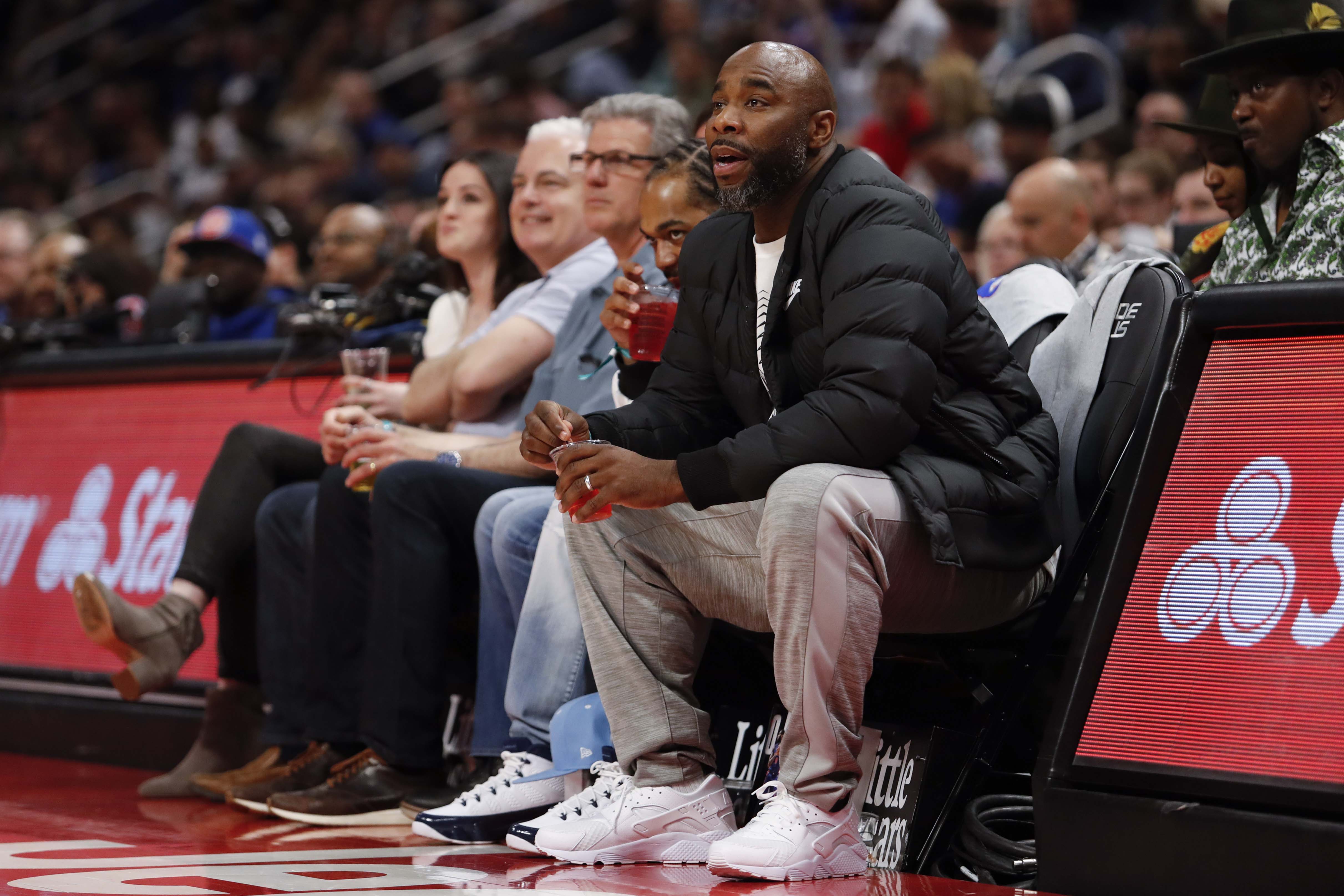 The video aligns with an account from a prosecution witness who reportedly testified the alleged victim repeatedly asked her for help while witnessing the struggle and told her that she couldn’t fight Cleaves off when he was on top of her in the room.

Cleaves’ defense team reportedly explained the video as the basketball star trying to protect the woman by pulling her back into his room, where they were having consensual sex.

From The Detroit News:

Cleaves’ defense team told jurors it was a clear case of consensual sex and that the woman was lying because she felt bad about cheating on her boyfriend with him.

“Regret is not rape,” said defense attorney Michael Manley, echoing his brother and co-counsel’s words from opening statements in the trial. Manley said not a “sliver of DNA” evidence backed up her claims of rape.

Michael Manley said the woman was not taking “accountability” for her actions while Cleaves has. The defense attorney says the woman willingly went to the motel with Cleaves and that she also decided to drink while there.

“It’s very important that you look at the phone records too,” Michael Manley told jurors Tuesday. “Mateen Cleaves texts (the woman’s) boyfriend and he calls her best friend twice. You are not raping somebody and calling the boyfriend and (best friend). What you’re trying to do is get her home because she is in a panic.”

Jurors eventually sided with Cleaves’ account of the struggle, clearing him of all charges after a two-week trial and less than three hours of deliberation. Cleaves had faced a maximum of 15 years in prison.

When asked by WXYZ for comment, Cleaves’ attorney said the matter was closed:

“The video was presented in a Court of Law. A Jury found Mr. Cleaves Not Guilty of all charges,” Manley wrote. “The complainant had her day in Court. The criminal matter is closed. Not Guilty remains Not Guilty.”

Stephon Clark protests result in more than 80 arrests in Sacramento

Worker who took bribes from criminals is jailed for seven years