The U.S. Air Force has been under “strain” by an increasing number of Russian aircraft that it’s having to intercept off the coast of North America.

“We have certainly seen an increase in Russian activity,” Krumm said. “We intercepted over 60 aircraft last year … We monitor more than that.” 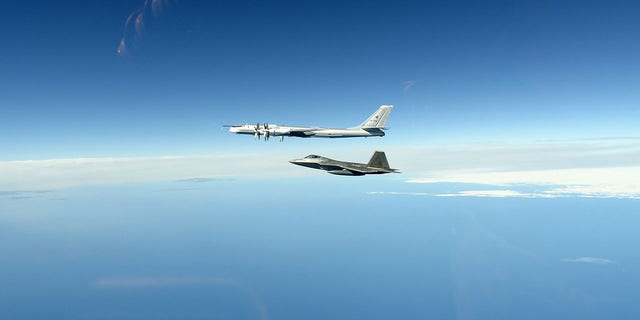 A North American Aerospace Defense Command F-22 Raptor flies next to a Russian Tu-95 bomber during an intercept in the Alaskan Air Defense Identification Zone June 16, 2020.

That would mark the most interactions in the Alaska Air Defense Identification Zone – which spans 200 nautical miles into international airspace – since the fall of the Soviet Union, according to an Air Force Times report. 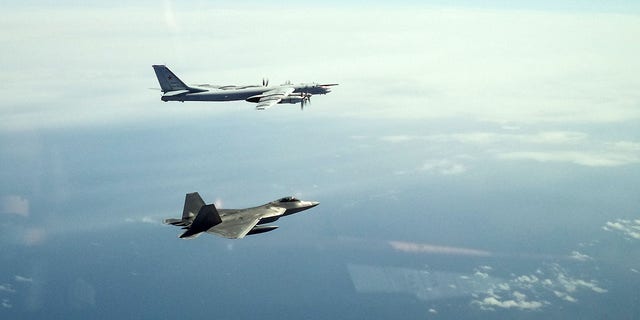 A North American Aerospace Defense Command F-22 Raptor flies next to a Russian Tu-95 bomber during an intercept in the Alaskan Air Defense Identification Zone June 16, 2020.

Krumm serves as the head of U.S. Northern Command’s Alaska Branch, NORAD’s Alaskan region and the 11th Air Force under Pacific Air Forces, giving him an unparalleled understanding of the situation.

“While there is a strain on our units, I will tell you that they’re managing it very, very effectively,” Krumm added.

The Air Force meets any Russian units with F-22s, but Krumm indicated the branch might be open to utilizing other types of jets. Russia has reportedly been improving its bomber fleets and other long-range aircraft, forcing the U.S. Defense Department to consider its options for modernizing its infrastructure.

Different satellites, radars and other sensors will be tested at an upcoming Northern Edge exercise in May, along with new fighters like the F-15EX Eagle II.