Brian Chesky co-founded Airbnb (ABNB) in the midst of the Global Financial Crisis, and he remembers Y Combinator Co-Founder Paul Graham warning him that “there might be no investors” when Airbnb presented at the Spring 2009 Demo Day.

These days, with the tech-heavy Nasdaq Composite index in the midst of its worst sell-off since 2008, Chesky told Yahoo Finance Live (video above) that "this might be the end of a moment. But there's always the next moment. If you're building something important, you just keep building and you wait for the next moment."

Concerns about higher interest rates, high inflation, and slowing growth have driven the broad sell-off so far this year. The Nasdaq has seen more than a quarter of its value erased since the start of the year.

“I think that startups generally raise too much money," Chesky said when asked if the bear market could actually be a positive development. "They spend too much money. I think having too much money perpetuates ideas that aren't maybe meant to be perpetuated, and you can pursue strategies for too long.”

Airbnb, which became a public company in December 2020, is also caught up in the sell-off: The rental company's stock is at all-time lows, falling more than 30% in the last month alone.

Major tech firms including Meta Platforms (FB) and Uber (UBER) have begun to slow or freeze their hiring in response amid the tech wreckage, with Uber CEO Dara Khosrowshahi noting a “seismic shift in sentiment.”

Chesky said his company had no plans to follow suit.

“We're gonna step on the gas," he said. "Now, we're gonna go even harder. I mean, why would the stock price affect how we run the company?”

'The pandemic changed the way we work'

Airbnb continues to ride a wave of momentum in travel, as consumers unleash pent-up demand coming out of the pandemic. In its most recent quarter, the platform saw revenue jump 70% from the same period last year, surpassing pre-pandemic levels.

Earlier this week, the company rolled out a number of updates to its app, billing it as the “biggest change to Airbnb in a decade.” The changes offer users a new way to search for stays, the option to split stays in one city, and additional protections for guests.

Travelers now have the option to choose from 56 categories of homes, based on location or style, with categories ranging from treehouses to barns.

“The pandemic changed the way we work — people aren’t going back to an office… five days a week,” Chesky said. “And if you don't have to go back to the office five days a week, it means you have incremental flexibility, and so suddenly millions of people can travel to more places.” 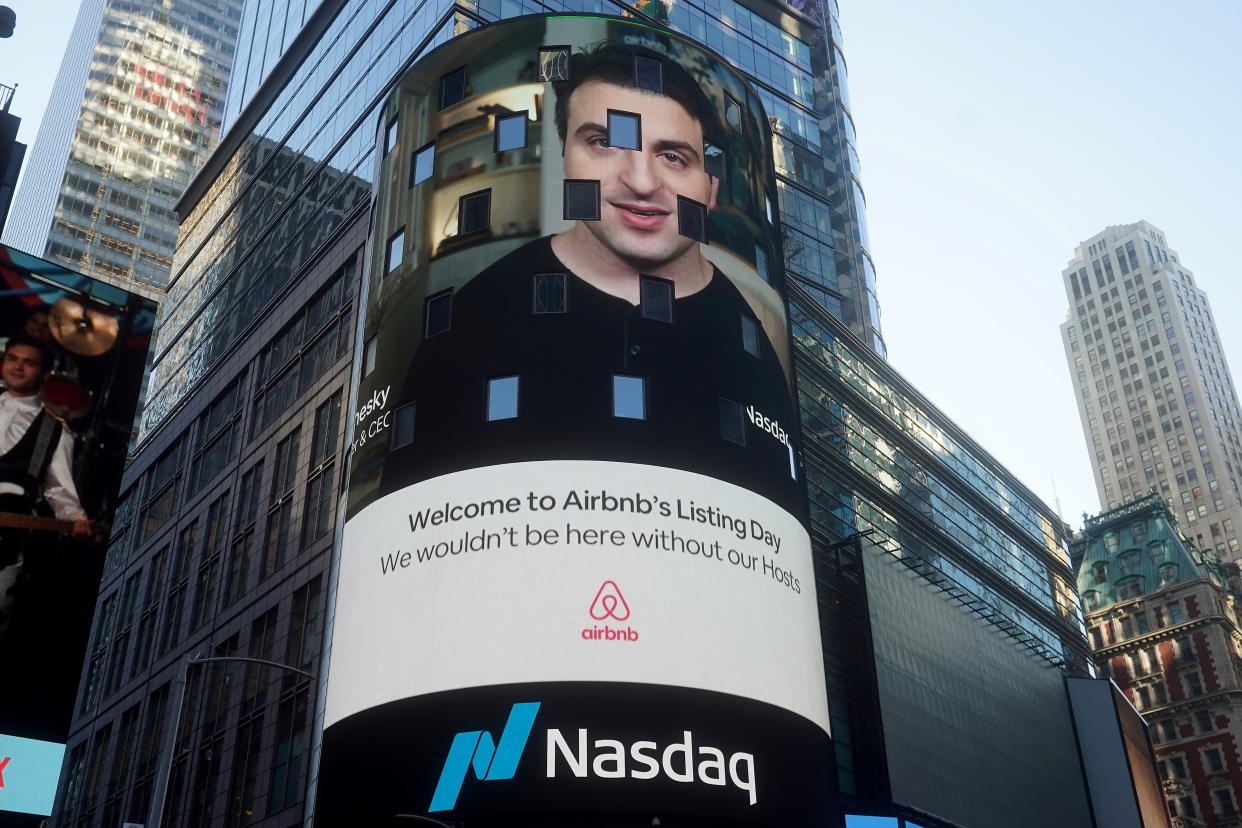 Inflation may begin to crimp demand, especially given that airline fares surged 18.6% last month, in part because of fuel costs. On Thursday, Adobe Digital Insights reported that U.S. airline bookings dropped 17% in April as compared to March.

In any case, Chesky seems confident that Airbnb is ready for the next moment.

Check out the full interview in the video above.