Al-Qaeda leader Ayman al-Zawahiri appears in new video on 20th anniversary of 9/11 – despite rumors bin Laden’s No. 2 died in Afghanistan in November

Al-Qaeda leader Ayman al-Zawahiri appeared in a new video marking the 20th anniversary of the September 11 attacks, months after rumors spread that he was dead.

In it, al-Zawahiri said that ‘Jerusalem Will Never be Judaized,’ and praised Al-Qaeda attacks including one that targeted Russian troops in Syria in January.

It added that his comments do not necessarily indicate a recent recording, as the withdrawal agreement with the Taliban was signed in February 2020. 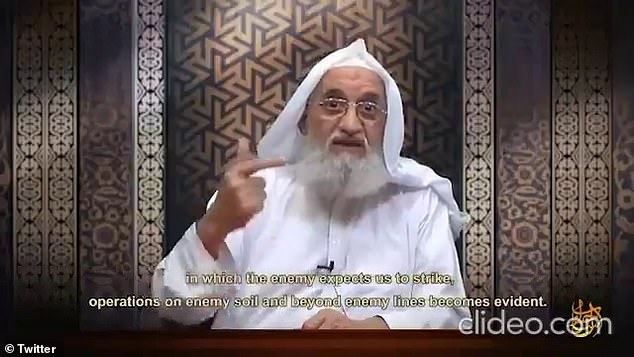 Al-Qaeda leader Ayman al-Zawahiri appeared in a new video marking the 20th anniversary of the September 11, attacks, months after rumors spread that he was dead 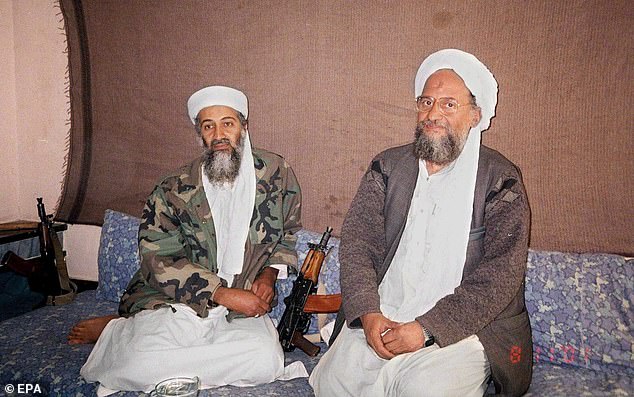 Al-Zawahiri was Osama bin Laden’s No 2 in Al-Qaeda, the radical jihadist network once led by the Saudi millionaire. The two are seen above in this September 2006 file photo

Al-Zawahiri made no mention of the Taliban’s takeover of Afghanistan and the capital Kabul last month, SITE added.

But he did mention a January 1, attack that targeted Russian troops on the edge of the northern Syrian city of Raqqa.

Rumors have spread since late 2020 that al-Zawahiri had died from illness. Since then, no video or proof of life surfaced, until Saturday.

‘He could still be dead, though if so, it would have been at some point in or after Jan 2021,’ tweeted Rita Katz, SITE’s director.

Al-Zawahiri’s speech was recorded in a 61-minute, 37-second video produced by the group’s as-Sahab Media Foundation.

In recent years, Al-Qaeda has faced competition in jihadi circles from its rival, the Islamic State group.

IS rose to prominence by seizing large swaths of Iraq and Syria in 2014, declaring a ‘caliphate’ and extending affiliates to multiple countries across the region. 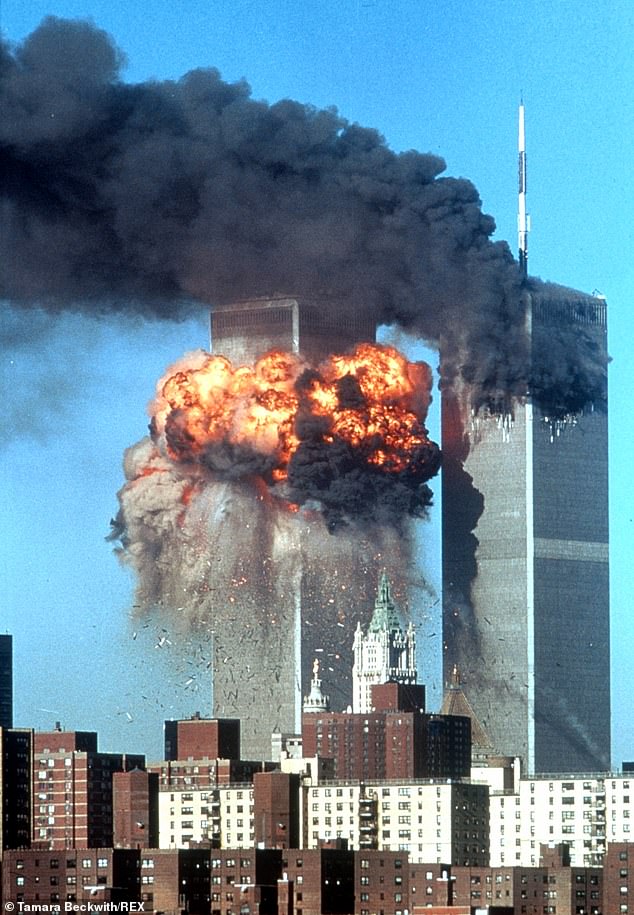 IS’s physical ‘caliphate’ was crushed in Iraq and Syria, though its militants are still active and carrying out attacks.

Abu Bakr al-Baghdadi, the shadowy leader of IS was killed by US special forces in a raid in northwestern Syria in October 2019.

Al-Zawahiri, an Egyptian, became leader of Al-Qaeda following the 2011 killing of Osama bin Laden in Abbottabad, Pakistan by US Navy SEALs.