AMY Cooper has been charged for "racist criminal conduct" after she allegedly made a false accusation about a black man threatening her in New York's Central Park.

Cooper, 40, was charged with misdemeanor filing a false report on Tuesday. 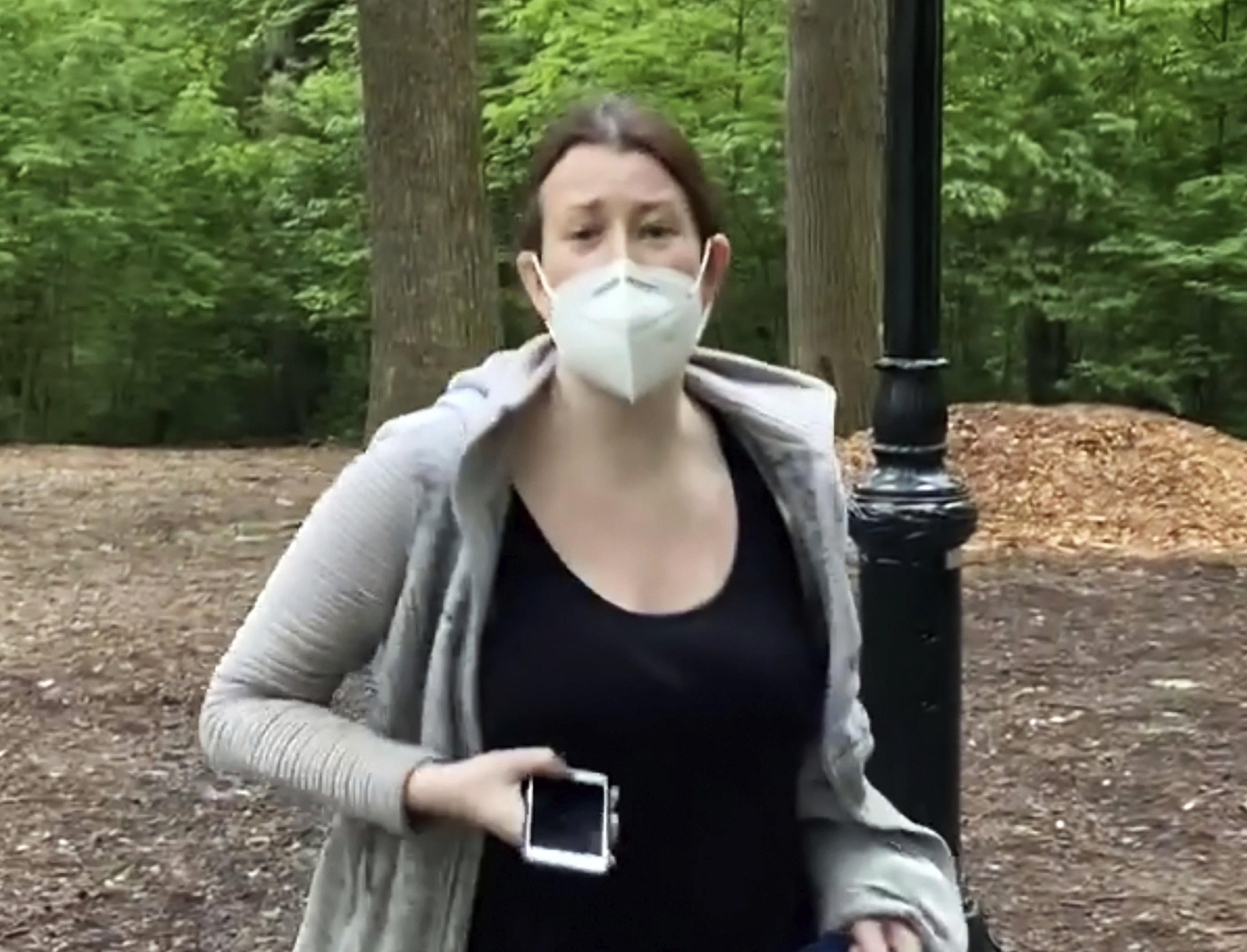 Manhattan District Attorney Cy Vance Jr said in a statement that "we will hold people who make false and racist 911 calls accountable.

"Amy Cooper engaged in racist criminal conduct when she falsely accused a black man of trying to assault her in a previously unreported second call with a 911 dispatcher," he added.

"Fortunately, no one was injured or killed in the police response to Ms Cooper's hoax."

The news comes months after she called the cops on black birdwatcher Christian Cooper in Central Park. 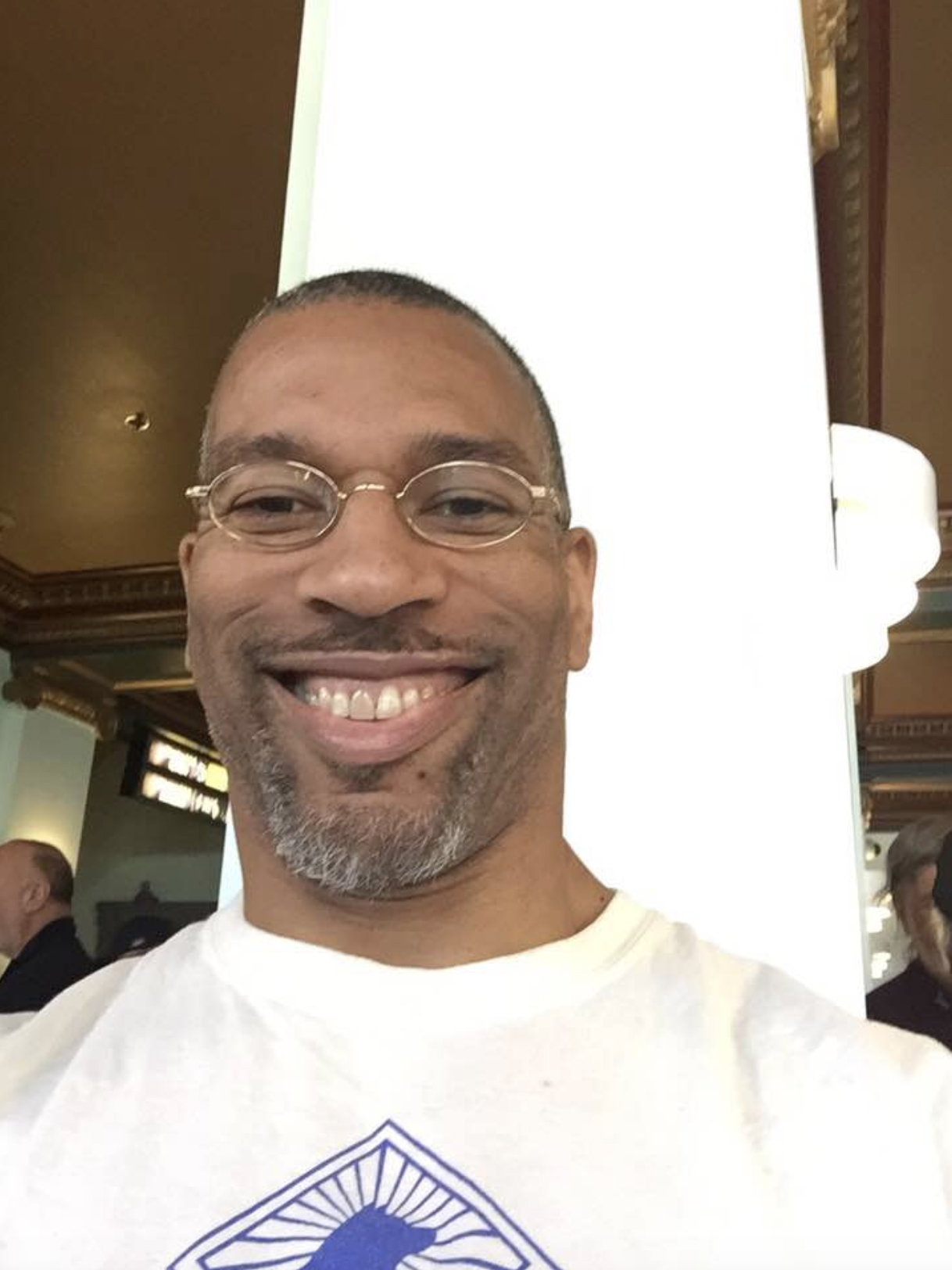 Viral video was released in May showing the white woman calling the cops and falsely claiming that Cooper threatened her life over her dog.

In the beginning of the minute-long clip, Cooper attempts to get a hold of her free-roaming dog as the man recording the video asks the dog owner to place her pet on a leash.

Cooper refused and a verbal confrontation quickly ensued, prompting the man to film the encounter as she walked toward the man while aggressively holding her dog by its collar.

"Please stop, sir I'm asking you to stop recording me," she demanded. 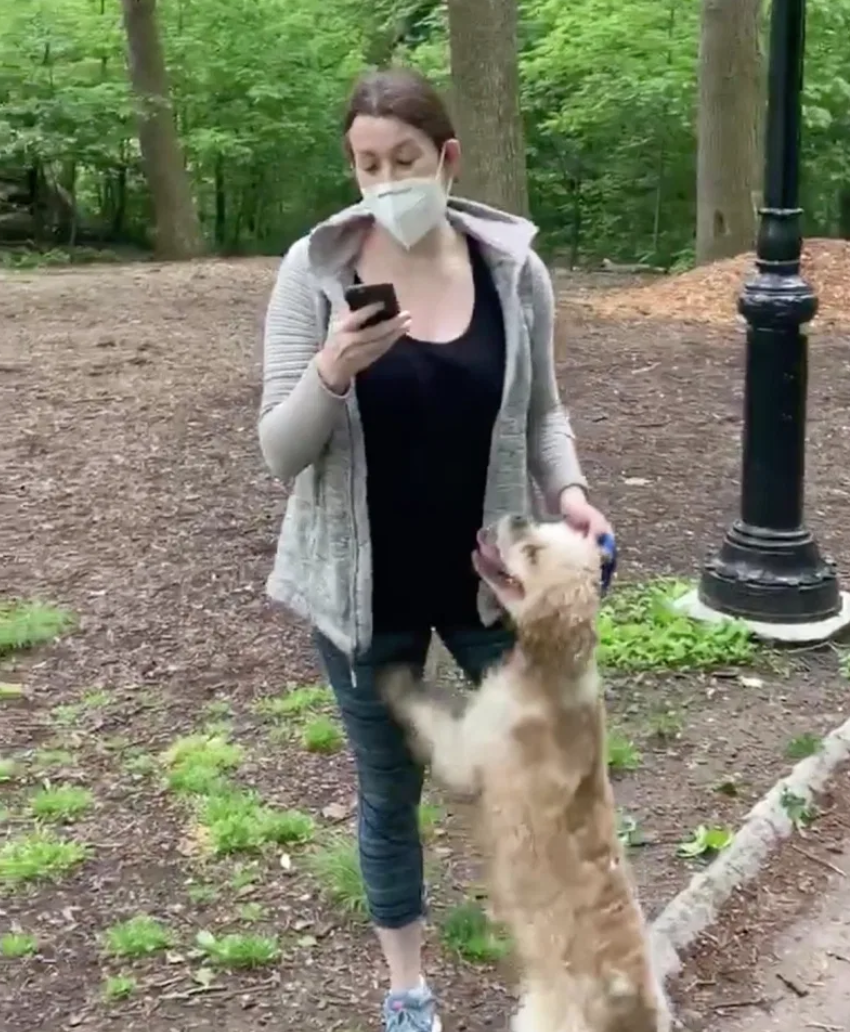 "Please, tell them whatever you like," the man responds as he tells her to keep distance.

Dogs are legally required to be leashed at all times, according to park rules.

Cooper is then seen backing away from the man as she makes good on her threat to call 911 and falsely report a threat on her life.

"There's a man, an African-American, he's recording and threatening me and my dog," she is heard telling the cops.

"There is an African-American man in Central Park. He is recording me and threatening myself and my dog."

Cooper then raises her tone to feign danger while on the phone with police as she pleaded for help to be sent as soon as possible.