For more than 30 years in Oregon in the US, cases of tetanus in children were almost mythical – studied in textbooks but never seen in person – thanks to the effectiveness of pediatric vaccination programs.

That streak ended in 2017 when an unvaccinated six-year-old boy arrived at a hospital in the state, experiencing jaw spasms and struggling to breathe, according to a case study from the Centers for Disease Control and Prevention published Thursday.

The child was playing on a farm when he cut his head on something, the report said. His parents cleaned and stitched the wound at home, but alarming symptoms emerged six days later. The boy's jaw began clenching, and his neck and back were arched – a trademark indication of tetanus called opisthotonus that is caused by involuntary muscle spasms.

He was airlifted to a pediatric hospital, where he was diagnosed with tetanus. It was the first instance of the life-threatening neuromuscular disease in a child in Oregon in more than three decades. 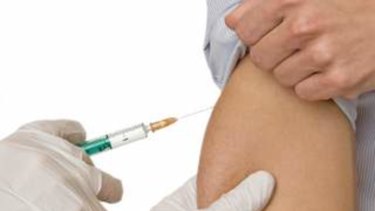 "Fortunately, the emergency department physicians immediately recognised the symptoms of severe tetanus," Judith Guzman-Cottrill, an author of the report and a pediatrics professor at Oregon Health & Science University, told The Washington Post in an email. "Physicians have all read about tetanus, and we have seen pictures of people suffering from tetanus . . . It is profound."

It would be only the start of a downward spiral and lengthy hospital stay for the boy. When he was first admitted to the hospital, he was alert – but couldn't open his mouth, the report said. Physicians sedated and intubated him because the spasms of his diaphragm and larynx were causing breathing problems.

The boy was given an anti-tetanus immunoglobulin for his wound, as well as the DTaP vaccine, which protects against diphtheria, tetanus and pertussis. He was also placed in a dark room with ear plugs, which helped reduce the intensity of his spasms. His scalp wound was cleaned by medical professionals.

Still, the arching of the boy's neck and back worsened. His blood pressure shot up, and he became feverish. Doctors inserted a tube in his windpipe so a ventilator could help with his breathing, and treated him with neuromuscular-blocking drugs to reduce his muscle spasms. He would remain on those drugs for more than a month, and in the intensive care unit for a total of 47 days.

By the time he was transferred out of the ICU, the boy needed help walking 20 feet. His tracheal tube was removed on Day 54, the report said. On Day 57, he was transferred from the pediatric hospital to a rehabilitation centre, where he spent two-and-a-half weeks.

In all, the boy's medical charges in the hospital amounted to $811,929 – which did not include the cost of being airlifted to the hospital or of inpatient rehabilitation, according to the CDC. It's unclear from the report who covered his hospital expenses. It took about a month after his rehab for the boy to return to "normal activities" such as running and bicycling, the report added.

"The patient was in the intensive care unit, in critical condition, for over six weeks," Guzman-Cottrill said. "The complex and prolonged care led to the high treatment cost. In contrast, the cost of one DTaP dose is somewhere around $24-$30 a dose, and this illness could have been prevented with five doses of DTaP vaccine."

Notably, physicians counseled the boy's family to bring the child up to date on all of his vaccinations, as well as receive a follow-up dose of the DTaP vaccine.

His family said no.

"Despite extensive review of the risks and benefits of tetanus vaccination by physicians, the family declined the second dose of DTaP and any other recommended immunisations," the CDC report stated.

Tetanus is an infection caused by spores of the Clostridium tetani bacteria in the environment that enter the body through contaminated wounds or new puncture wounds, such as stepping on a nail. Throughout history, the disease was sometimes referred to as "lockjaw" because of the cramping of the jaw muscles that occur with its onset. Other symptoms include stiff neck and abdominal muscles, difficulty swallowing, and painful, involuntary muscle spasms.

In the 1940s, there were about 500 to 600 cases of tetanus reported in the United States annually, according to the nonprofit Immunization Action Coalition. That was also around when both anti-tetanus immunoglobin and the tetanus vaccine became widely used, a practice that has led to a 95 percent decrease in tetanus cases and a 99 percent decrease in tetanus-related deaths since the 1940s, according to the CDC.

The CDC recommends children receive five doses of the DTaP vaccine – at 2 months, 4 months, 6 months, 15 to 18 months, and 4 to 6 years of age. Booster shots are recommended every 10 years through adulthood.

In many states such as in Oregon, successful vaccination programs meant tetanus had not been seen in children for years – until the 2017 case. Other vaccine-preventable diseases, such as measles, have re-emerged in recent years, in large part because of an anti-vaccination movement and vaccine misinformation.

The World Health Organization has identified "vaccine hesitancy" as one of the top 10 global health threats for 2019.

"The reluctance or refusal to vaccinate despite the availability of vaccines . . . threatens to reverse progress made in tackling vaccine-preventable diseases," WHO stated. "Vaccination is one of the most cost-effective ways of avoiding disease – it currently prevents 2-3 million deaths a year, and a further 1.5 million could be avoided if global coverage of vaccinations improved."