A prominent Muslim cleric who led anti-blasphemy rallies in Pakistan has been charged with sexually abusing a male student at a religious school, police have said.

Charges were filed against Aziz-ur-Rehman after footage purporting to show him forcing himself on the student went viral on social media.

The case has caused a stir in Pakistan, a mainly Muslim country, and outrage on social media, with many calling for a strict punishment for the cleric. 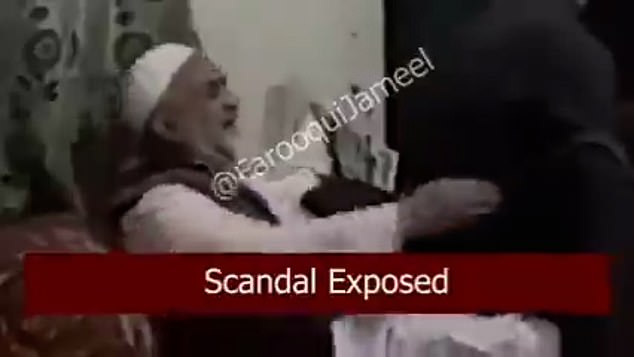 Aziz-ur-Rehman, who led anti-blasphemy rallies in Pakistan has been charged with sexually abusing a male student at a religious school, police said (footage of the alleged attack)

It has even led to protests against the government for the lack of protection for students at religious schools.

Rehman denied the accusation of sexual abuse in a video statement, saying that he was drugged before the filming of the alleged abuse.

He said this was part of a plot to throw him out of the seminary, the Jamia Manzoor-ul-Islamia.

Police said it would be a ‘test case’ after detaining Rehman and his two sons who have been accused of trying to intimidate the alleged victim. 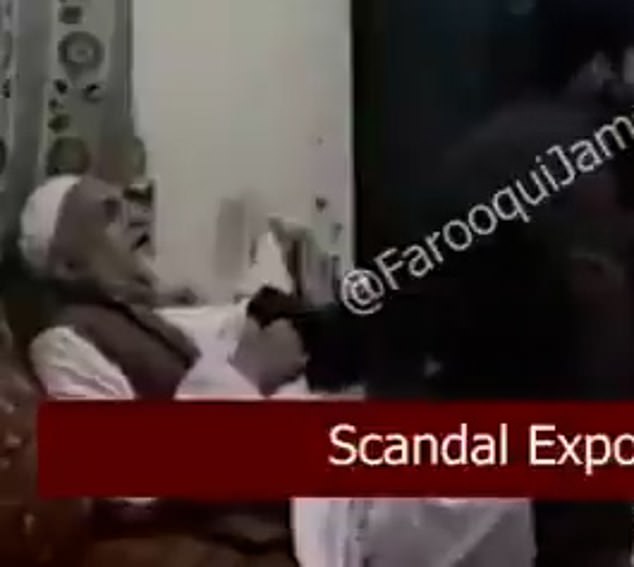 Inam Ghani, inspector general of Punjab police, said, The Telegraph reported: ‘We want our kids protected from these child molesters and to keep our society safe.’

Rehman, who is in his 60s and is a member and former leader of prominent religious political party Jamiat Ulema-e-Islam (JUI), has worked as a custodian of the Lahore seminary for several years.

He has been a regular at anti-blasphemy rallies held in recent months to denounce publication of cartoons in France depicting the Prophet Muhammad.

The seminary said the cleric has been expelled from his position, and Wafaq-ul-Madaris, the body that oversees the religious schools system, said it has stripped him off his title, mufti, which means a religious scholar. 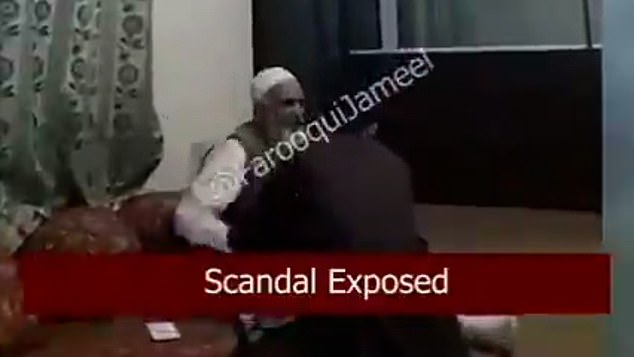 Rehman, who is in his 60s and is a member and former leader of a prominent religious political party, has worked as a custodian of the Lahore seminary for several years

A police spokesperson said police could not locate the cleric when they visited the seminary after the student filed the sexual abuse complaint.

The student, who police said appeared to be in his early 20s, said in his complaint that he has given several video and audio recordings to help police investigate, adding he had gone into hiding because he had received death threats.

The police said the student had told them that the cleric had been abusing him for several years.

He started filming the abuse after he got sick of it, and sent the video clips of the abuse to the head of the Wafaq-ul-Madaris, the student claims.

He said: ‘I was admitted into the madrassa in 2013 and had been attending it since. Mufti Aziz promised passing me in exams in exchange for keeping immoral relations with me.’ 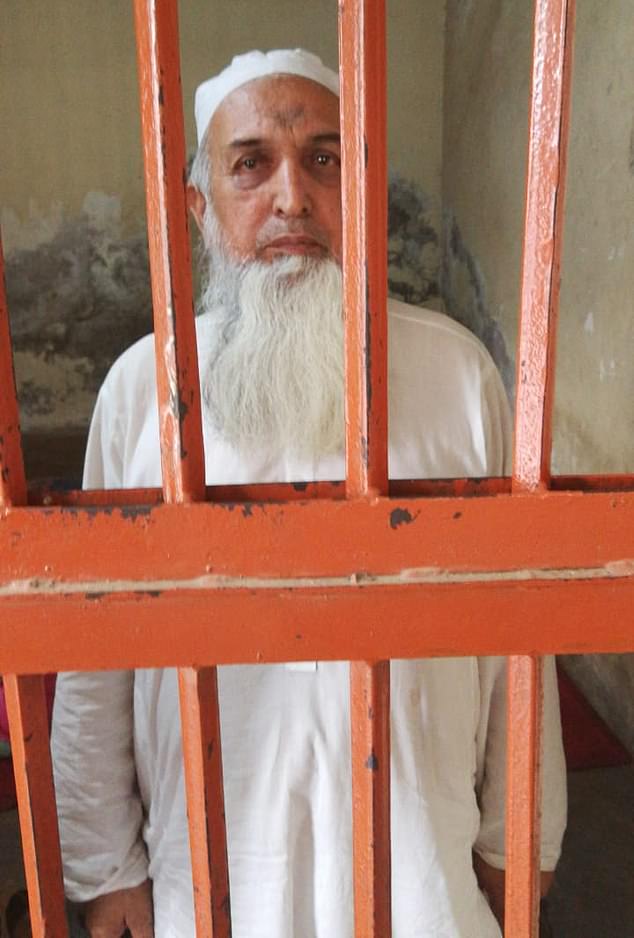 In another video posted on social media, the alleged victim said: ‘My attacker’s son’s have threatened to kill me for exposing him.’

It was not clear how the video clips began circulating on social media.

Sexual abuse cases are often hushed up, although some parents have recently been coming forward to file complaints.

Previous high-profile sexual assaults have prompted calls for harsher sentences or even death penalties for the perpetrators.

A nongovernment organization called Sahil that works to stop child abuse reported 2,960 cases of child sex abuse in 2020 throughout the country, not just in seminaries.

Alec and Hilaria Baldwin talk to photographers after hiding in Vermont