As Vladimir Putin limbered up on the ice hockey rink in Sochi on Friday night, one of Russia’s biggest foreign investors was gearing up for a second night in jail.

Michael Calvey, US founder of private equity fund Baring Vostok, was arrested on Thursday alongside five others on fraud charges, an alleged 2.5bn rouble ($37.4m) embezzlement linked to the fund’s dealings with Russia’s Vostochniy Bank.

On Saturday, Calvey’s request for release on bail and house arrest was rejected on grounds that he was a flight risk.

As things now stand, all six suspects – including Calvey’s partner at Baring Vostok, French national Philippe Delpal – will remain in pre-trial detention until 13 April unless their lawyers can pull off an appeal.

Prominent foreign investors behind bars. Not a novelty in Russia. But certainly not a mental image to loosen up the investment climate, which is in a state of extreme nervousness as it is with the threat of further sanctions looming.

“If they can arrest Calvey, they are not afraid to arrest anyone. To my American friends still doing business in Russia, it’s time to come home,” said the former US ambassador to Russia, Michael McFaul, on Twitter. Time at the very least to keep a low profile.

It is hard to over-state what a big deal this is. Baring Vostok has invested $3.7bn into Russia and the former Soviet states since Mr Calvey established the fund in 1994.

“He is a well-known and well-respected figure, a decent and honest man who has done much to bring investment into our country,” said Sperbank CEO Herman Gref.

Kirill Dmitriev, who runs Russia’s Direct Investment Fund, offered to vouch for him personally. “We know Michael Calvey and the team at Baring Vostok as highly professional investors committed to the highest ethical standards.”

Mr Calvey said in court he believed the charges were a way of putting pressure on Baring Vostok to drop arbitration proceedings against Vostochniy Bank in London. 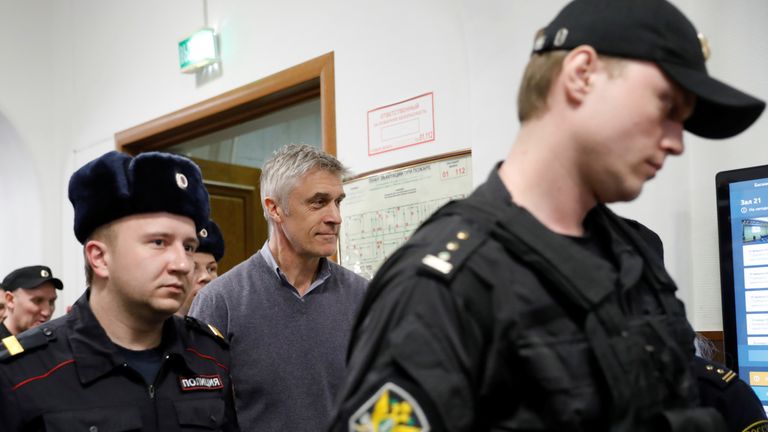 He says he’s innocent and has faith in the Russian legal system. He’ll need it.

Commercial disputes in Russia have a habit of ending up in the criminal courts – a way of ratcheting up the pressure when you want things to go your way.

In 2015 in his annual presidential address, Vladimir Putin spoke of the damage this did the business climate. Of the 200,000 businessmen accused of economic crimes in 2014, he told the nation, only a fraction ever ended up with a conviction.

But 80% saw their businesses damaged or lost by the time they got out of jail.

It’s part of the risk of doing business in Russia. Calvey knew those risks as well as as anyone, he had navigated them on behalf of pension and sovereign wealth funds for 25 years.

Which makes this all the more unexpected. This is a week which saw the Russian Investment Forum take place in Sochi and where US senators re-introduced the so-called “bill from hell” – the toughest sanctions legislation yet against Russia, if it ever ends up passing.

If anything will focus US minds in Congress as Robert Mueller continues his enquiry, it is another of their own behind bars in Russia – is that really what the Kremlin wants? 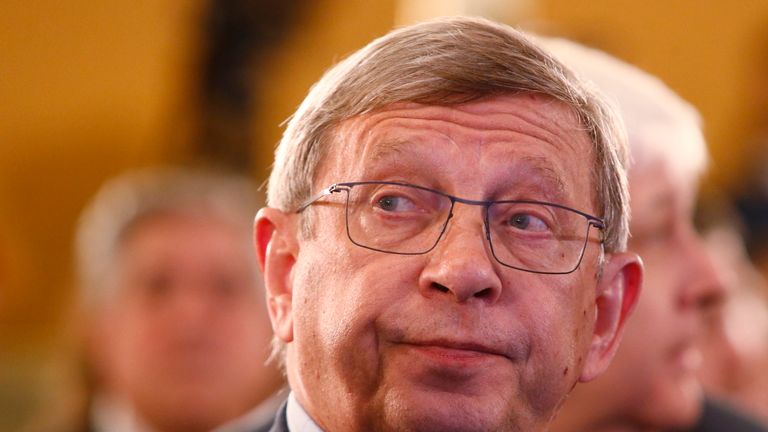 “There are a bunch of competing interests at the top,” an ex-banking source told me, “some of whom do not want things to quieten on the Western front. Given his profile, someone senior must have said it was okay.”

That’s one school of thought but it may not necessarily be the case. Once a matter lands in the courts, due process must at least be seen to be followed. Intervention from on high would not look good.

Five years ago, one of Russia’s richest men, Vladimir Yevtushenkov, was placed under house arrest on money laundering charges.

Upon his release three months later, he was promptly invited to Mr Putin’s festive Christmas dinner, sending his company Sistema’s stock sky-rocketing on the news.

It is hard to second guess what will happen here. But this arrest does Russia’s reputation no favours and that reputation is getting pretty hard to salvage.