LONDON (Reuters) – After losing the most contentious referendum in British history, James McGrory went for a drink in The Hope pub near London’s medieval meat market. Amid butchers in bloodied coats, his dream of reversing Brexit seemed hopeless. 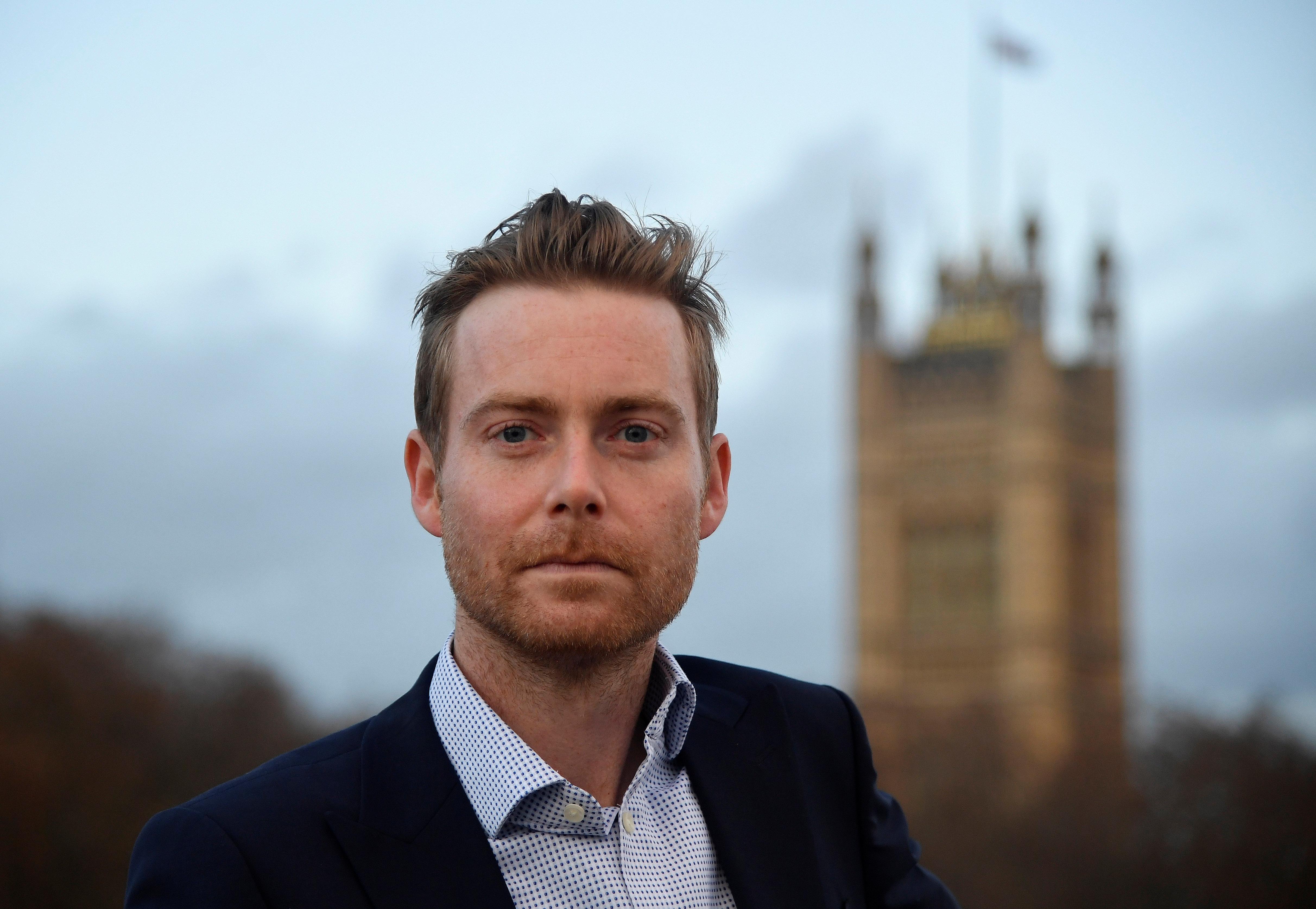 Two years later, with the country in crisis over how or whether to leave the European Union, McGrory is feeling more confident that his campaign can help secure another referendum that he hopes would overturn the 2016 result.

The idea of a second referendum has been gathering support from some senior British politicians and seems to have traction with sections of public opinion, but the political situation is so uncertain that it is hard to say whether this will actually translate into another vote, and when or how that might done, or what question might be put.

“We have gone from being seen as a fringe view, dismissed and laughed at, to now being at the center of the Brexit debate,” McGrory, the 36-year-old campaign director of the People’s Vote campaign, said in an interview.

“The odds are getting shorter every day that we get another referendum. All the momentum is with our campaign.”

Opinion polls suggest there has been a slight shift by voters towards remaining in the EU, but the public remains broadly split down the middle.

It remains unclear how exactly a second vote might be called, though some lawmakers have drafted a detailed roadmap, setting out possible legislative routes to another referendum.

Meanwhile, campaigners for another vote are busy lobbying parliament and trying to drum up public support with rallies and on social and mainstream media. They note Prime Minister Theresa May has included their desired outcome as one of three options facing the country: her deal, no deal or reversing Brexit.

U.S. investment bank J.P. Morgan said the chances of Britain calling off Brexit had increased after a string of parliamentary defeats for May cast new doubt over her plan to quit the bloc.

Turning Brexit upside down would mark one of the most extraordinary reversals in modern British history and likely alienate the 17.4 million people who voted to leave the EU.

The path to a new referendum is fraught with crisis.

May’s Brexit deal has first to be voted down in parliament on Dec. 11. Second, her government has to endure an attempt by the opposition Labour Party to topple it and then call a national election.

With the clock ticking down to March 29 and financial markets pricing in what would be a potentially disorderly exit, McGrory and his campaigners hope Britain’s politicians will accept they have come to a dead end and throw the question back to voters.

David Lammy, a Labour lawmaker, said that after parliament fails to reach a consensus it will reluctantly agree to hold another referendum as the best among a limited number of escape routes to avoid a potentially chaotic exit.

“We will probably end up going round and round in circles and when politics is stuck and cannot reach compromise then the only way to get out of that is to go back to the people,” Lammy told Reuters.

Lammy said that the situation may resemble Charles Dickens’ novel Bleak House, which revolves around a will settlement that has been in court so long that few of the participants can remember the original arguments.

A new referendum can only be called if it is approved by parliament. This could be either put forward by the government or by rebels.

The hurdles to another referendum are high.

Both major political parties are committed to leaving the EU in accordance with the 2016 referendum.

Labour Party leader Jeremy Corbyn, who voted against membership of the European Community in a 1975 referendum, has indicated he is not keen on another referendum now.

His party has said they will only support another referendum if the deal is voted down and they fail to force a general election.

Some trade union leaders opposed another referendum because they feel it would be seen as betrayal by millions of Brexit supporters in Labour’s electoral heartlands.

Brexit supporters say the 2016 vote must be respected. “It is wholly dangerous for us to turn to the people now and say, ‘You let us down. You got it wrong’,” said Nigel Evans, a Conservative MP.

Even if parliament did agree in principle to a second referendum, Britain would then have to ask for an extension to its timetable for leaving the EU to allow enough time for a campaign, probably by withdrawing its Article 50 departure notification.

On Tuesday, just hours before a five-day parliamentary debate on May’s deal, an adviser to the European Court of Justice said Britain could revoke its formal divorce notice. The court is due to rule on Dec. 10.

Even if there was a change in mood there would be controversy about what the question would be and whether another referendum would deliver a different result.

After the failure of the 2016 campaign, pro-Europeans turned on each other and blamed what they saw as the chicanery of their opponents on the Brexit campaign.

But in the wake of their defeat, a small group of influential politicians, journalists and campaigners started to hatch a plan to keep Britain inside the club it joined in 1973.

They had to face unpalatable truths.

Their 2016 campaign had been riven with rivalry, damaged by its association with then-Prime Minister David Cameron, underperformed on social media and was cast by opponents as the voice of the establishment arguing for the status quo.

In recent months, pro-EU campaigners have been feeling more optimistic. In October, the People’s Vote organized a march of almost 700,000 people through London demanding another vote.

“The tables have turned,” said McGrory. “We are the underdog. We are the scrappy campaign that is doing things a bit differently.”

In the last month, two ministers have resigned calling for another referendum.

Three of the four former British prime ministers still alive – John Major, Tony Blair and Gordon Brown – have also said a second referendum is the way to resolve the crisis.

The mood in the headquarters of the People’s Vote in Millbank Tower close to parliament is bullish.

Young people examine charts of target audiences and organize an advertising blitz to convince lawmakers to block the government’s deal.

“If anyone thinks Brexit is a done deal they should be ready for another surprise,” McGrory said.

We must ensure that those who need help receive it