London: With Angela Merkel preparing to exit the international stage, the longest-serving leader of the Group of Seven nations is Canada’s Justin Trudeau.

While he is positioning himself as the new elder statesman, no one sees him owning the role in the way the German chancellor did. 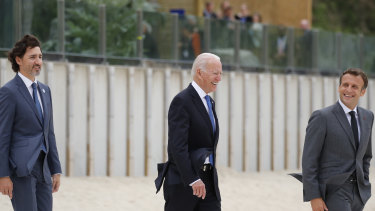 Joe Biden has decades of experience, even if he’s new to the US presidency. France’s Emmanuel Macron has aggressively positioned himself as Merkel’s heir in Europe (she will step down after an election in September) and Italy’s Mario Draghi, with his years running the European Central Bank, is used to being heard wherever he goes.

In the company of such heavyweights, the leader of the smallest G7 economy cuts a marginal figure in spite of efforts to be the new “dean,” as he became known among the Canadian delegation at this weekend’s summit in Carbis Bay on the southern English coast.

Indeed, as leaders walked down the long beach boardwalk on Friday to take their positions for the traditional “family photo,” Trudeau trailed behind as Macron made a beeline for Biden. Back in 2017, Macron had gravitated toward the fresh-faced Canadian. 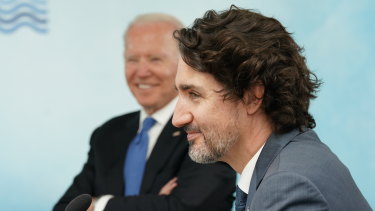 Those visuals tell only part of the story. As Brexit flared up on the sidelines of the gathering, Trudeau offered his services as mediator.

Canadian officials say the 49-year-old prime minister, in power since 2015, genuinely believes he can help Britain and the European Union find a solution to their trade dispute over Northern Ireland. No one has taken him up on the offer, it seems, even as Brexit tensions boil over on the last day of summitry.

The host, Boris Johnson, did however tap him to lead a high-stakes discussion on China and how to counter its growing economic and strategic might. A Canadian official said it was in recognition of his experience.

Grappling with China’s economic and political rise was a major feature of this year’s summit.

The G7 summit ended with a statement criticising Beijing, although the language was weaker than the condemnation sought by countries like the US and Canada.

Trudeau certainly has experienced the wrath of Beijing.

Canada has found itself increasingly squeezed between the two superpowers, which are also its largest trading partners.

“At this meeting, Canada led the way on a common approach to addressing the challenges posed by China,” Trudeau told reporters at a news conference in Cornwall. 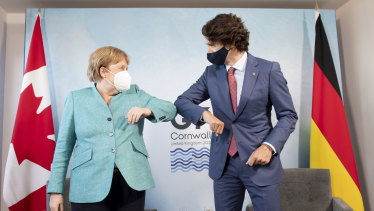 A former senior official from a G7 country remembers Trudeau at previous summits, including the one in Sicily, when the clean-shaven Canadian was literally mobbed by photographers wherever he went.

In Cornwall, his morning runs were ignored.

Back in 2017, in Taormina, the official noted that Trudeau was well liked and that one shouldn’t forget that surviving an election cycle in the current political era is no small feat.

Whether Trudeau could aspire to occupy Merkel’s throne at the G7, the official was clear: no way.

Why did Jeffrey Toobin return to CNN?