Engineering student, 22, who dreamed of becoming an RAF pilot took his own life because he feared seeking help for depression would bar him from a career in the forces

A student who dreamed of becoming an RAF pilot took his own life as he believed seeking help for depression would stop him from getting a career in the forces.

Kyle Tolley, 22, was in his final year of aviation engineering with pilot studies at London’s Brunel University at the time of his death in March 2016, an inquest heard.

His suicide note, read to the hearing at West London Coroner’s Court, described years of suffering from depressive episodes.

The coroner heard he had never sought help from doctors or counsellors, as no medical records detailed any complaints or a diagnosis of depression.

The troubled student, originally from Birmingham, wrote: ‘My dream career has zero tolerance to living with depression or having suicidal thoughts. 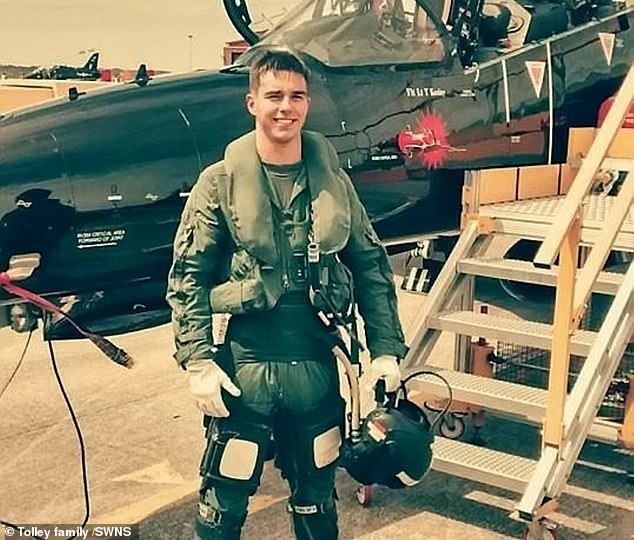 ‘I could have done my best to hide it and join it.

‘If I had gone to the GP, depression would be scrawled all over my medical records and bar me from entering a cockpit for my whole life.’

He had also been preparing his dissertation at the time of his death, and the inquest heard he had been at odds with his tutor Dr Alvin Gatto.

In a letter to Brunel University, sent by Kyle’s parents after his death, it is claimed he told his mother that Dr Gatto said he was ‘on a rocket ship to failure’.

The letter, read to the inquest, stated: ‘On 28 February I asked Kyle how he was getting on with studies and his dissertation.

‘He was very enthusiastic. He seemed really positive and had spent the previous weeks undertaking long hours.

‘This was for him to return to university on February 29 to find out all his hard work had been taken away from him by Dr Gatto.

‘He felt desperation and hopelessness as he had only had just over a month to go to start and complete another project. 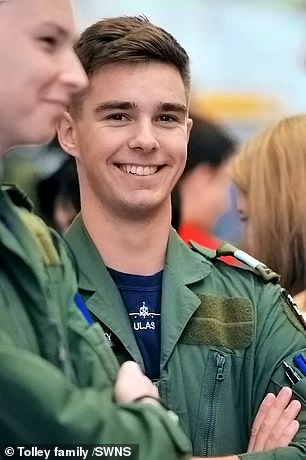 ‘He told Dr Gatto he would be returning on the 29 February to carry out his test. But Dr Gatto said to Kyle “I have done the test”.

‘His tutor told him that because he had done it, Kyle now couldn’t do it himself and he was on a rocket ship to failure.’

In a letter read to the inquest, they said: ‘We are still trying to come to terms with the loss of our son and feel we need answers before we can move on with our grief.

‘We don’t know if Dr Gatto added pressure or if he just wanted him to fail. Either way we feel Dr Gatto failed to support Kyle.

‘In his last week he was being bullied and ridiculed by Dr Gatto.’

In response, Dr Gatto, senior lecturer in Brunel’s engineering and aerospace mechanics department, said he was first been allocated as Kyle’s dissertation tutor in 2014, but Kyle had dropped out that year.

Dr Gatto said he was again allocated Kyle to tutor when he rejoined the course to complete his final year in 2015, but that was four weeks into term and so Kyle was already behind his classmates.

In a statement read to the inquest, Dr Gatto said: ‘He said he was going through the RAF application process at that point and wasn’t available. He set up a time, but didn’t attend.

‘I asked for an update in the second term and he responded indicated that he was busy with job applications. He mentioned he had made some progress and was likely to do experimental testing in the next two weeks.

‘We met after some initial testing and I gave Kyle the task of building and installing the cascades Kyle produced a design for the cascade that was rudimentary – much less then I expected.’ 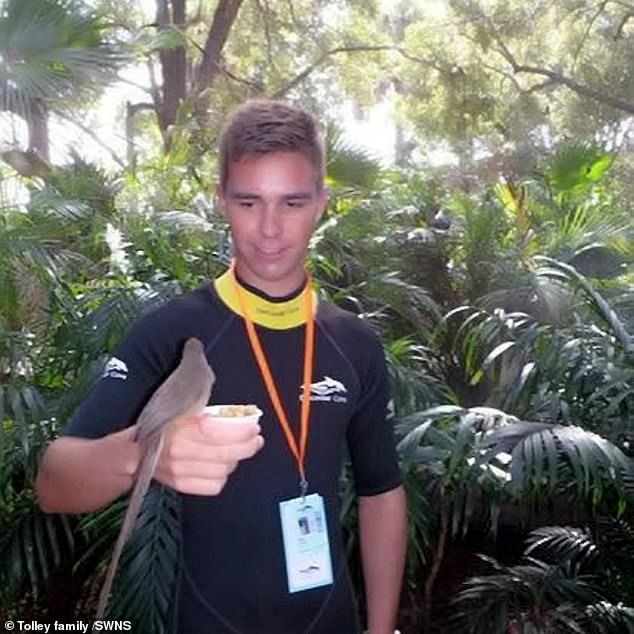 The coroner heard Kyle (pictured) had never sought help from doctors or counsellors, as no medical records detailed any complaints or a diagnosis of depression

The lecturer added that other students wanted to use the improved system for their own projects – and so Kyle needed to complete the installation so that others could progress.

He said he built and installed the air system himself and told Kyle he could not take the credit for that part of the project.

Dr Gatto said: ‘To my frustration, Kyle mentioned he was going home.

‘He seemed almost oblivious to the time and red flags about the trip home. I thought he wasn’t fully engaged with the project.

‘Once I realised he was going to be absent I made the decision to go ahead and build it myself.

‘I considered Kyle somewhat unreliable and I was not willing to delay the progress of other students.

‘It led me to warn him he was going to fail. This was a very stern and serious chat. Immediately after this exchange I sat down and made a plan to allow him to finish his degree.

‘Over the next few days – and to his credit – his engagement improved.

‘I always had a desire to get the best out of him and his project, I truly believed he turned a corner after our chat which made news of his passing a truly incomprehensible event.

‘I have to contradict what is said in the letter. I do not recognise that phrase “on a rocket ship to failure” as something I would have said, nor do I recall doing so.’

Recording a verdict of suicide, Assistant Coroner Dr Sean Cummings said: ‘My ultimate conclusion is one of suicide. 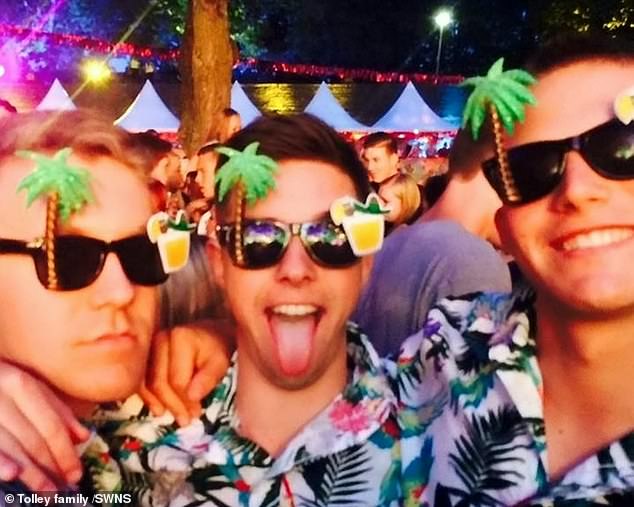 Kyle’s parents said the death of their son (pictured centre, with friends) had changed their lives forever

‘It is clear to me from reading Dr Gatto’s statement and the fact that Kyle was awarded a B+, despite his evident depressive illness in the suicide letter, that Kyle was a bright and intelligent man.

‘His perception of himself and his feelings of negativity were affected by his depressive illness and that’s what led him to take his own life.’

Speaking after the inquest, Kyle’s mother Michelle Tolley said: ‘He was actively applying to join the RAF and had already passed a number of stages.

‘Unfortunately, in his first final year, Kyle was the victim of an assault, which resulted in him preparing and providing evidence in numerous court hearings.

‘The court found in his favour and the assailant was charged accordingly. However, as result of this Kyle requested to re-sit his final year.’

She added: ‘We as his family believe that Kyle was not adequately supported by his university in his final year.

‘We did make a formal complaint and would hope there are lessons to be learned in the future.

‘They need to understand that when students choose to undertake a degree course, this becomes their number one priority, so when any mention of failure is discussed with a student, they need to ensure that additional support is made available to them. This was not provided to Kyle.’