Millions of students may be struggling to make ends meet but bosses at Britain’s elite universities are enjoying luxury hotels, fine dining and executive travel, The Mail on Sunday can reveal.

Vice-chancellors have been criticised over pay packages averaging more than £350,000 – but our findings show they have also spent more than £1.5 million between them on expenses.

Figures from 20 of the 24 Russell Group of universities reveal that staff have not only run up bills of thousands of pounds on high-end travel and accommodation, they also claim for more minor outlays such as £2.25 in chicken restaurant Nando’s. 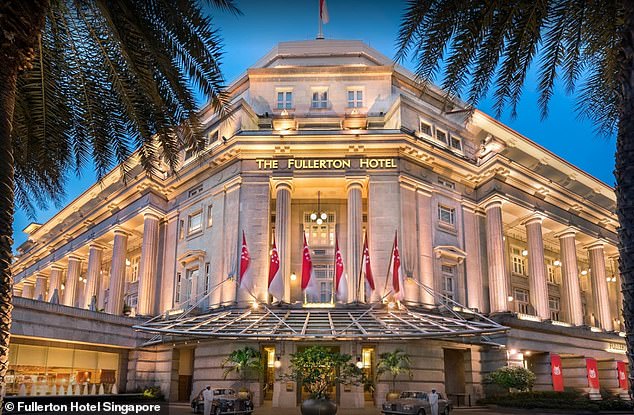 Cambridge University spent almost £40,000 booking staff into luxury hotels including The Fullerton Hotel in Singapore, but said they were ‘appropriate’ venues for high-level business

A spokesman said ‘appropriate’ venues were needed for high-level business, adding they are ‘committed to making savings’.

Durham’s £296,000-a-year vice-chancellor Stuart Corbridge charged £24,609 for flights, though a spokesman said: ‘He only travels business class if it’s overnight or if he has a meeting directly after a long-haul flight.’

At Bristol University, which has declared a ‘climate emergency’, staff racked up thousands of air miles between 2015 and 2018, including six visits to Shanghai and two to Washington DC. Five senior officials also charged for 111 trips with cab firm Uber. A spokesman said international travel was a vital part of the university’s work. 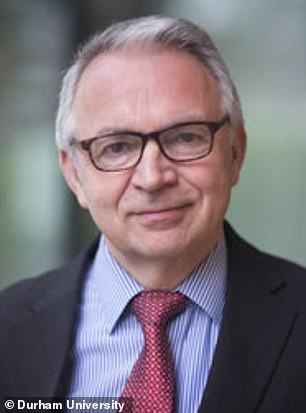 The records of credit and charge-card spending, obtained under Freedom of Information laws, also reveal how thorough some expense claims are. Cardiff’s former pro vice-chancellor Dylan Jones spent £32.36 in a Punjabi McDonald’s, and his successor Nora de Leeuw spent £461 at a pizza restaurant in Brazil.

While there is no suggestion of wrongdoing, the figures come amid concern about inflated salaries. Last year, Dame Glynis Breakwell resigned as Bath’s vice-chancellor in a row over her £468,000 annual pay package.

Claire Sosienski Smith, of the National Union of Students, said of the expense claims: ‘Senior management must see themselves as accountable to students and prioritise spending that will benefit the entire university community, rather than individual members of staff.’

Unusual expenses from staff at Oxford included £6.10 at Haagen-Dazs ice cream in Brussels, £22 at Hotel Chocolat, £42 at a whisky shop and £270 at M&S. A spokesman said: ‘These expenses were a legitimate part of their work maintaining Oxford’s exceptional academic environment.’

Ed Byrne, the £350,000-a-year head of King’s College London, made 43 trips to the capital’s Athenaeum private club at a cost of £4,068. Senior staff also spent a total of £9,013 on five-star hotels, including The Ritz, the Sydney Harbour Marriott and The Fullerton in Singapore – as well as £6.10 in an Odeon cinema. 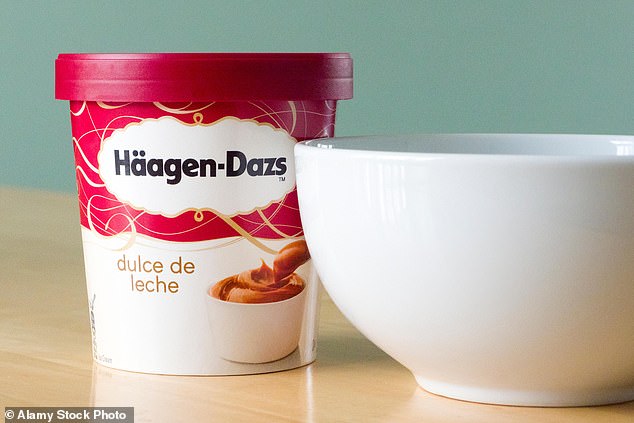 Staff at Oxford used their expense accounts to pay for items including £6.10 worth of Haagen-Dazs ice cream in Brussels (file)

Expense claims by Newcastle University’s senior team included £2.25 in Nando’s, £5.99 in Burger King and £3 in Pryzm, a nightclub popular with students. By contrast, two staff members stayed at the five-star Renaissance Hong Kong Harbour View Hotel and The St Regis Beijing hotel, costing £2,811 and £1,049 respectively. A spokesman said: ‘Newcastle is a global university with campuses in South East Asia. This involves international travel.’

Of the 24 institutions asked for information, Glasgow said it did not have a corporate credit card. Leeds, Sheffield and Southampton did not provide figures.

Universal Credit: Lags in PRISON buy food from their own canteens to donate to foodbanks for struggling Brits