At least 668 sailors and aircrew from France’s flagship aircraft carrier have tested positive for coronavirus, the country’s armed forces have confirmed.

It comes after a majority of the 1,767 crew on board the Charles de Gaulle carrier were evacuated and tested for the virus after arriving in port at Toulon on Sunday.

Of those infected, 31 are in hospital and one is in intensive care. The number of infected is likely to rise further, since not all test results have come back yet. 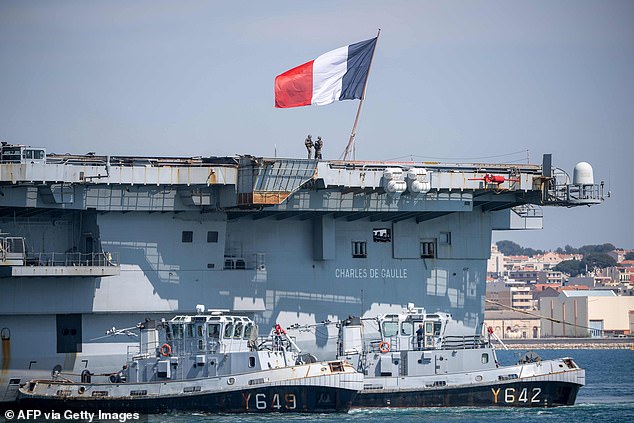 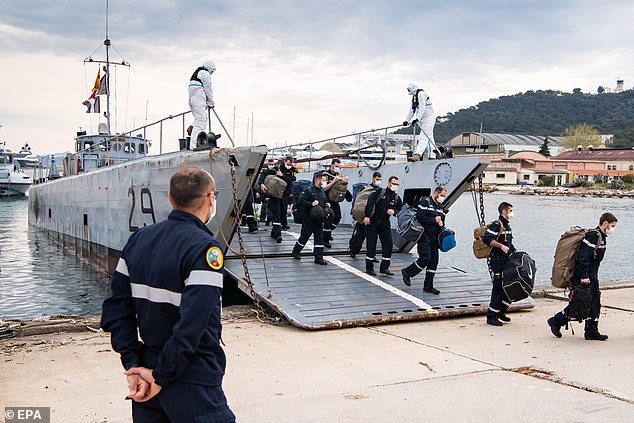 A majority of the 1,767 crew were evacuated and tested for the virus when the ship docked at Toulon on Sunday after an outbreak on board 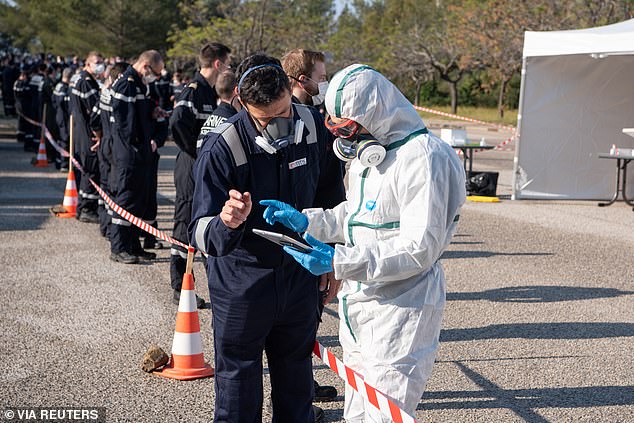 31 of those infected are now in hospital while one is currently in intensive care (pictured, crew members are tested for the virus as they are evacuated from the ship)

The health emergency comes after a training exercise with NATO allies including a British frigate.

‘Of those who were on board, 668 have tested positive to Covid-19, but there will be more because around 30 per cent of test results are still not known,’ said an Armed Forces Ministry spokesman in Paris.

A ‘disinfection process’ is currently underway on the Charles de Gaulle, as a skeleton crew remains on board to maintain and safeguard the warship’s nuclear reactor.

At the end of last month the Charles de Gaulle was the flagship for NATO Maritime Group One as it took part in a training exercise off the east coast of Denmark.

The force included the Royal Navy Type 23 frigate HMS Sutherland, which has a complement of 185.

Cases of Coronavirus have also been reported on the Belgian frigate Léopold 1, which was escorting the Charles de Gaulle. 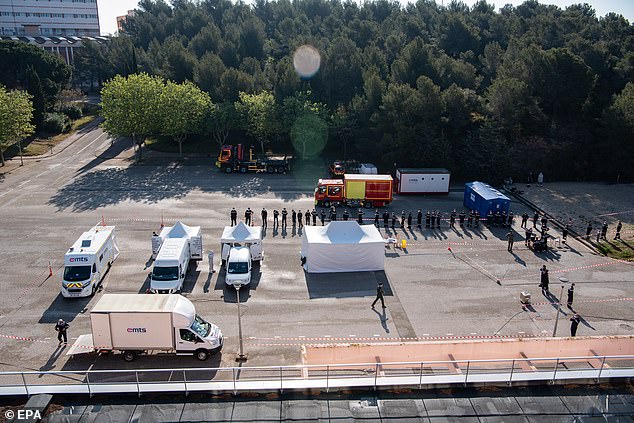 The French armed forces have warned that the number will keep rising because a third of the test results have yet to come back (pictured, a testing station for sailors)

Beyond sailors and commandoes, the Charles de Gaulle has an air wing of 600 pilots and support crew.

Florence Parly, France’s Armed Forces minister, admitted that Coronavirus was leading to a review of her country’s defence commitments around the world.

‘Does Covid-19 change our plans and our operations? Yes, sometimes,’ Ms Parly told a Senate Committee of Foreign Affairs. ‘But does it deflect us from our objectives? No.’

The Charles de Gaulle crisis reflects that on board the American nuclear powered carrier Theodore Roosevelt.

The Roosevelt’s captain, Brett Crozier, was relieved of his command on April 2 following an outbreak of Covid-19 on board that led to 585 crew members testing positive, and one dying.

The Charles de Gaulle, which carries aircraft including Rafale M fighters and AS532 Cougar helicopters, was launched in 1994.

She was the only nuclear-powered aircraft carrier built outside of the United States Navy. 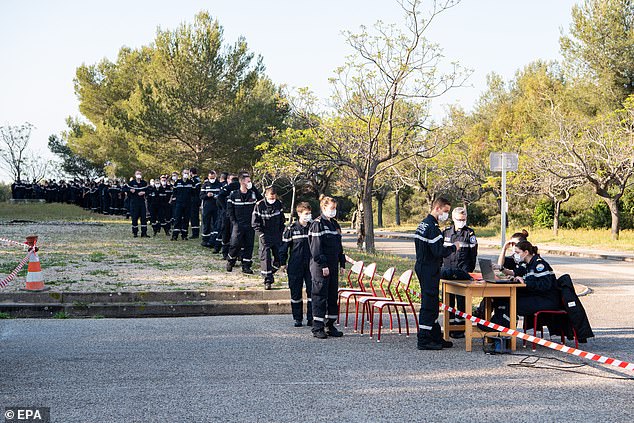 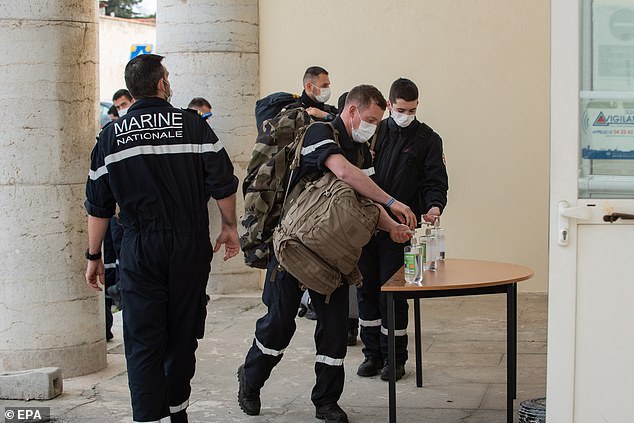 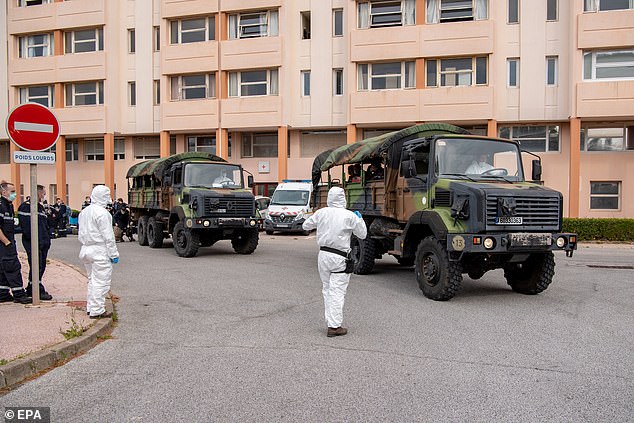 Cases of coronavirus have also been confirmed aboard Belgian frigate Léopold 1, which was charged with escorting the Charles de Gaulle (pictured, French crew are evacuated)