Saudi state media reported prosecutors will seek the death penalty for at least five of 11 suspects after they attended their first court hearing.

Mr Khashoggi, who was critical of Saudi Arabia’s powerful Crown Prince Mohammed bin Salman, was killed after entering the Saudi consulate in Istanbul, Turkey, on 2 October.

The kingdom initially denied Mr Khashoggi was murdered but – under increasing international condemnation – later changed its story and admitted the 59-year-old was killed as part of a “rogue operation”. 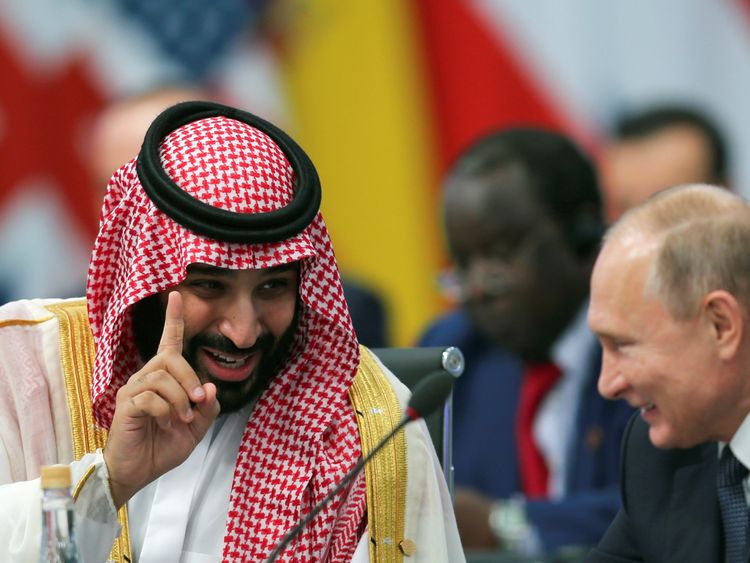 Turkish media has published pictures of members of the crown prince’s entourage at the consulate ahead of the killing.

But Riyadh has strongly pushed back at accusations of blame towards Mr bin Salman.

The state-run Saudi Press Agency and the kingdom’s state TV gave few other details on Thursday about the court hearing and did not name the suspects.

But, in a statement from prosecutors, they were said to have attended with their lawyers.

It also claimed a request to Turkey for evidence has so far received “no response”, with prosecutors “still waiting for an answer”.

Turkey has previously said it shared evidence with Saudi Arabia and other countries.

Prime Minister Theresa May vowed to be “robust” with Mr bin Salman ahead of their meeting at a G20 summit in November.

She urged the crown prince to hold those responsible for the murder to account and to take action to prevent any further such incidents.

Mrs May has been urged to suspend UK arms sales to Saudi Arabia in the wake of Mr Khashoggi’s killing.

More than a dozen dead in Alabama tornado