The Attorney General was reduced to tears by the fight to save Theresa May’s Brexit deal, The Mail on Sunday can reveal.

As the Prime Minister suffered her worst week since the humiliation of the 2017 Election, even hardened observers were stunned when Geoffrey Cox welled up on the front bench.

The Commons witnessed four days of extraordinary scenes, but none more shocking than the QC’s emotional response to the Government being found in contempt of Parliament for the first time in history. 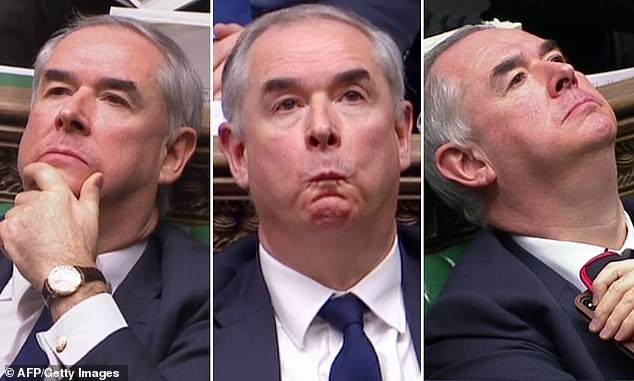 After a torrid battle to halt the release of his legal advice about Mr May’s deal, the Brexiteer was expecting a pasting from devout Leaver Nadine Dorries on Tuesday evening. But when she rose to praise the integrity and honour of the Government’s most senior lawyer, his emotions were clear.

‘Geoffrey was hung out to dry’ says one Tory MP. ‘He was told his candid advice would never see the light of day and the whips said they would win the vote to block it.’

Yet that was not the only historic event at Westminster. The Prime Minister, who has famously boasted: ‘I don’t gossip about people and I don’t go drinking in Parliament’s bars’, was spotted in a MPs’ watering hole, appearing to make small talk with supporters over a fruit salad in the Members’ Tea Room on Monday evening. One MP joked: ‘It’s unfair to say she hasn’t been in there for a decade, I saw her nine years ago.’ 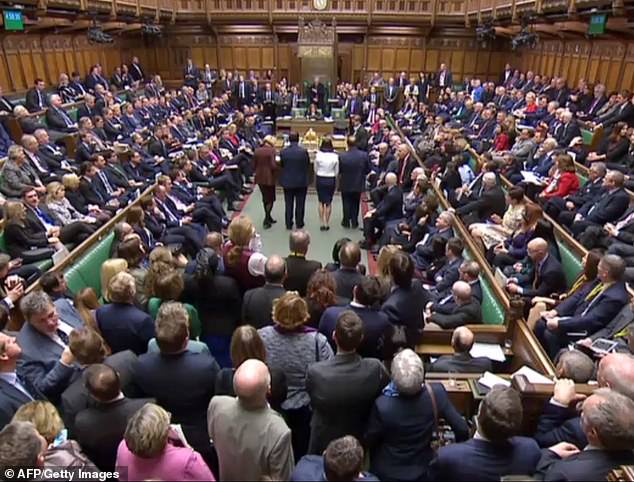 The Commons witnessed four days of extraordinary scenes, but none more shocking than the QC’s emotional response to the Government being found in contempt of Parliament for the first time in history

Tension boiled over when the Commons sat late into Tuesday night. As Boris Johnson insisted he could get a better Brexit deal, rival Tom Tugendhat angrily shouted across the Commons, branding him an ‘effing disgrace’ and savaging his record at the Foreign Office. Sources claim formal complaints have been made to No 10 after Smith ‘noticeably refused to condemn’ Tugendhat’s ‘appalling’ actions.

In another spat, Energy Minister Claire Perry was accused of telling Shadow Minister Paula Sherriff to ‘f*** off’ when she overheard her discussing the Tory defeat. Ms Perry last night admitted using ‘robust language’, but accused the Labour MP of ‘aggressive’ remarks that she has reported to the MPs’ watchdog.

Boy, three, found wandering around petrol station alone in his pyjamas at night