A German Gestapo costume for sale online by a British fancy dress company was slammed by the Auschwitz-Birkenau memorial and museum.

A tweet from the official account, which called the £38.05 costume ‘disrespectful on so many levels’, has divided opinion with some people saying the uniform is historically relevant while others said it was ‘disgraceful’ and ‘disgusting’.

The Gestapo were the official secret police of Nazi Germany and Nazi-occupied Europe who played a key role in the extermination of Jews. 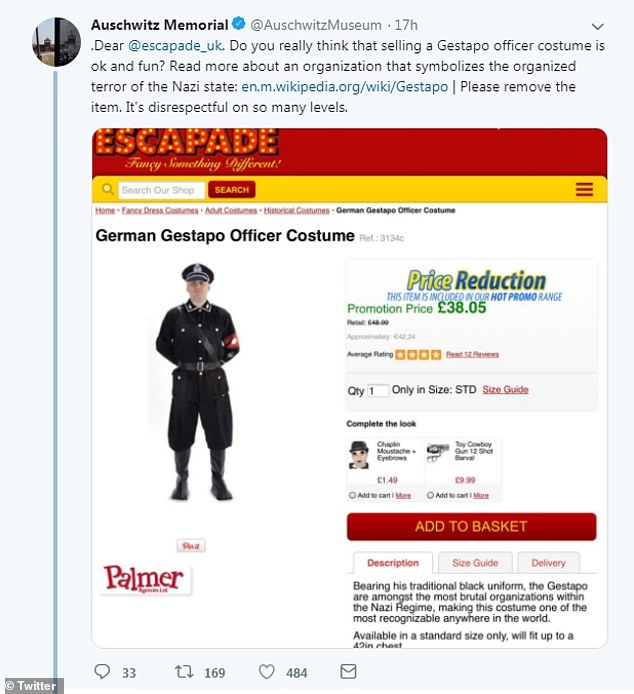 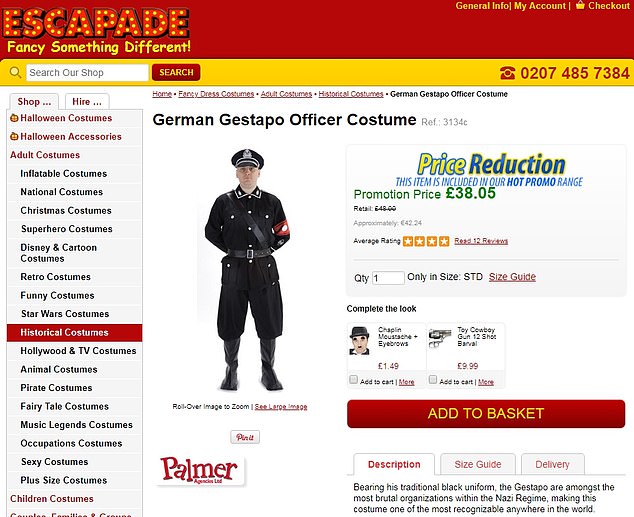 The tweet from the former concentration camp where over one million Jews were exterminated has called for the costume, included in the website’s “hot promo range”, to be discontinued. 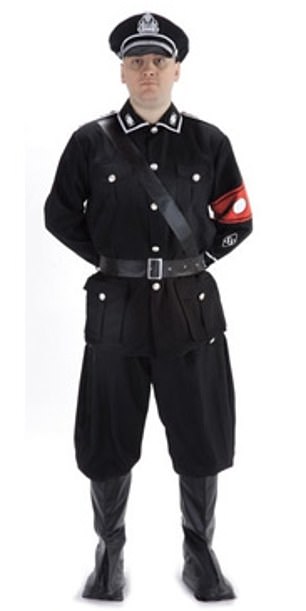 The costume, being sold for £38.05, is included in the website’s ‘hot promo range’

It read: ‘Dear @Escapade_UK. Do you really think that selling a Gestapo officer costume is ok and fun? Read more about an organization that symbolizes the organized terror of the Nazi state.’

The message included a link to further reading about the Gestapo before adding: ‘Please remove the item. It’s disrespectful on so many levels.’

Reacting to the tweet, most people tended to agree with the sentiment from the museum and memorial in Poland.

Matt Holub said: ‘please do the right thing and take it down.’

The Gestapo was created by Hermann Göring in 1933 and headed by Heinrich Himmler the year after. Birkenau was one of three Auschwitz camps and was the largest extermination camp (death camp) run by Nazi Germany during The Holocaust.

Below the costume on the Escapade UK website, a ‘complete the look’ option offers a ‘Chaplin Moustache + Eyebrows’ for £1.49, alongside a toy gun.

Some people leapt to the defence of the costume shop with its base in Camden, highlighting the subject of the costume’s historical importance and use in TV.

Daniel Gamble said: ‘There are legitimate reasons for a costume such as this. Reinactments, plays, films, etc… sometimes you have to visualize the hateful to expose it for what it is. By hiding it, we hide the lesson as well.’

‘They are used in movies, plays, etc. for drama & satire. E.g. ‘The Producers’ or Sarah Silverman on TV as Hitler. If the costumes should not be available then should the skits, movies, & plays w the costumes be banned or impossible?’ pointed out a user called Tinny Ray.

A review of the costume on the Escapade website said it ‘looked good’ and was ‘easy to wear as long as you can take the stick.’

In the listing for the costume, Escapade make reference to the Gestapo’s brutality and say the uniform is ‘one of the most recognizable anywhere in the world.’ 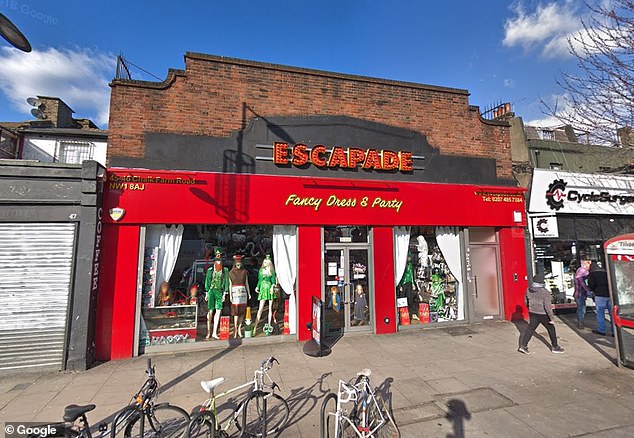 Escapade fancy dress and party store in Camden, London. They are selling the costume online 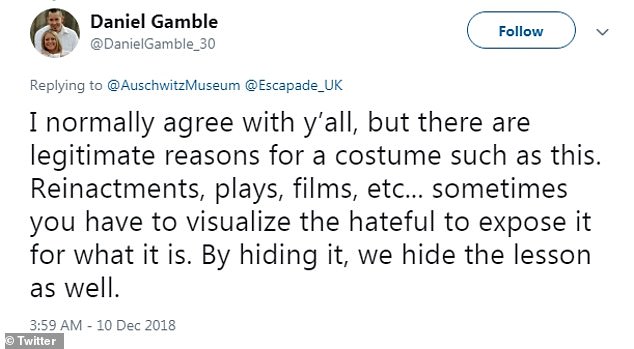 The costume is made by Northern Ireland-based Palmer Agency who have been contacted for comment alongside Escapade UK who were slammed in the tweet from Auschwitz-Birkenau museum.

The Auschwitz-Birkenau museum and memorial and the Jewish Historical Society of England have been contacted for comment.

A buyer of the costume rated it four out of five stars on Camden-based Escapade’s website and said ‘it’s easy to wear if you can take the stick’.

The loudest voices in lockdown were appallingly entitled (and wrong)

Frank Oz says he's not welcome to perform with the Muppets or on 'Sesame Street': 'Disney doesn't want me'