London: A rare Australian-made Japanese flag used during one of the navy's most daring and secret military raids on the Japanese during World War II is expected to fetch up to $72,000 at auction.

The flag is one of two that adorned the MV Krait during Operation Jaywick, which was carried out by an elite squad comprising Australian and British sailors and soldiers in 1943. 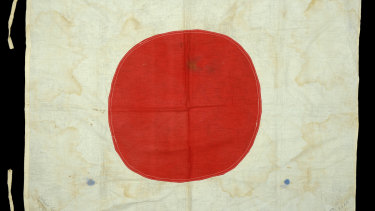 The Japanese flag going up for auction contains signatures placing it in the Krait.Credit:Dix Noonan Webb

It is being sold by auction house Dix Noonan Webb on December 2, along with medals belonging to the Krait's captain Lieutenant Hubert Edward Carse. The last survivor of the raid, Able Seaman Moss Berryman died in August this year.

Under Article 23 of the 1907 Hague Convention on War — the multilateral treaty governing conduct in conflict — "It is especially forbidden […] to make improper use […] of the national flag or of the military insignia and uniform of the enemy." 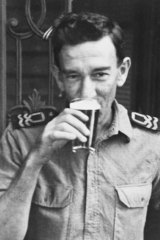 Lieutenant HE Carse, Royal Australian Naval Volunteer Reserve and commander of the MV Krait, which clandestinely transported Jaiwick operatives from Australia to Singapore and back. Credit:Australian War Memorial

In September 1943, the 14-man crew wore sarongs, coloured their skin and dyed their hair with tanning make-up to disguise themselves as Malay fisherman They sailed from Exmouth Gulf, Western Australia, to Subor Island, 11 kilometres from Singapore.

Six commandos used three two-man canoes to paddle into the harbour and attach mines to the hulls of seven ships on the night of September 26. The explosions sank and damaged seven Japanese ships. 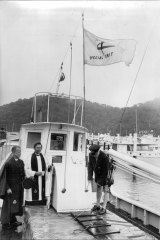 The Krait at Church Point, Sydney, in 1973.Credit:Archives

The Allies escaped safely and never admitted the plot, leading the Japanese to wreak vengeance on the Singaporeans. The Krait can be viewed at the Australian Maritime Museum in Sydney.

"Krait is at the museum, but isn’t part of our collection," a museum spokesman said.

"It is actually part of the Australian War Memorial Collection but it is moored here. Our fleet staff maintain the vessel. It is in excellent condition for a vessel of the age."

While public access to the boat itself isn’t allowed, visitors to the museum during non-COVID times can “tour” the boat via virtual reality.

The heroic raid was immortalised in the 1989 British-Australian television mini-series The Heroes, based on Ronald McKie's book of the same name, starring Jason Donovan and Cameron Daddo.

John Burridge, Dix Noonan Webb's Australasia representative, said while there were two Australian-made Japanese flags used, the whereabouts of only one is known. 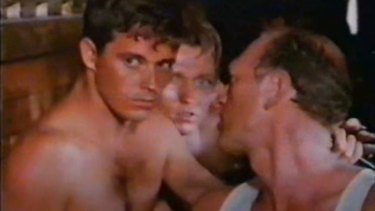 "The making of a Japanese flag by the Australians did break the Geneva Convention, but they were granted a special dispensation, and later on each participant in the raid was allowed to take an item from the vessel," he said.

Burridge said the medals and the flag were part of a collection belonging to SES volunteer Warwick George Cary, from Engadine in Sydney, who died earlier this year.

Carey's family have put up his various war memorabilia for auction. In October, a Victoria Cross awarded to seaman James Gorman of HMS Albion for his gallantry during the Crimean war fetched nearly £300,000 ($540,000). 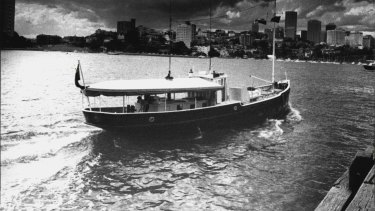 The Krait, photographed in 1983. Credit:Joanna Bailey

The museum said that the flag would be "a historically significant addition to any Australian museum collection" if the buyer chose to donate it.