A baby girl born without all four limbs due to a rare genetic disorder has left doctors and family members baffled in India.

A woman, who local media report is 28 years old, gave birth to the child in the Sakla village of Sironj Tehsil in the Vidisha district yesterday.

According to reports, the baby was born with an autosomal recessive congenital disorder – Tetra-Amelia – which is characterised by the absence of all four limbs. 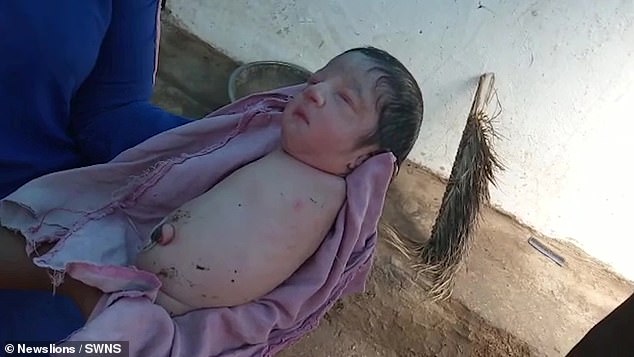 Footage shows a woman holding the baby which is missing both its arms and legs and is wrapped in a blanket.

Doctors suggest the baby will be taken in for further assessments to check if her internal organs have developed properly.

Tetra-Amelia syndrome is a genetic disorder caused by mutations in the WNT3 gene and is extremely rare. 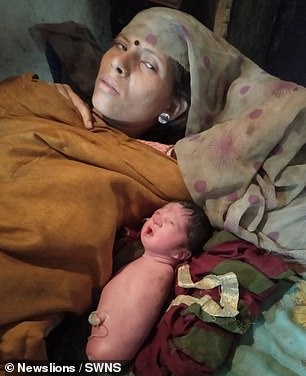 The baby was born with Tetra-Amelia, a rare genetic disorder

According to Bhopal CMHO and paediatrician Dr Prabhakar Tiwari, the syndrome affects one in 100,000 newborns. He said this is the first such case of his career.

A 2011 study by Dr Eva Bermejo-Sanchez of the Research Centre on Congenital Anomalies (CIAC) at the Instituto de Salud Carlos III in Spain shows that the disorder occurs in around one out of every 71,000 pregnancies.

There have been several cases of the syndrome over the years, including RJ Wilson from Florence, South Carolina.

His mother Jasmine Self was five months pregnant when an ultrasound scan revealed her little one’s limbs were not developing.

After being advised to terminate her pregnancy, Ms Self and her boyfriend Rondell Wilson decided to not to give up on their baby. 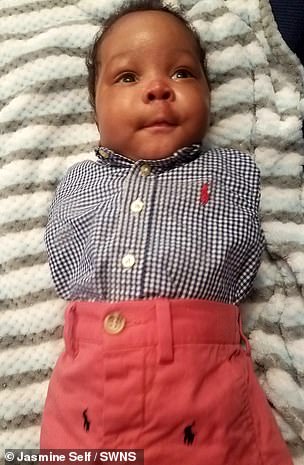 Baby RJ Wilson (pictured left and right, with his mother Jasmine Self, aged four months) was born with the rare condition tetra-amelia, which causes him not to have his arms or legs

Another inspiration case is Nicholas James Vujicic, born in 1982, who was also born with the syndrome.

The Australian father-of-four is now a renowned motivational speaker and author of several books.

He has travelled to more than 44 countries to advocate positivity and motivation despite his circumstances. 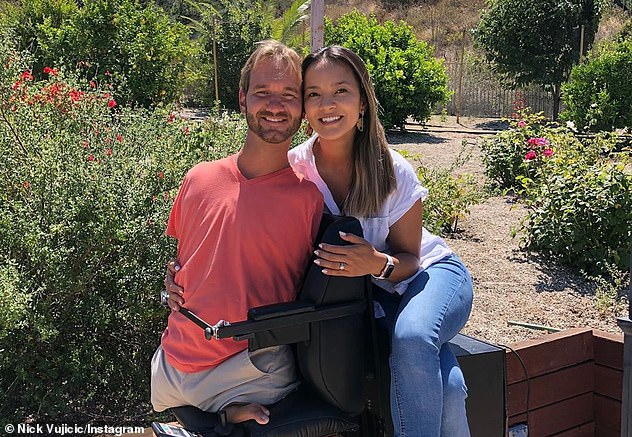 He offers his guidance and sharing his story with school students, prison inmates and community groups.

Speaking to 60 Minutes in an interview last year alongside his wife, Kanae, he revealed that schoolyard bullies were often cruel and by age 10 he had attempted to take his own life.

WHAT IS TETRA-AMELIA SYNDROME?

Tetra-amelia syndrome is a very rare disorder where a baby is born without any of its limbs.

The condition can also cause severe malformation of other parts of the body, including the face, heart, nervous system, skeleton and genitals.

The lungs are often also underdeveloped, which can make breathing difficult or impossible unaided.

Due to the severity of a sufferer’s condition, many patients are stillborn or die shortly after birth.

Tetra-amelia syndrome’s prevalence is unclear, however, it has only been reported in a few families worldwide.

It is caused by a genetic mutation in a section of DNA that plays a critical role in development before birth.

Management otherwise depends on the severity of other malformations.

Source: US National Library of Medicine

Missing Russian ballerina may have been dismembered, dissolved in acid