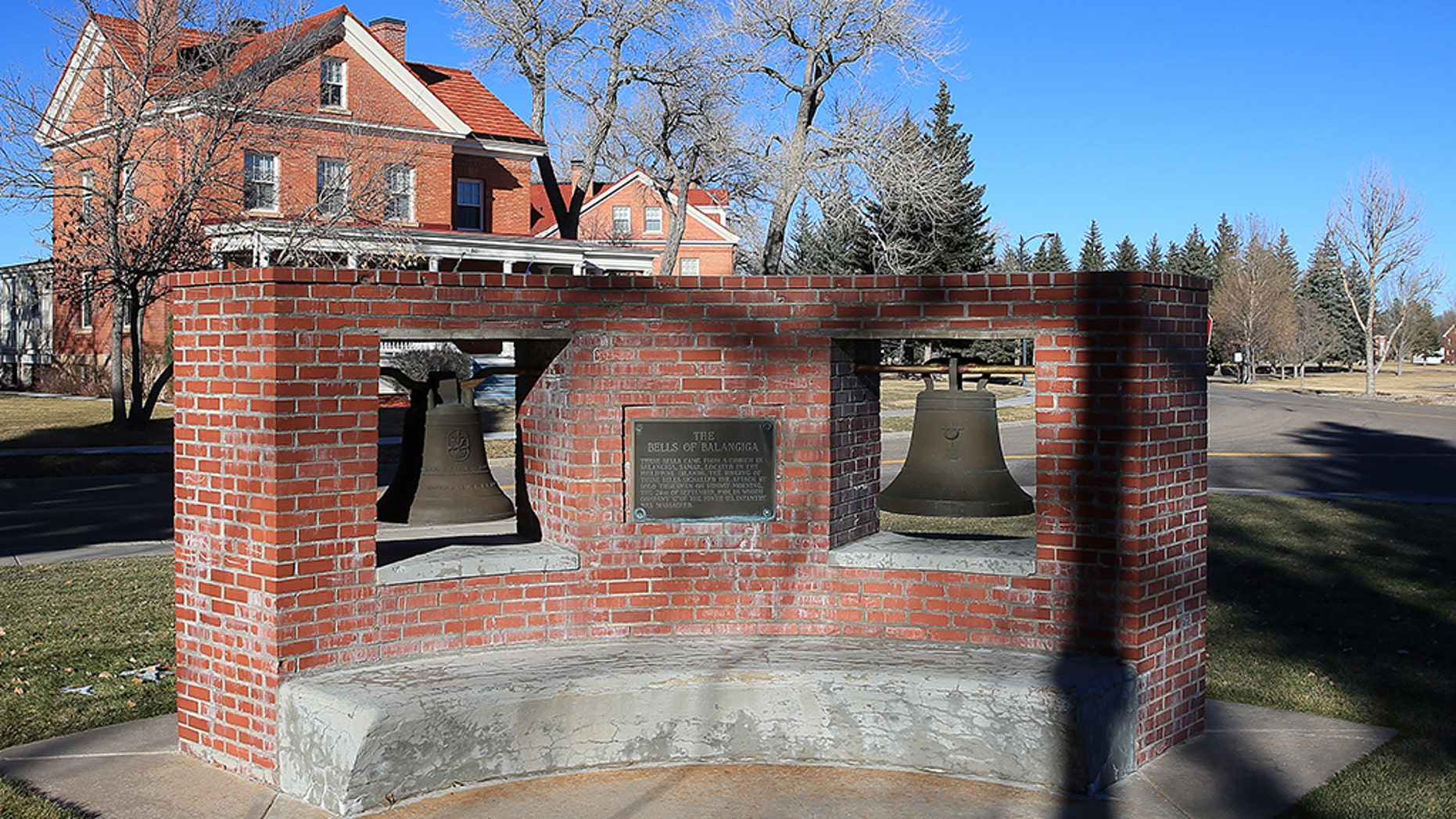 Three war-trophy church bells seized by U.S. troops more than a century ago were returned to the Philippines Tuesday morning. Two of the Bells of Balangiga, pictured, were at F.E. Warren Air Force Base in Cheyenne, Wyoming, and the third was with the U.S. Army in South Korea. (Blaine McCartney/The Wyoming Tribune Eagle via AP)

Three war-trophy church bells seized by U.S. troops more than a century ago were returned to the Philippines Tuesday morning, according to reports, following the controversial decision to repatriate them as an important gesture of friendship between the two countries.

“This morning, a US Air Force plane bearing three historic bells from San Lorenzo de Martir Church in Balangiga will land at Villamor Air Force Base. These bells were taken 117 years ago; later today it will be my honor to return them. Their safe return is thanks to the efforts of US Secretary of Defense James Mattis, supported by President Trump, and is driven by respect for the Philippines, our friend, partner, and ally,” the U.S. Ambassador to the Philippines, Sung Kim, wrote in The Philippine Star.

U.S. Army soldiers took the bells after an attack killed 48 American troops in 1901, during the U.S. occupation of the Philippines. Two of the Bells of Balangiga were at F.E. Warren Air Force Base in Cheyenne, Wyo., and the third was with the U.S. Army in South Korea.

Citizens of the Philippines revere the bells as symbols of national pride. President Rodrigo Duterte repeatedly had called for their return.

“Good hearted individuals and groups labored for decades to bring the bells home. Former presidents, Cabinet secretaries, Philippine and US ambassadors, historians, philanthropists and many others worked tirelessly to raise awareness of the history of the bells and to advocate for their dignified return,” Kim added.

The Trump administration agreed that bolstering the U.S. relationship with a key international ally outweighed concerns at home, even among Republican political allies.

“History reminds us that all wars end. In returning the Bells of Balangiga to our ally and our friend, the Philippines, we pick up our generation’s responsibility to deepen the respect between our peoples,” Mattis said in a bon-voyage ceremony at the F.E. Warren base last month.

Soldiers from the Philippines fought alongside U.S. troops in World War II, the Korean War, Vietnam and in the recent struggle against international terrorism, Mattis pointed out.

“To those who fear that we lose something by returning the bells, please hear me when I say that the bells mark time, but courage is timeless,” Mattis said last month.

Wyoming Gov. Matt Mead, a Republican, said at the time he sided with U.S. veterans who worried that returning the bells could lead to the repatriation of any number of items serving as memorials to American war dead.

Wyoming’s all-Republican congressional delegation also opposed the bells’ return, saying repatriation would set a dangerous precedent for other veterans’ memorials in the U.S.

When was the high five invented?