BERNIE Sanders' praise of the Cuban dictator Fidel Castro may spell the 2020 downfall of the Democratic frontrunner. 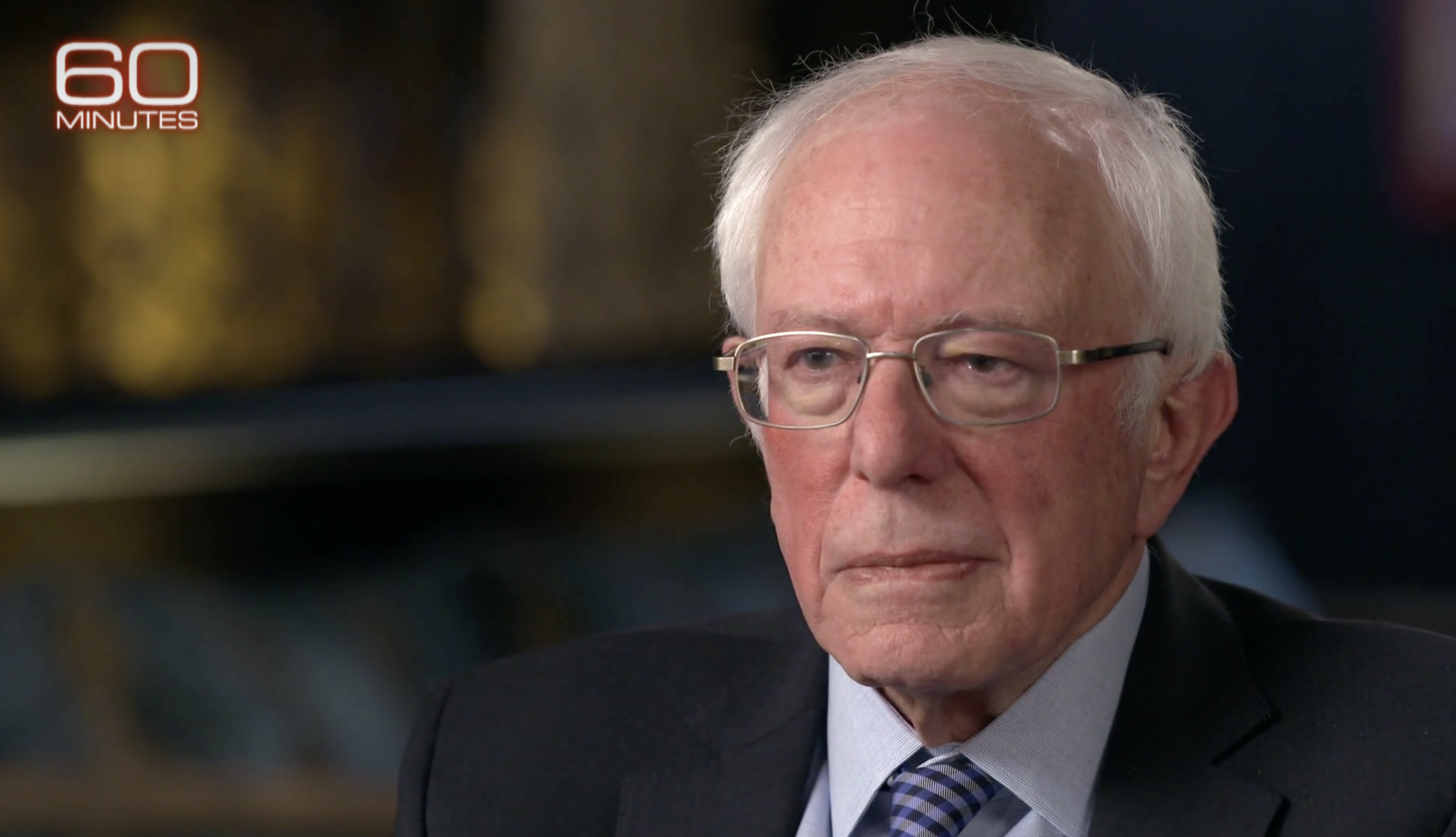 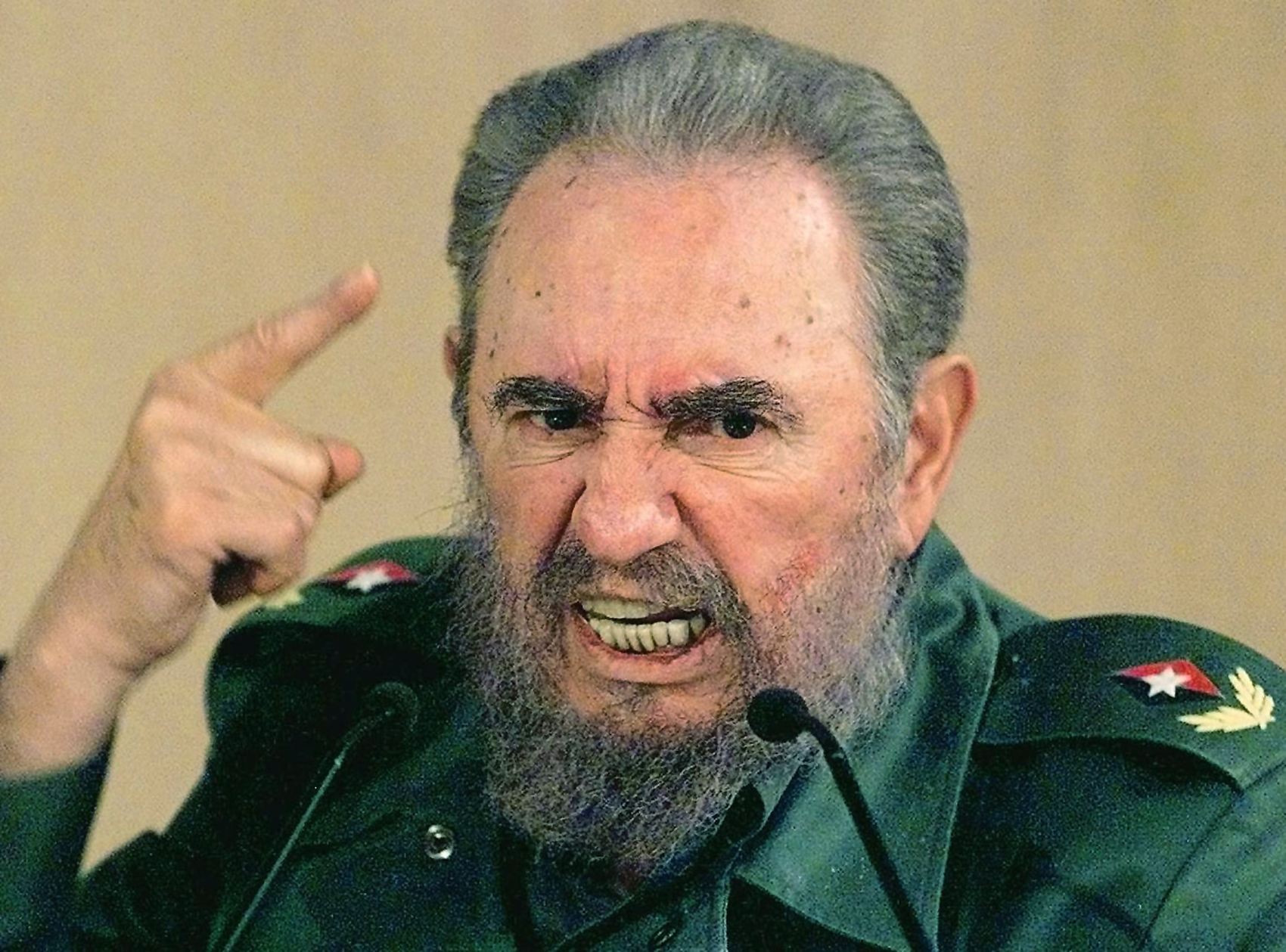 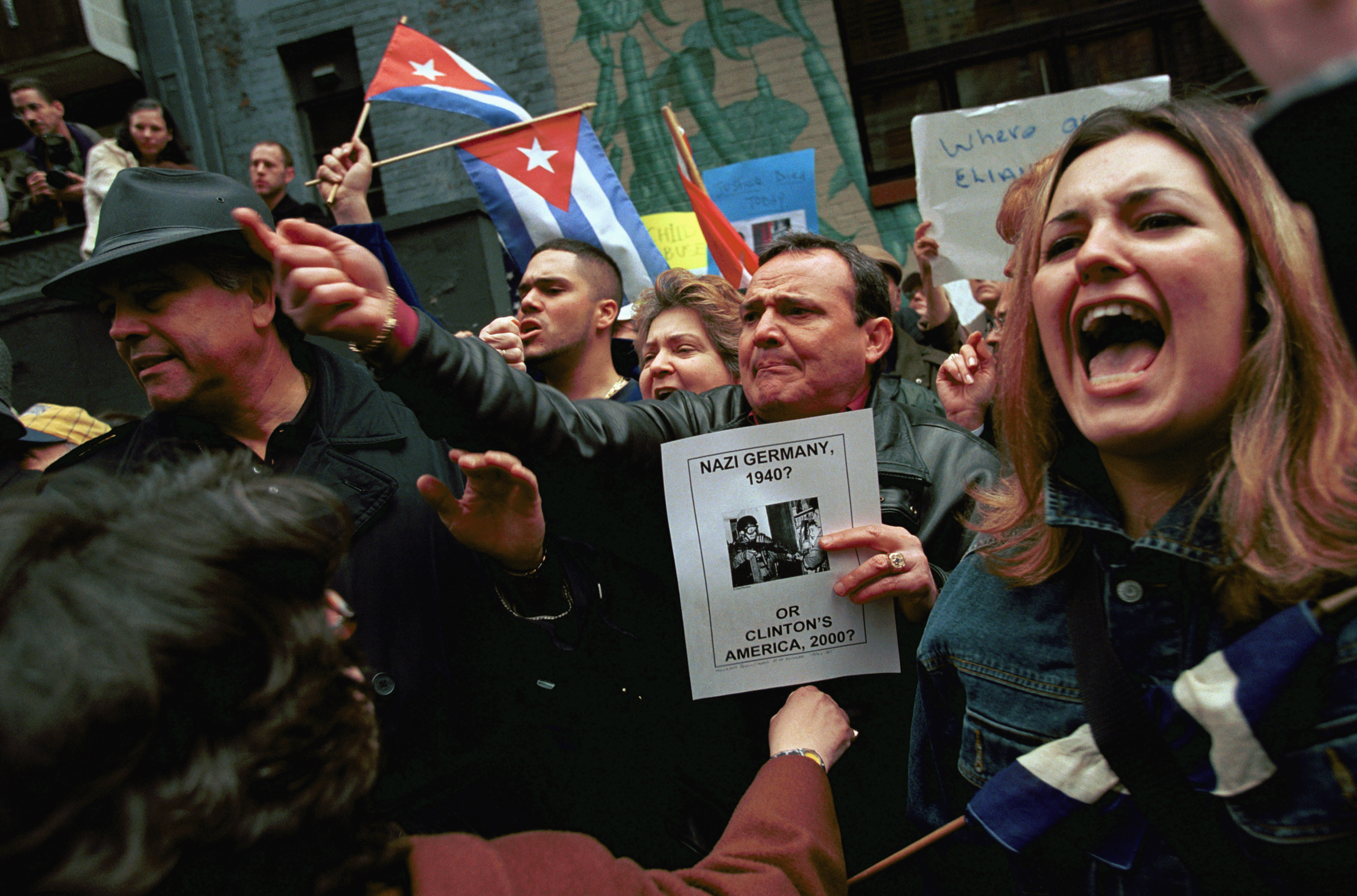 Sanders' views could anger Cuban exiles living in the US, as well as exaccerbating the argument from moderate Dems that he is too left-leaning to beat Trump.

The 78-year-old said: "We're very opposed to the authoritarian nature of Cuba, but, you know, it's unfair to simply say everything is bad. You know?

"When Fidel Castro came into office, you know what he did? He had a massive literacy program. Is that a bad thing? Even though Fidel Castro did it?"

He made the controversial statements in response to comments he made during an interview back in the 1980s.

We're very opposed to the authoritarian nature of Cuba, but, you know, it's unfair to simply say everything is bad.

CBS aired the clip in which Sanders said education and healthcare were vital reasons Castro wasn't overthrown after the 1959 revolution, claiming he "transformed the society."

The coup saw thousands of Cubans executed after kangaroo-court trials, as people were killed, jailed, and tortured – while others disappeared during Castro's reign.

But Sanders appeared to skirt around the bloodshed in his interview, citing Castro's innovations instead.

“You know, when Fidel Castro came into office, you know what he did? He had a massive literacy program," Sanders said, asking if that is a "bad thing" if Castro did it.

When Cooper pointed out there were a lot of "dissidents" imprisoned in Cuba, Sanders said "and we condemn that." 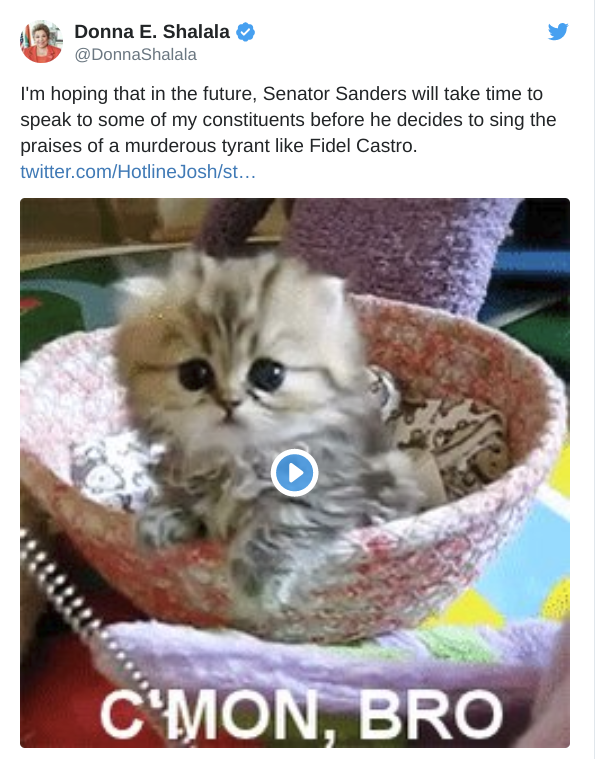 “Unlike Donald Trump — let’s be clear — I do not think that [North Korean dictator] cis a good friend," Sanders continued.

"I don’t trade love letters with a murdering dictator. [Russian President] Vladimir Putin: not a good friend of mine.”

But this isn't the first time Sanders praised authoritarian leaders in Latin America – which has been a source of contention for many.

Sanders described Nicaraguan leader Daniel Ortega – who banned his country's largest newspaper from buying ink and newsprint – as a very impressive guy" after their 1985 meeting.

Following his visits to Cuba in the 1980s, he effusively praised Castro's social programs while questioning the imprisonment of political dissidents.

But his recent appearance on 60 Minutes was widely shared online, riling a lot of Cuban Americans, reports the Miami Herald. 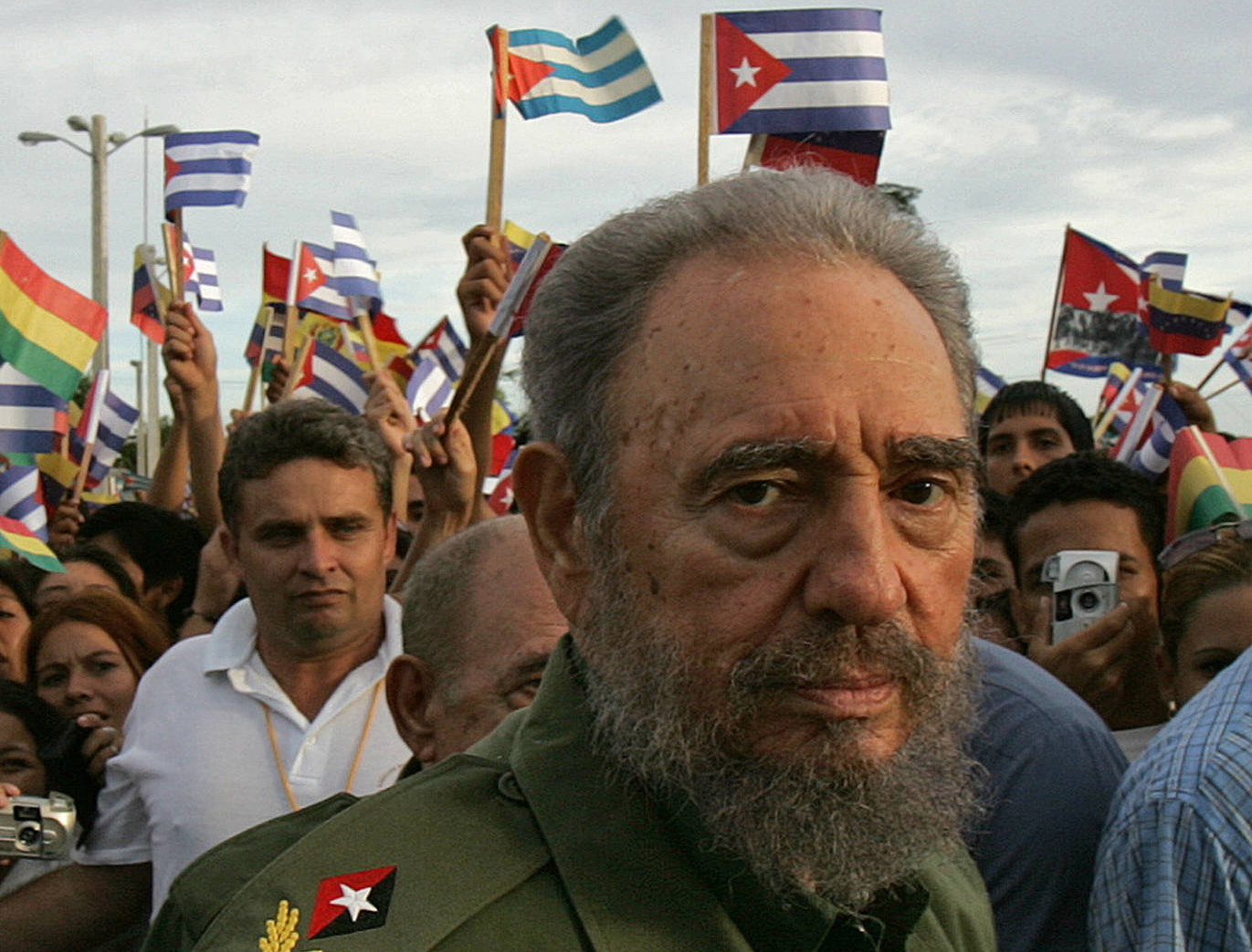 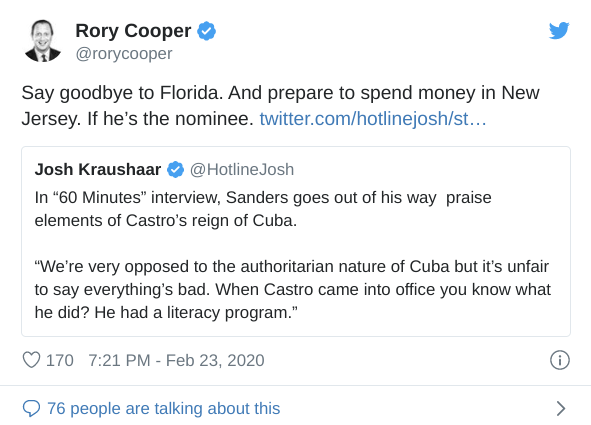 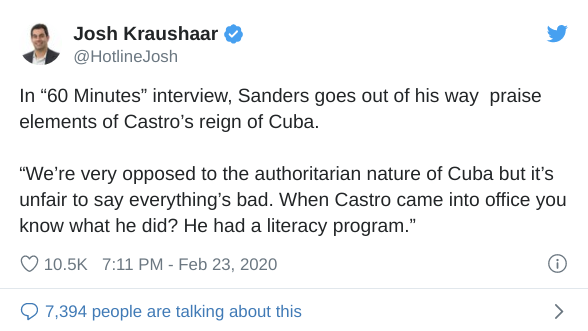 This viewpoint could be especially politicially damaging for Sanders in areas like South Florida which is home to around one million Cuban-Americans.

Political commentators based in The Sunshine State were not impressed with Sanders' interview on Sunday and took to Twitter to air their grievances.

“You can practically hear Miami crack off Florida and go spinning into the ocean,” said author Roben Farzad.

"I'm hoping that in the future, Senator Sanders will take time to speak to some of my constituents before he decides to sing the praises of a murderous tyrant like Fidel Castro," Shalala wrote.

Sanders comments' come just over three weeks before the Democratic presidential primary in Florida on March 17. 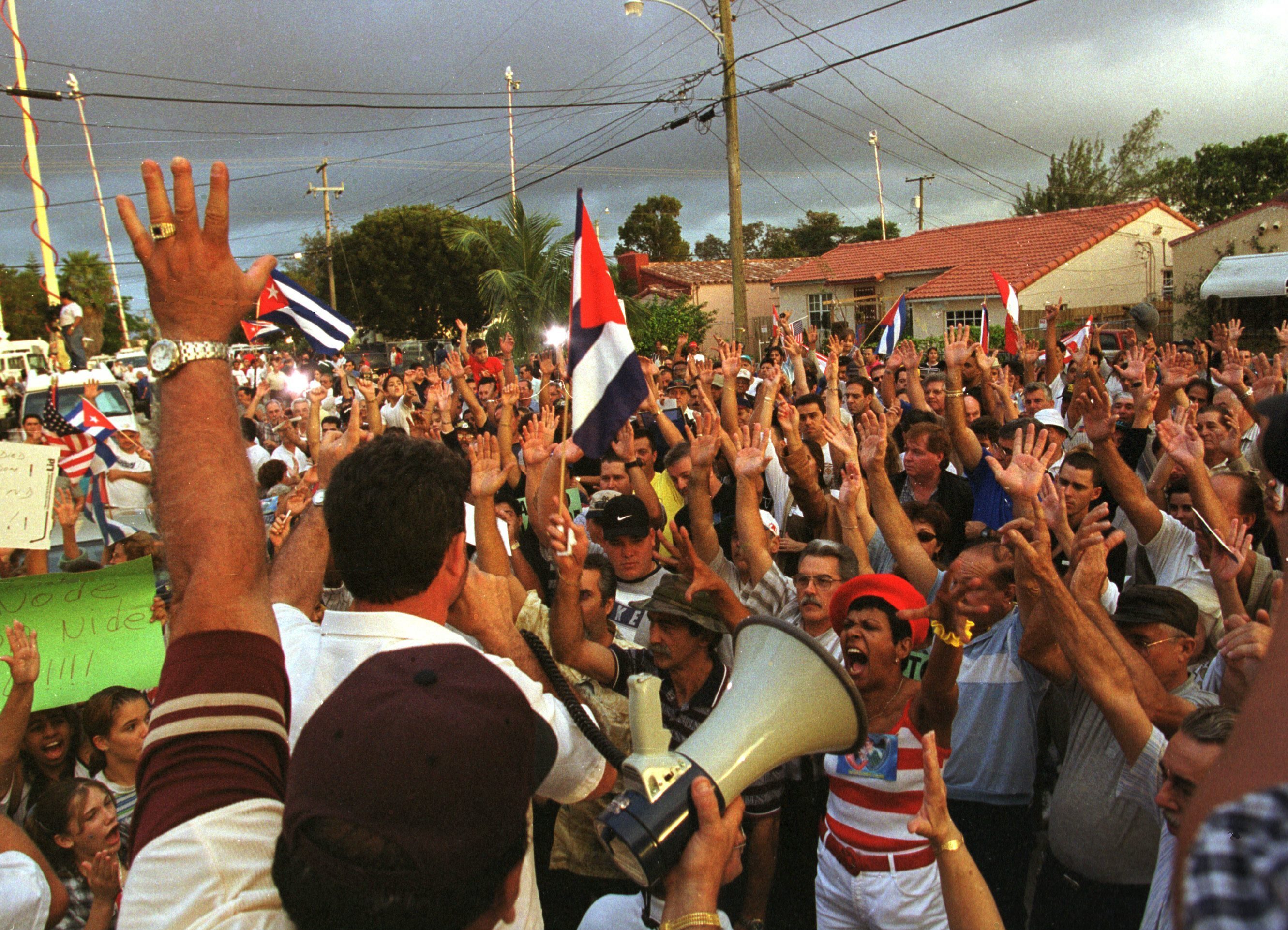 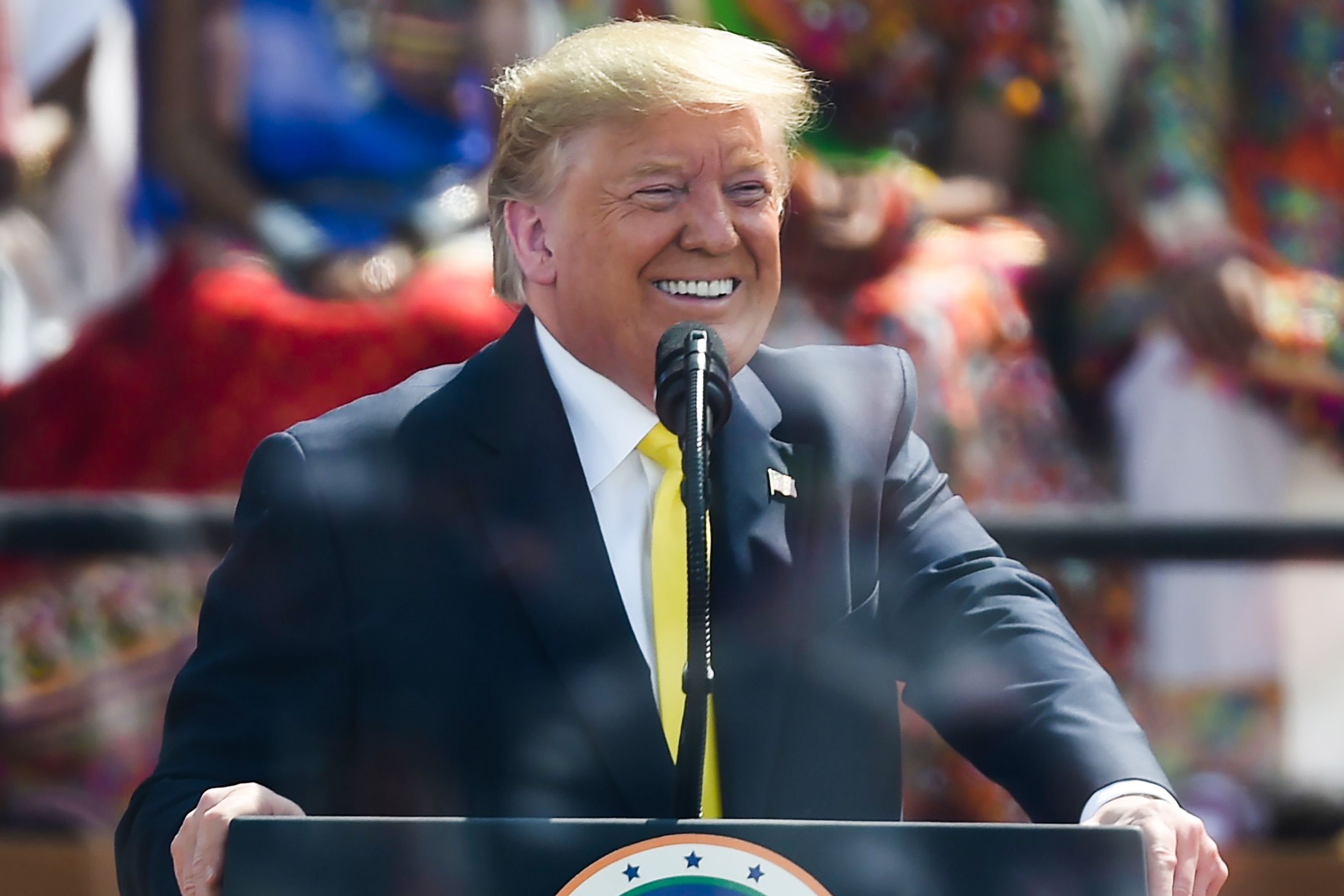 Flying trampolines made for striking images of Storm Eunice damage

Cottage that appeared on the Vicar of Dibley goes on sale for £795,000