PRESIDENT Joe Biden on Wednesday branded this year’s Coast Guard Academy graduates a “really dull class” after they failed to clap for him.

Biden was delivering the commencement speech for the 140th class at the academy headquarters in New London, Connecticut, in which he applauded the graduates for their work during the Covid pandemic. 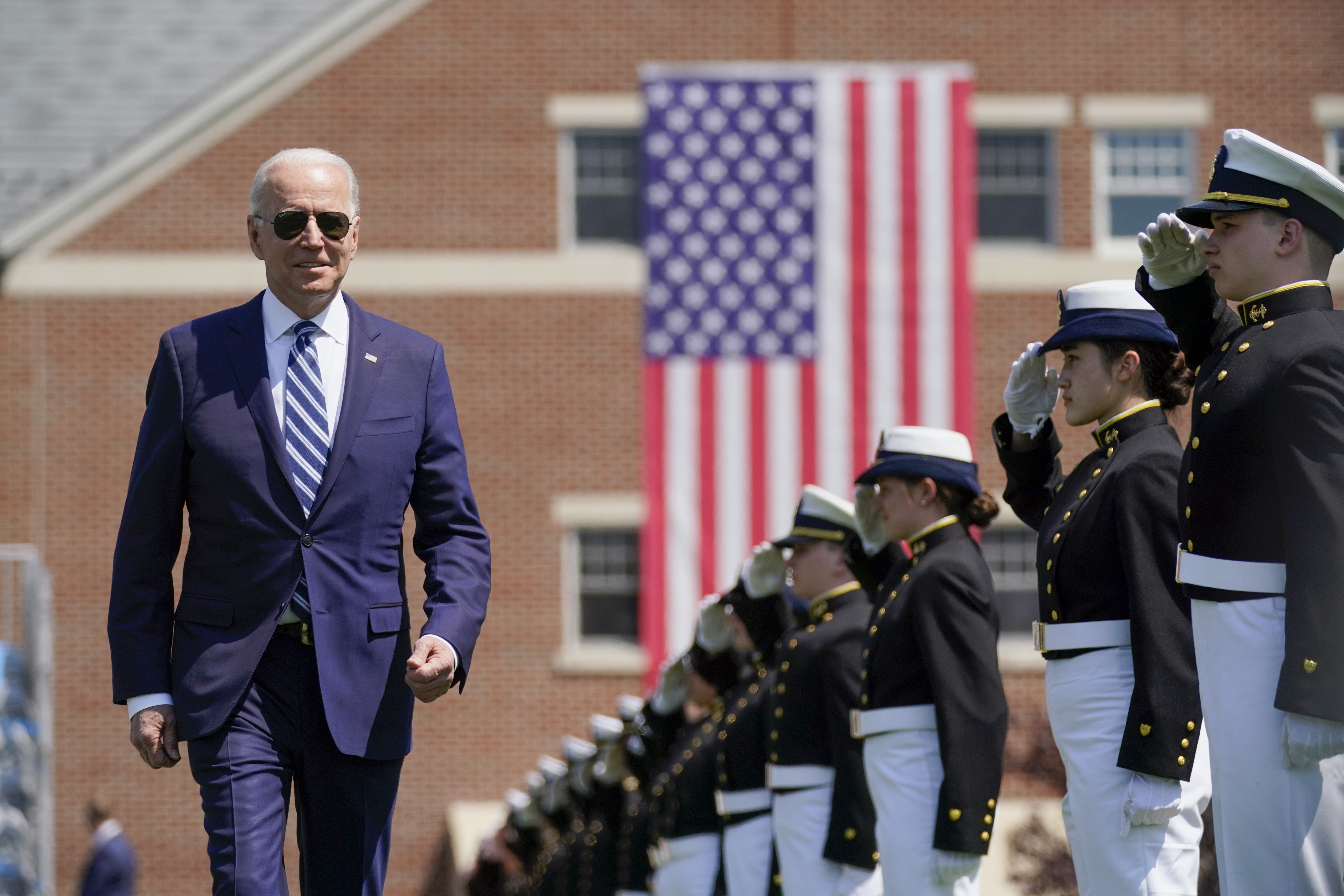 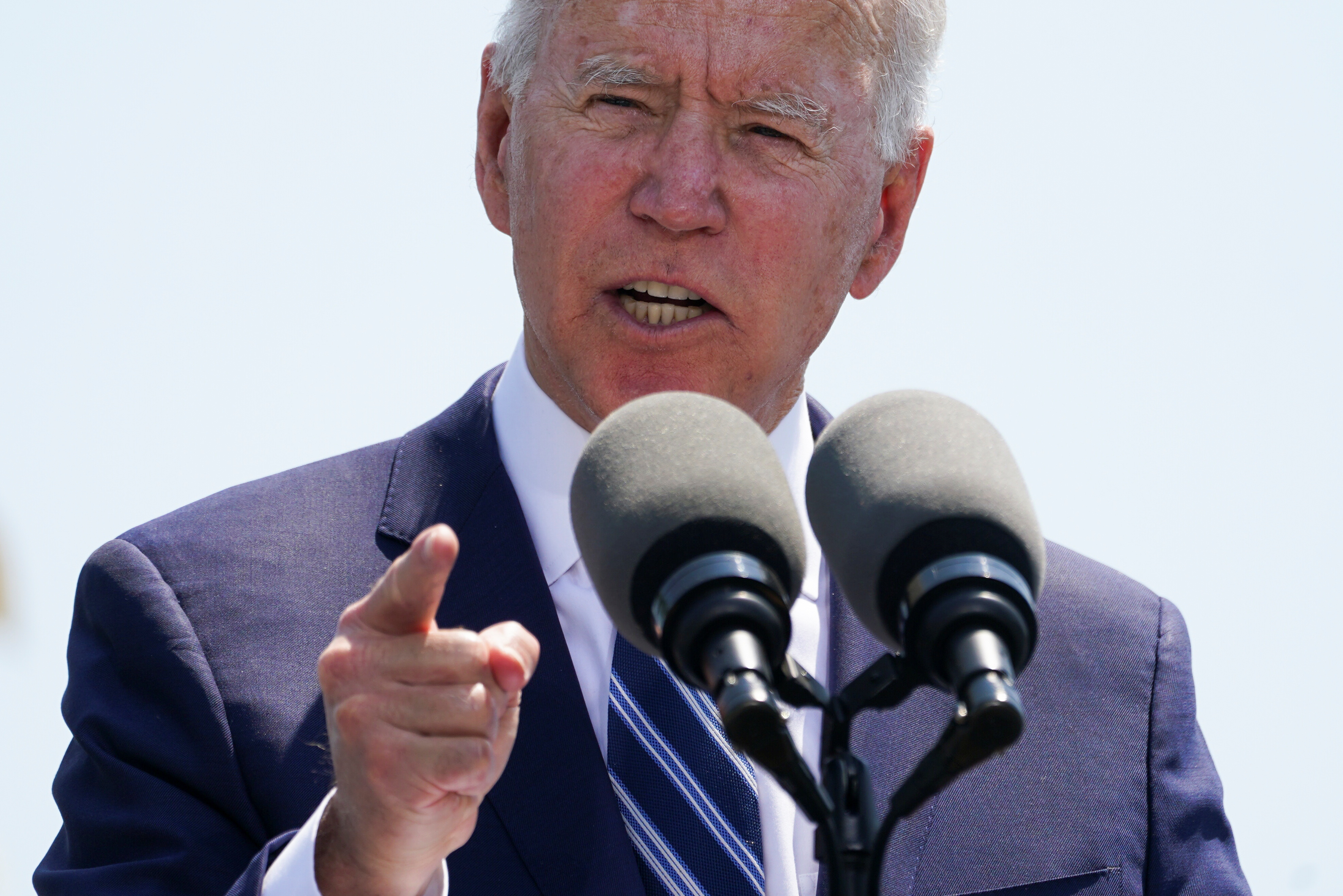 He began his address by asking the graduates who were able to attend the event in-person to stand and thank their parents before speaking of his optimism for the next generation of the Coast Guard.

“I can only presume that you will enjoy educating your family about how the Coast Guard is the hard nucleus around the Navy forms in times of war,” Biden said before leaning on the podium and pausing while the crowd remained silent.

“You’re a really dull class,” the president said before the audience erupted in laughter. 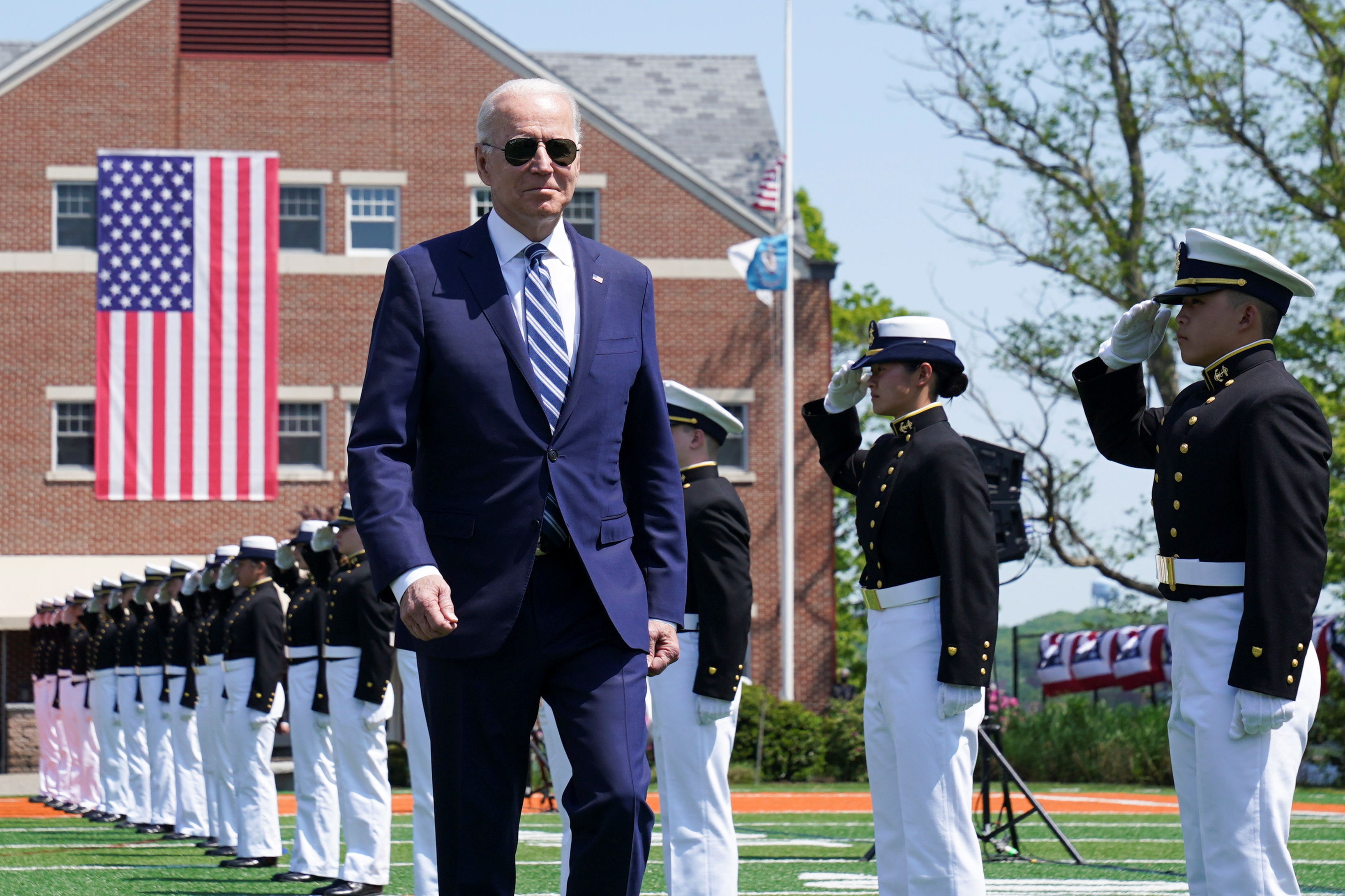 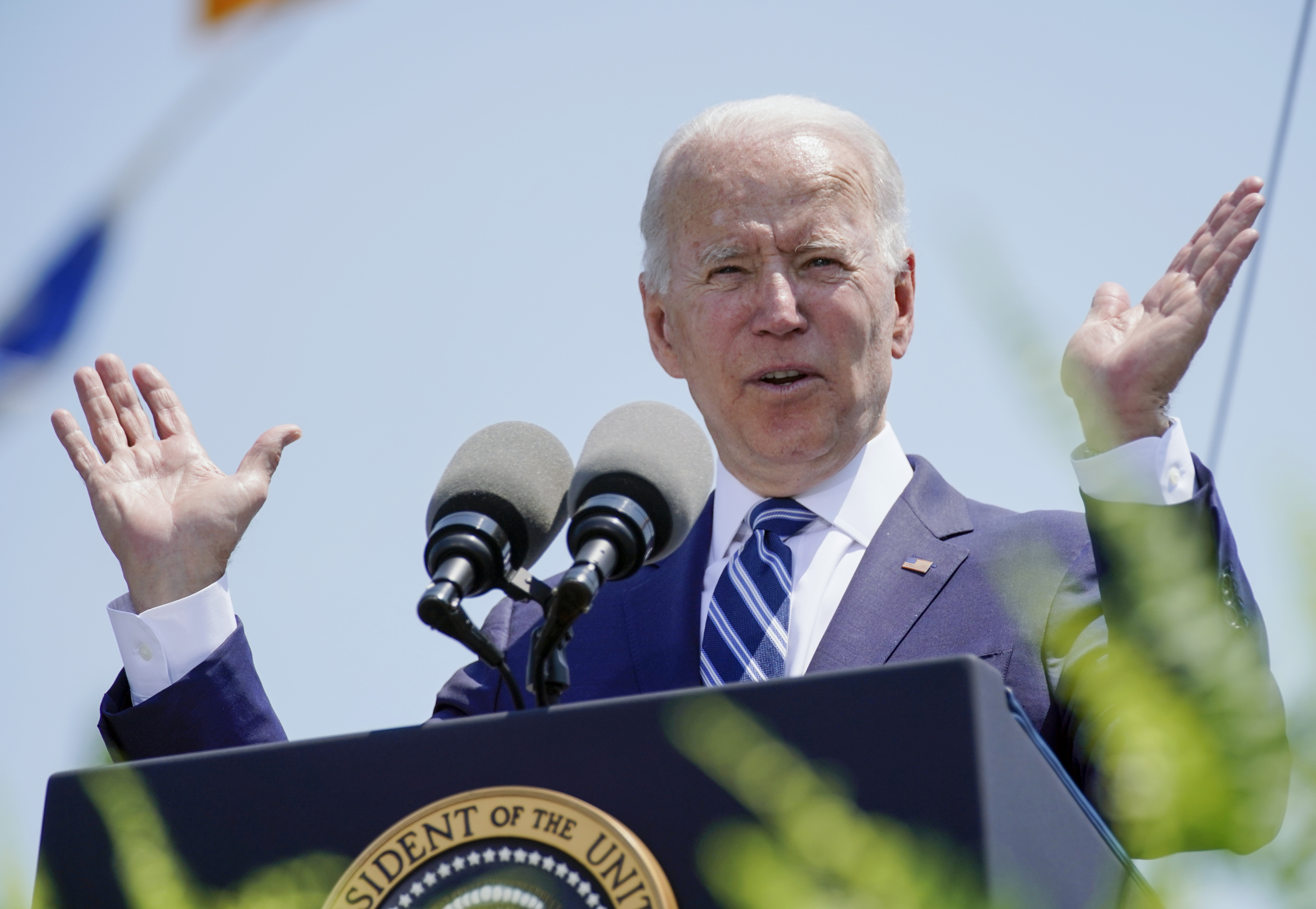 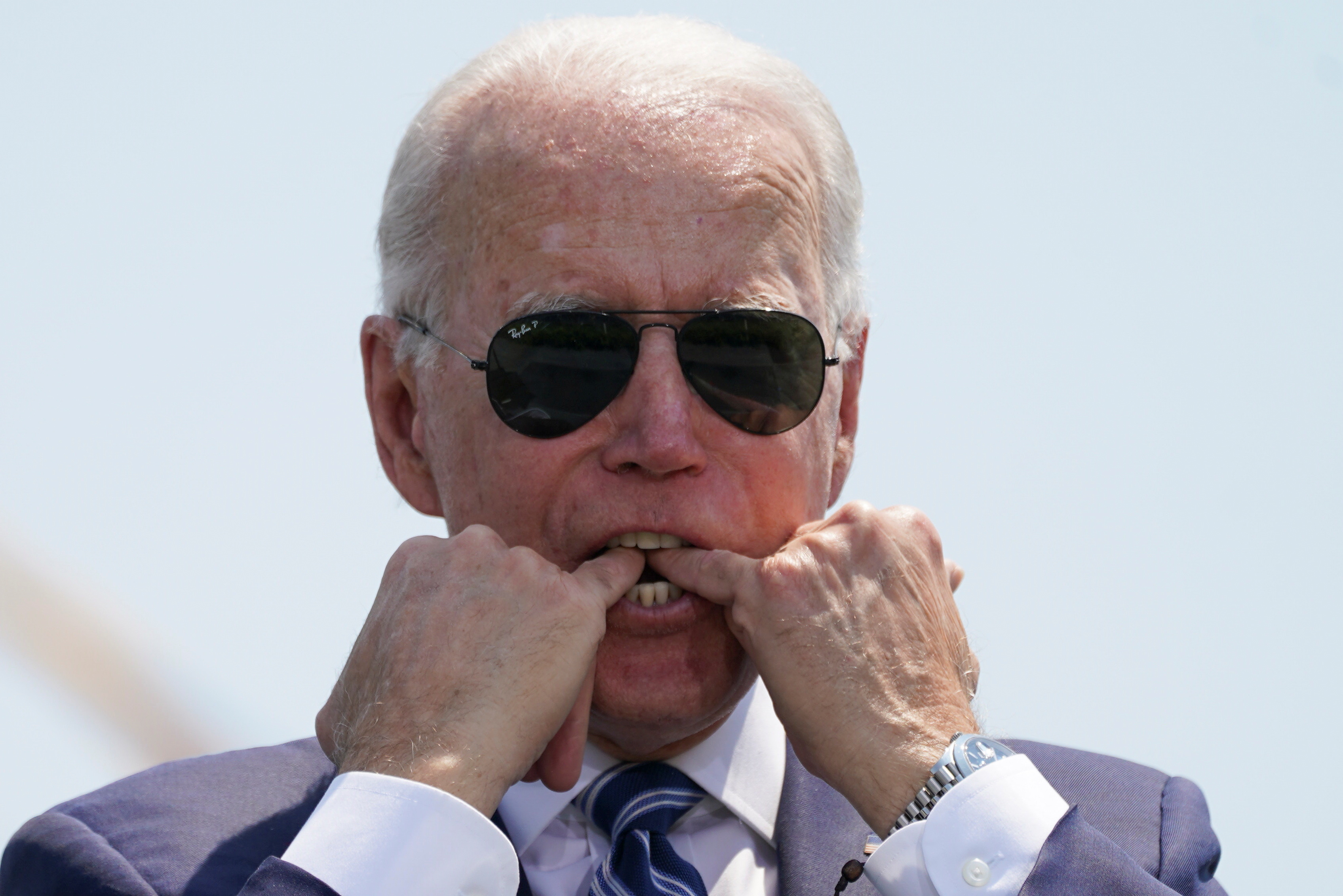 “I would think you’d have an opportunity when I say that to clap,” Biden continued as the crowd eventually put their hands together.

The president moved on by stating “all kidding aside” as he returned to his main address.

He applauded the graduates as the “most open generation in American history” as he addressed race and equity attempts in the Coast Guard Academy.

"Every member of our armed forces should feel safe and respected in the ranks. That's why my administration is committed to taking on the scourge of sexual assault and harassment in the military,” Biden said.

“I have never been more optimistic of our future. You understand in your bones diversity is central to the US.

“You have it all and we need you.

“We need you badly,” the president continued.

“You’re ready and it’s time to get underway.” 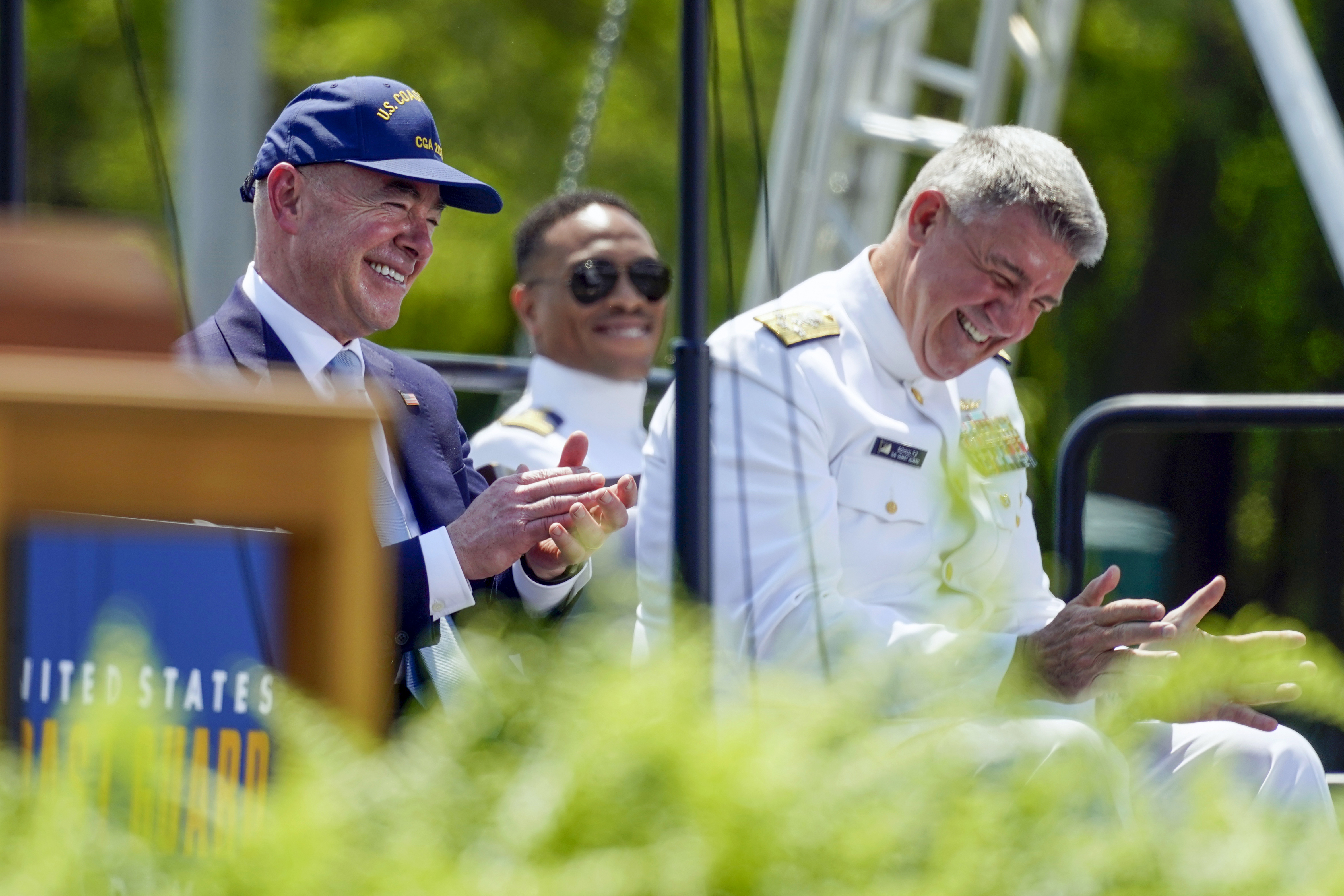 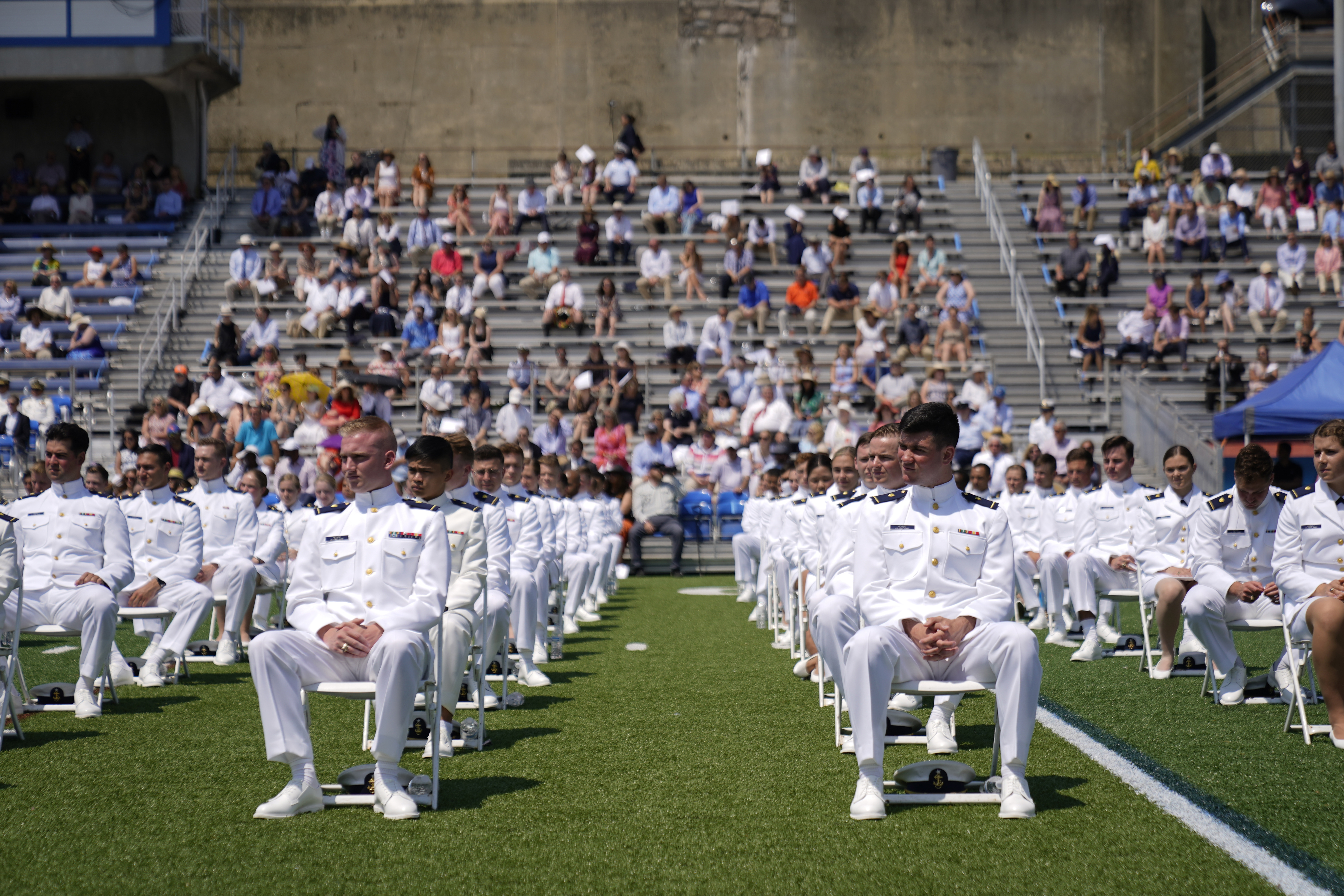 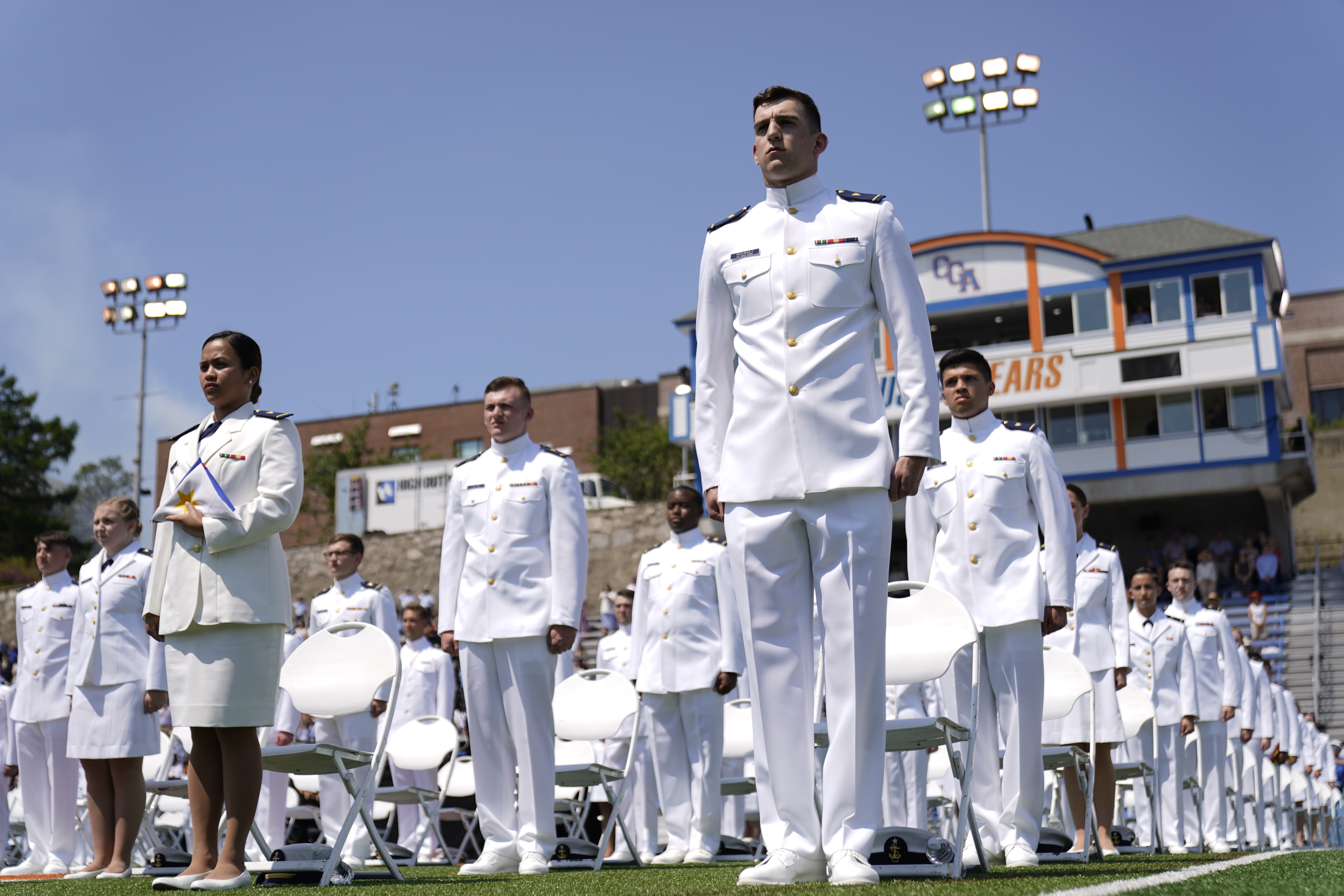 During his speech, Biden also took a hit at Russian leader Vladimir Putin, stating that the US is "adamant" arteries of trade remain peaceful "whether that’s the South China Sea, the Arabian Gulf and, increasingly, the Arctic."

"When nations try to game the system or tip the rules in their favor, it throws everything off balance," he said.

The president also praised the growing number of women in the Coast Guard.

"There's a saying…'Women hold up half the world.' It's an absolutely stupid position not to make sure they represent at least half of what we do,” he said. 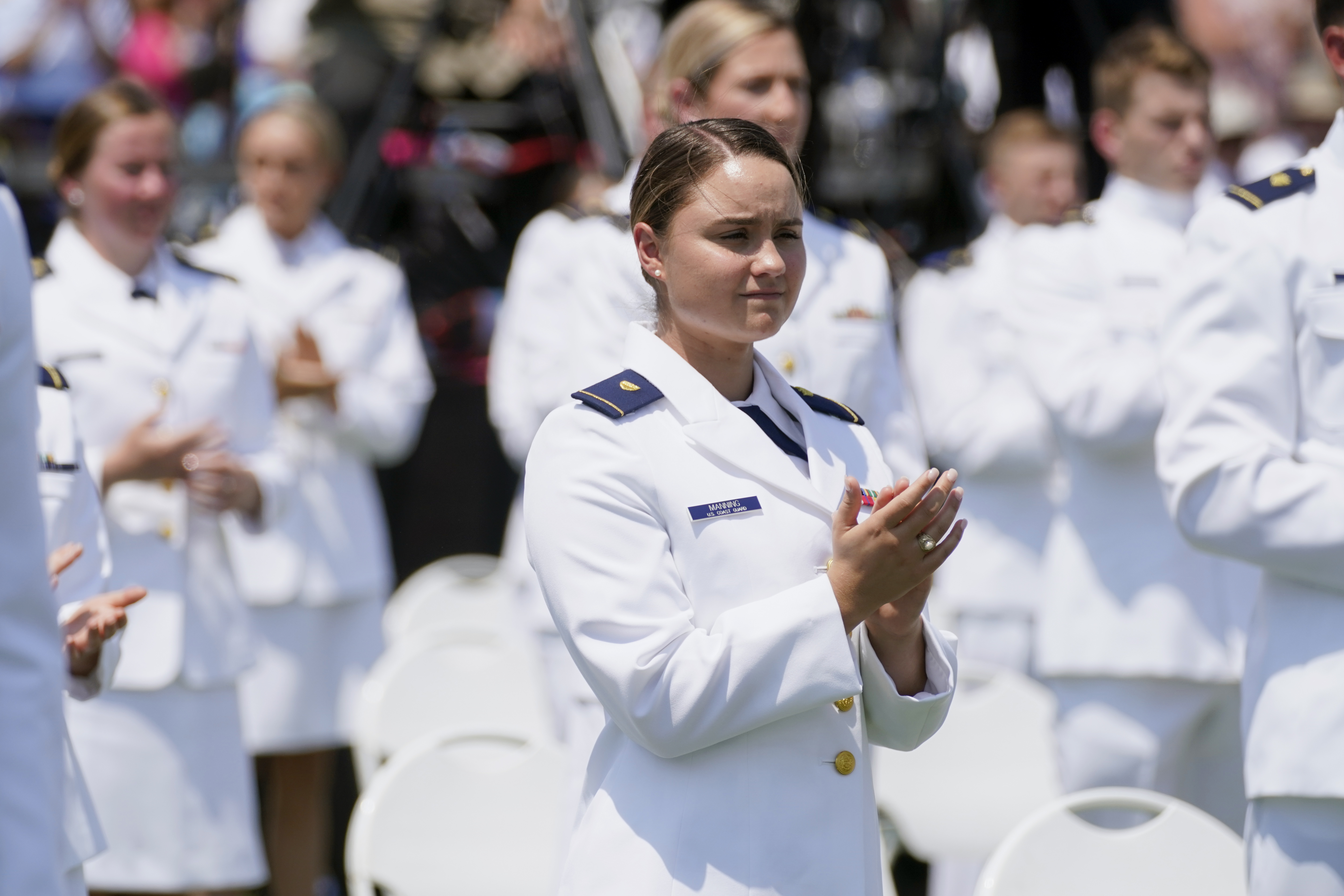 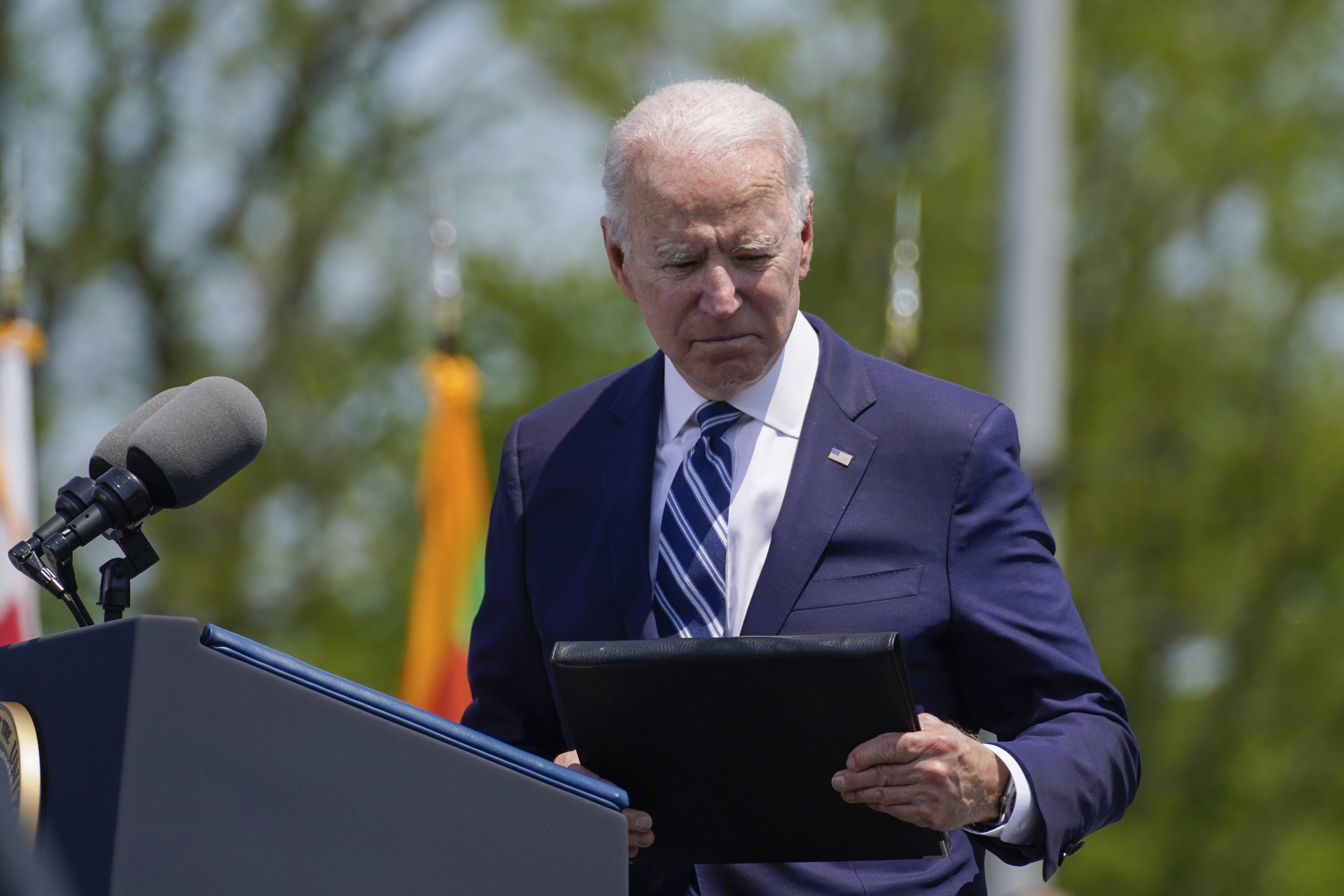 Biden’s clap back at the graduates came just a day after he jokingly threatened to run over a reporter in a pick-up truck when asked about Israel and said “step on it.”

In footage of the incident shared to social media, a reporter can be heard asking Biden: "Mr President, can I ask you a quick question on Israel before you drive away since it's so important?"

Biden replied, "No you can't," before jokingly adding: "Not unless you get in front of the car as I step on it."

"I'm only teasing," he then laughed as he floored the accelerator of the new F-150 Lightning pickup truck and drove away.

Reporters could also be heard laughing in the background at the president's remarks.

Biden has been under mounting scrutiny from both sides of the political aisle over his administration's handling of the ongoing conflict in the Middle East between Israel and Hamas.

It also follows a number of bizarre blunders since he took office.

Earlier this month, Biden made a hilarious gaffe as he unintentionally told Americans earning less than $400,000 that they will not have to pay any taxes.

He was supposed to say that Americans earning less than $400,000 per year will not see a tax hike to fund the $4.1trillion infrastructure projects.

Missing brothers, 11 and 13, found safe and well after sparking urgent hunt when they disappeared