Belgrade:  Heavy snow cut off access to villages, swamped the inside of a Swiss hotel and contributed during the past week to at least 20 weather-related deaths in Europe, including four reported Friday in the Balkans region and countries to its north.

The Bulgarian Red Cross said two snowboarders were killed died in an avalanche in south-west Bulgaria's Pirin Mountains. The Red Cross alleged in a statement that the snowboarders triggered the avalanche after ignoring severe weather warnings.

An Australian teenager, Max Meyer, who was about to enter year 11 at Sydney's International Grammar School, died on Wednesday  when an avalanche struck in St Anton am Arlberg while he was skiing off-piste in Austria with his family. 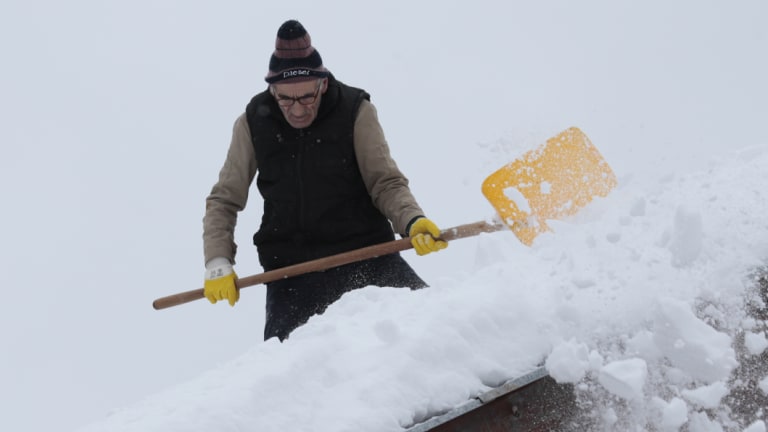 A man shovels snow from the roof of his house in a remote village near Kladanj, 80 kms north of Sarajevo, Bosnia, on Friday.Credit:AP

Most schools in the area closed down and 10 people had to be rescued from their homes. Strong winds complicated the conditions for emergency crews.

In neighbouring Montenegro, meteorologist Dragan Buric said the first 10 days of January have been among the coldest in the country in decades.

"We have snow in January in the capital city (Podgorica) for the first time in nine years," Buric told Montenegrin state TV.

"Because of heavy snow, in some parts over one metre-high, some of the roads have been blocked," he explained. "We need more machines. We have run out of resources and money." 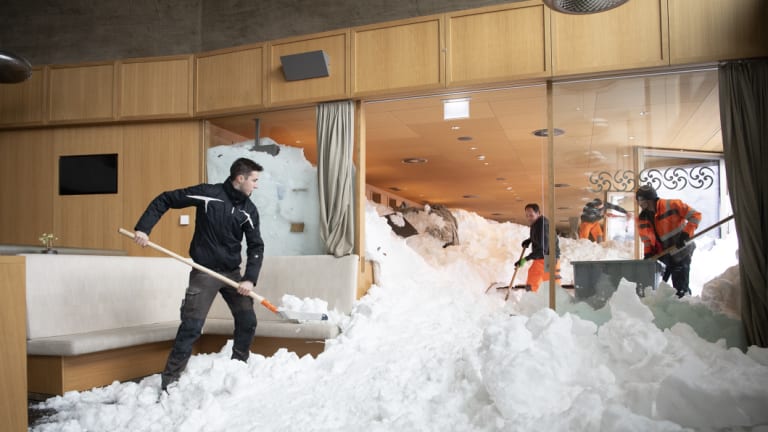 In Germany and Austria, where heavy snow caused fatal avalanches and major disruptions in the past few days, the situation on Friday was somewhat calmer.

Still, airlines cancelled around 120 flights at Frankfurt Airport and 90 at Munich Airport on Friday because of concerns about snow, German news agency DPA reported.

Police in Lenggries, south of Munich, said the 48-year-old snow plough driver was rescued from the river after several hours and died in a hospital.

In the eastern German city of Chemnitz, all planned burials at the municipal cemetery until Monday were called off because of snow.

Austrian military helicopters on Friday flew a group of 66 German teenagers out of a mountain guest house where they had been stuck for several days.

In Salzburg, all parks, public gardens, play areas and cemeteries were closed Friday because of the danger of trees falling under the weight of snow.

Workers at Hotel Saentis in eastern Switzerland spent Friday shovelling snow from an avalanche that crashed through the exterior and piled up inside. Police said three people were slightly hurt when an avalanche hit the hotel in Schwaegalp on Thursday afternoon.