Big Lizzie’s back for Christmas! Joy for families as sailors return home after four months at sea on board Britain’s £3billion warship HMS Queen Elizabeth

There were scenes of joy as sailors returned home for Christmas after four months on board HMS Queen Elizabeth, Britain’s new aircraft carrier.

They flew off the ship, nicknamed ‘Big Lizzie’, as it passed six miles off the coast of Falmouth on its way home to Portsmouth, where it entered the harbour today accompanied by four tug boats. 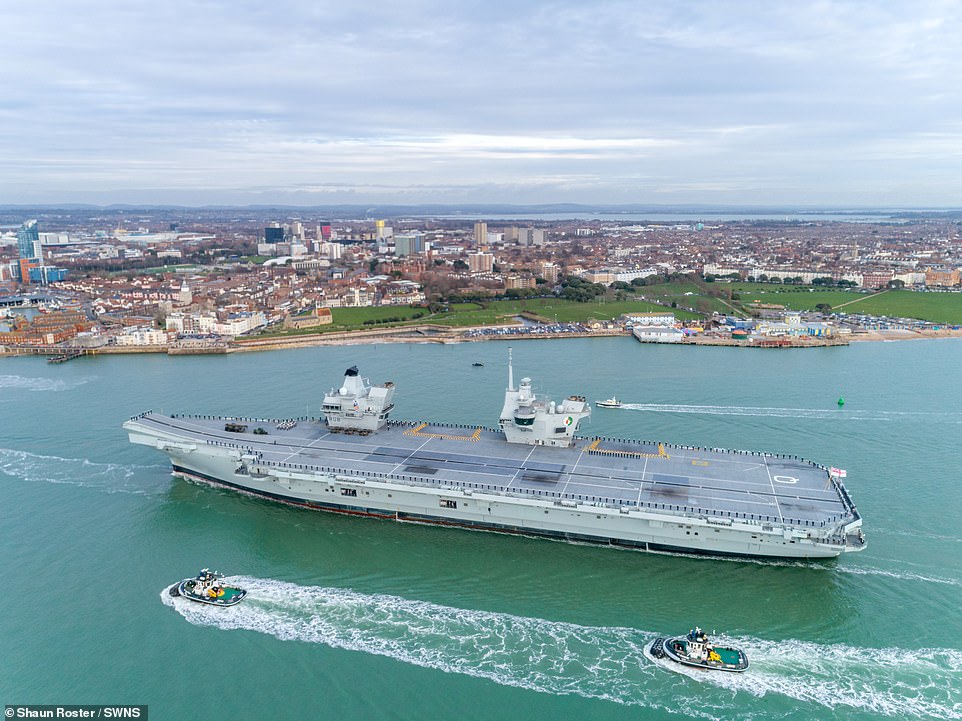 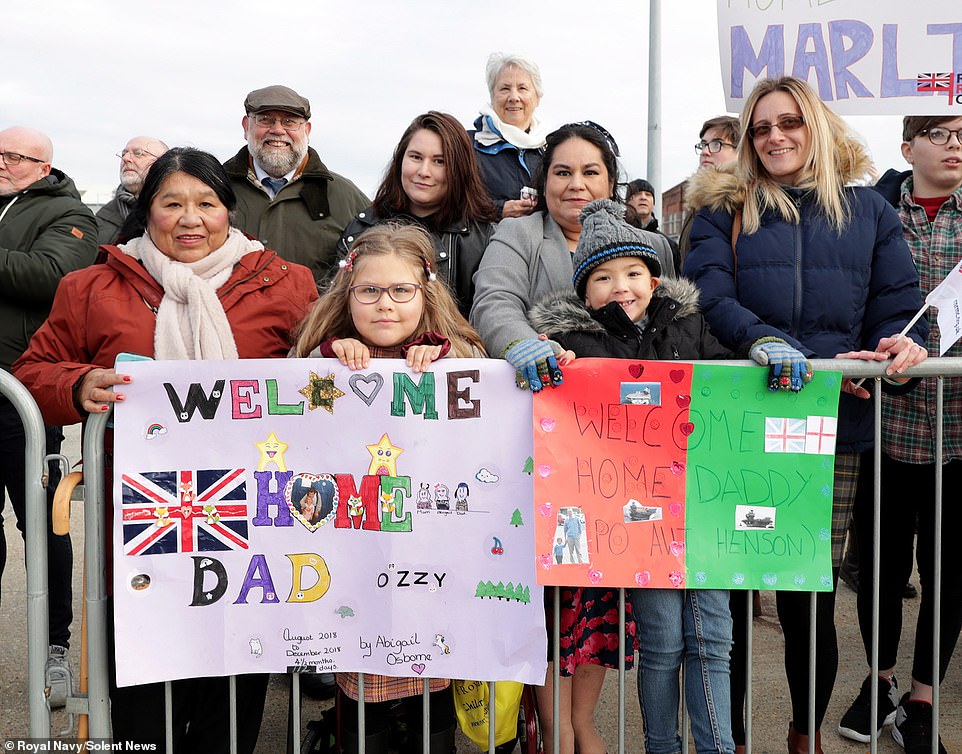 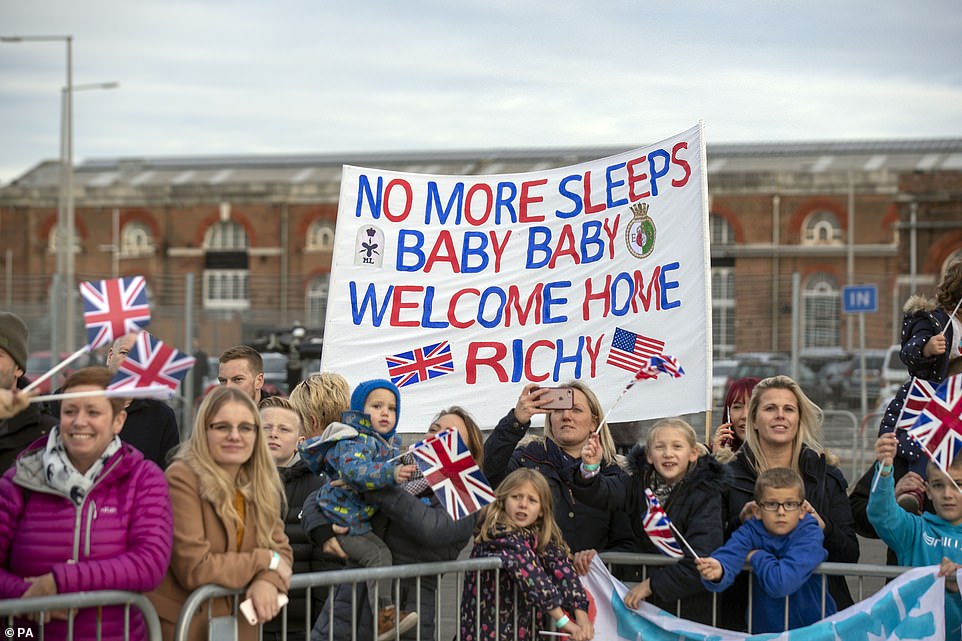 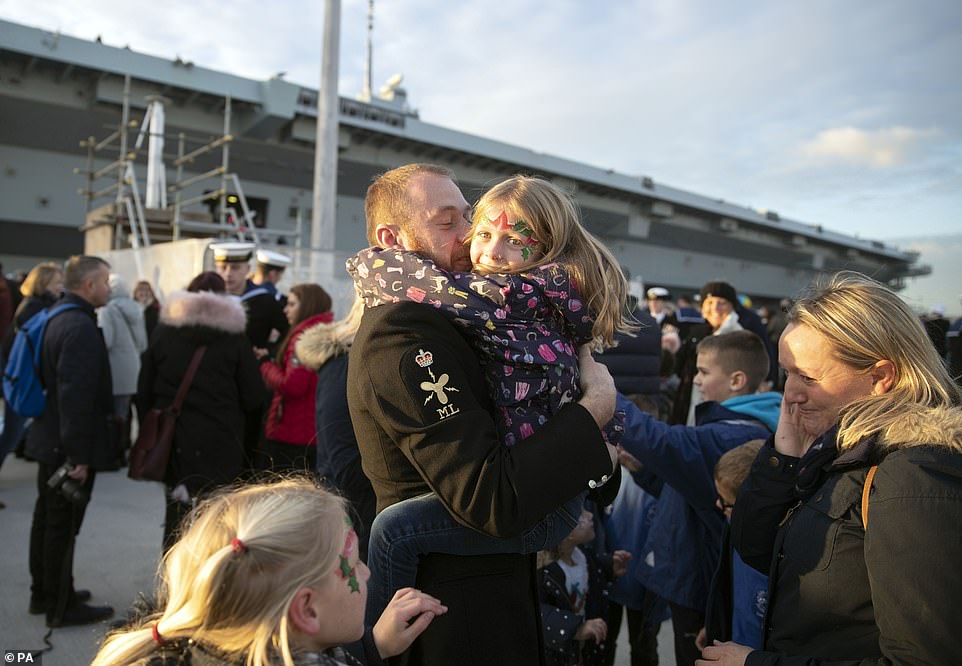 Petty Officer Michael Abley, 36, from Bordon, Hampshire, was met by his daughters Grace, nine, and Evie, six after the Royal HMS Queen Elizabeth arrived in Portsmouth, returning home from her four-month deployment 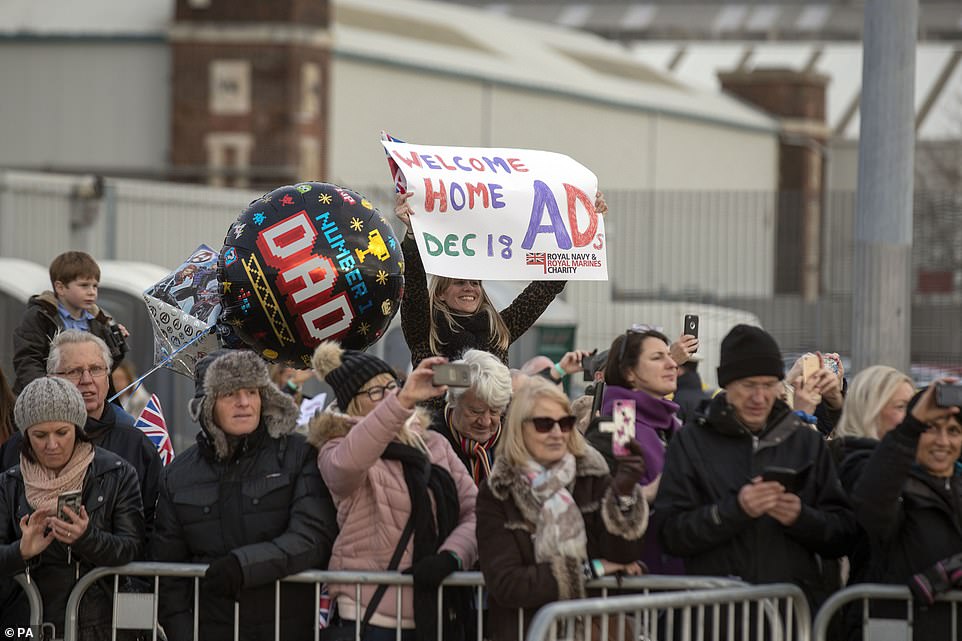 Children excited to see their parents after long months at sea took balloons to the port with them, while well-wishers snapped photographs of the vast warship 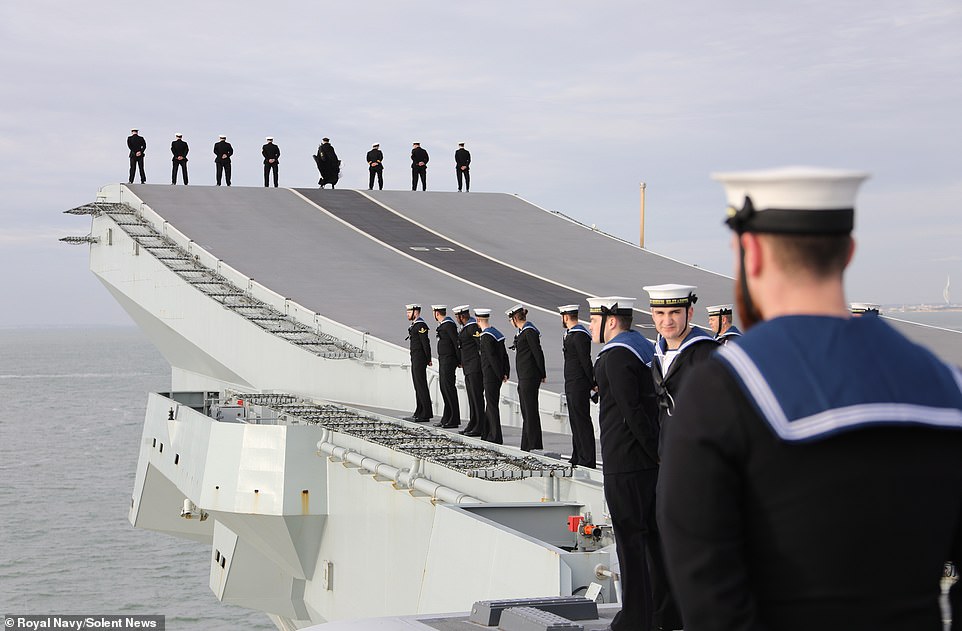 They flew off the ship, nicknamed ‘Big Lizzie’, as it passed six miles off the coast of Falmouth on its way home to Portsmouth, where it entered the harbour accompanied by tug boats today (pictured)

The sailors from 820 Naval Air Squadron had been at sea since August to practice flights and other manoeuvres. They will carry on in the New Year.

For one serviceman it was a particularly special homecoming.

AET Adam Workman is getting married and moving house just before Christmas and then having a baby just after.

Of the deployment, he said: ‘It’s been an amazing experience to be one of the first to work on the Queen Elizabeth.

‘Difficult at times and it’s never nice being away from home but I think it might have been easier at sea compared to my next few weeks!’

‘Big Lizzie’ had its maiden voyage in August before visiting New York two months later, where it dropped anchor near the Queen Mary 2. The two huge ships cruised past each other during the massive aircraft carriers first ever visit to the US.

Naval chiefs have pledged that the 65,000-tonne carrier will have the protection needed against the ‘eye-watering’ threat from Russia and other powers around the world.

Boris Johnson announcement: What did the PM say in his speech today, December 30?