The conservative interim president who led Bolivia for a year was arrested on Saturday as officials of the restored leftist government pursue those involved in the 2019 ouster of socialist leader Evo Morales, which they regard as a coup, and the administration that followed.

Jeanine Áñez was detained in the early morning in her hometown of Trinidad and was flown to the capital, La Paz, where she appeared before a prosecutor.

‘This is an abuse,’ she told reporters after the appearance.

‘There was no coup d’etat, but a constitutional succession’ when she took over. 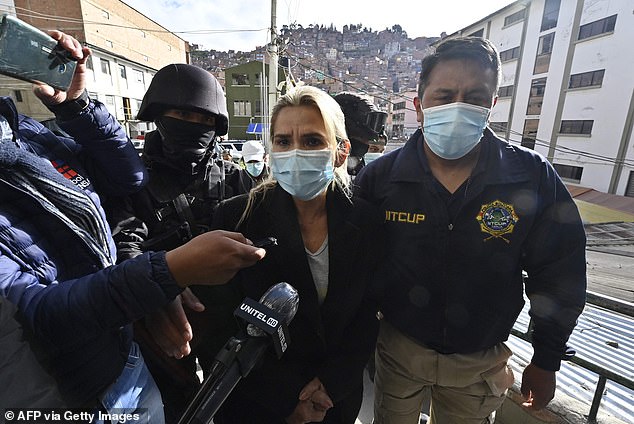 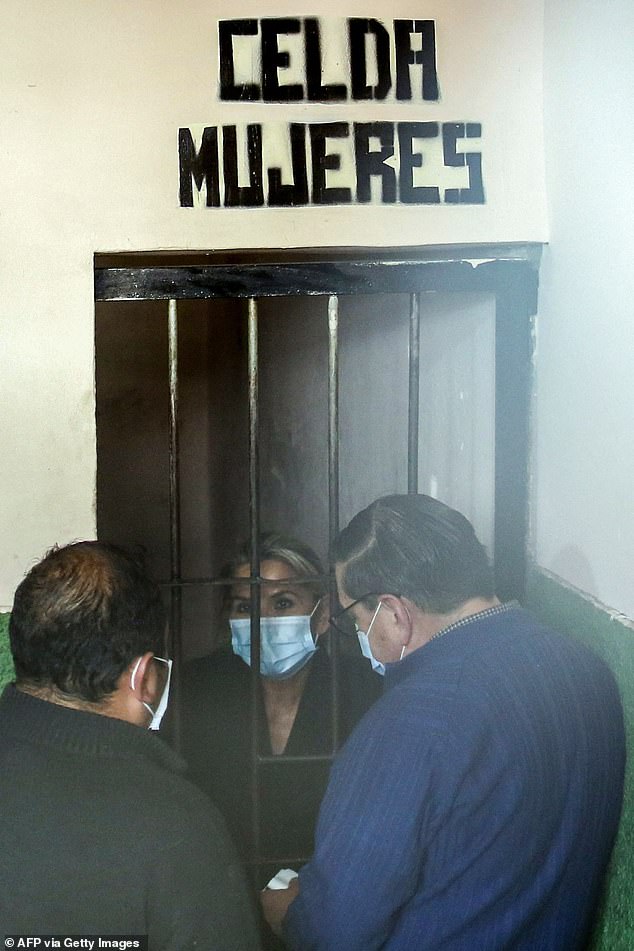 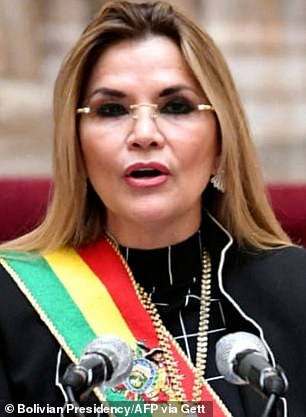 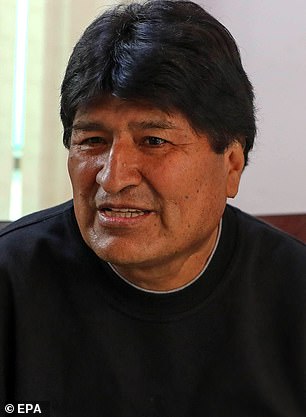 Former interim President Jeanine Áñez is pictured left in August 2020. A former lawmaker, she became interim leader in 2019 after the resignation of Evo Morales (right), the country’s first Indigenous president. Morales’ supporters claim he was overthrown in a coup while his opponents said he became more authoritarian and illegally ran for a fourth term in office

From a police cell in La Paz, Áñez called on the Organization of American States and the European Union to send missions to Bolivia to evaluate what she called ‘an illegal detention.’

The arrest of Áñez and warrants against numerous other former officials further worsened political tensions in a South American country already torn by a cascade of perceived wrongs suffered by both sides.

Those include complaints that Morales had grown more authoritarian with nearly 13 years in office, that he illegally ran for a fourth reelection and then allegedly rigged the outcome, that right-wing forces led violent protests that prompted security forces to push him into resigning and then cracked down on his followers, who themselves protested the alleged coup.

Dozens of people were killed in a series of demonstrations against and then for Morales.

‘This is not justice,’ said former President Carlos Mesa, who has finished second to Morales in several elections.

‘They are seeking to decapitate an opposition by creating a false narrative of a coup to distract from a fraud.’

Morales, meanwhile, sent a tweet saying, ‘The authors and accomplices of the dictatorship should be investigated and published.’ 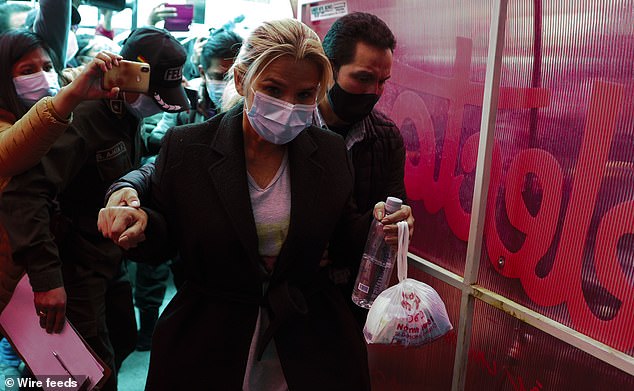 Áñez is seen above on Saturday as she is escorted to a police station after giving her statement at the prosecutor’s office in La Paz, Bolivia 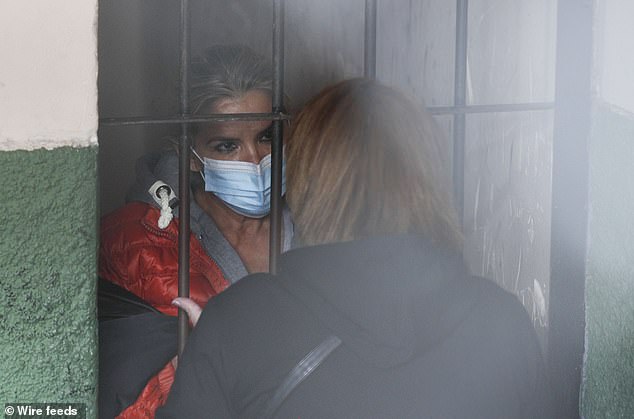 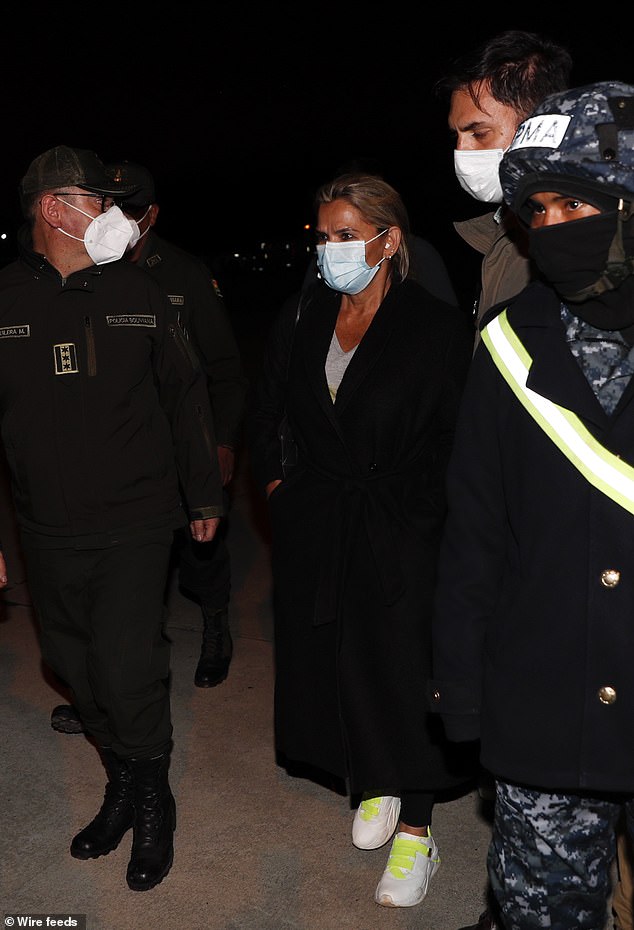 Other arrest warrants were issued for more than a dozen other former officials.

Those include several ex-cabinet ministers, as well as former military leader William Kaliman and the police chief who had urged Morales to resign in November 2019 after the country was swept by protests against the country’s first Indigenous president.

After Morales resigned – or was pushed – and flew abroad, many of his key supporters also resigned.

Áñez, a legislator who had been several rungs down the ladder of presidential succession, was vaulted into the interim presidency.

Once there, she abruptly wrenched Bolivia’s policies to the right and her administration tried to prosecute Morales and an array of his supporters on terrorism and sedition charges, alleging election rigging and oppression of protests.

It won last year’s elections with 55 per cent of the vote under Morales’ chosen candidate Luis Arce, who took the presidency in November.

Áñez had dropped out after plunging in the polls.

Two ministers in Áñez’s government were also arrested on Friday, including former Justice Minister Alvaro Coimbra, who had helped lead the prosecution of Morales’ aides. 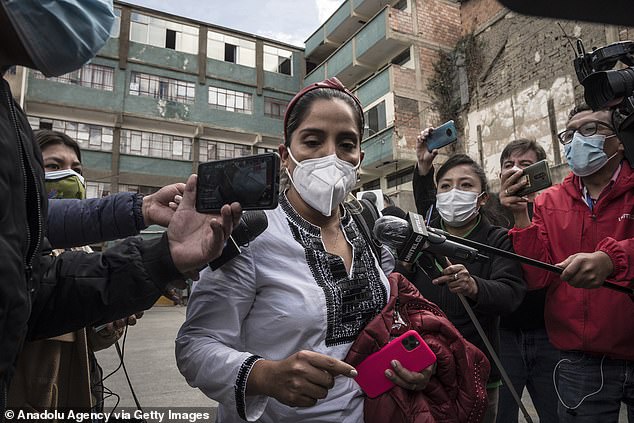 Carolina Ribera, the daughter of Áñez, is seen above arriving at the police station in La Paz to visit her mother on Saturday 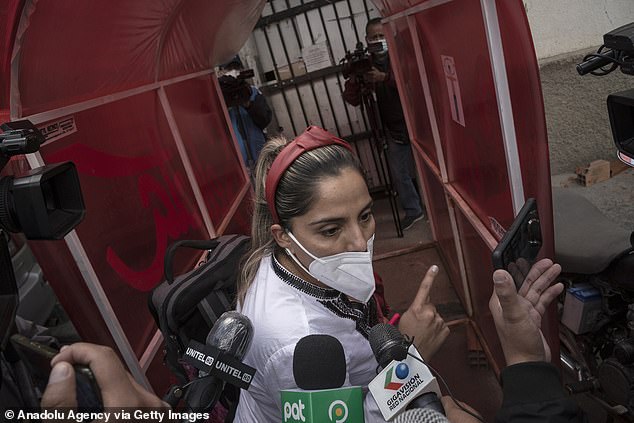 A former defense minister and others also have been accused.

New Justice Minister Iván Lima said that Áñez, 53, faces charges related to her actions as an opposition senator, not as former president.

Interior Minister Eduardo del Castillo denied it was an act of persecution, saying the case arose from a criminal complaint of conspiracy and sedition filed against her in November, the month she left office.

The Americas director of Human Rights Watch, José Miguel Vivanco, said from Washington that the arrest warrants against Áñnez and her ministers ‘contain no evidence whatsoever that they have committed the crime of terrorism.’