A colourful Melbourne bouncer who goes by the nickname Mr Ugly has faced court charged with the indecent assault of a woman at a King Street nightclub.

Martin Debono, 67, was not present during an online hearing of the Melbourne Magistrates Court on Thursday afternoon. 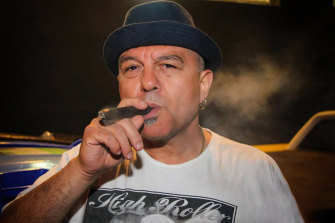 Martin Debono, who also goes by the nickname Mr Ugly.

The 67-year-old’s lawyer, Paul Simon, said he would seek a suppression order as defamatory remarks were being made about his client on social media.

“We may seek a suppression order in this matter because the comments were in fact really quite derogatory towards Mr Debono and caused him severe distress,” he said.

He told the court his client was “an elderly man” who “has been subject to other personal issues involving this case.”

“Publishing his name in this case could be detrimental to him in terms of this case and his other personal circumstances, particularly what has been published in other areas of the media about him,” he said. 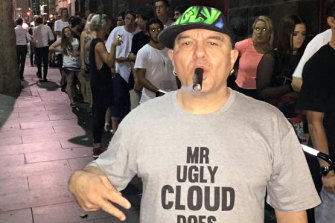 The bouncer was charged with indecent assault.

Charge sheets released by the court show Mr Debono was charged with intentionally assaulting another person in Melbourne between March 7 and 8, 2015.

The matter was adjourned to December 2.

Mr Debono has worked in the nightclub industry for the past 30 years, including at Kittens in South Melbourne, Chasers in Prahran, The Palace in St Kilda, Billboards in the CBD, Cloud Nine and Casey’s Nightspot.