Bakhtiyer Sindrov, whose face "melted" in the house blaze in a village in Uzbekistan, asked Father Christmas to give him a new one so that he could be like other children and go to school. 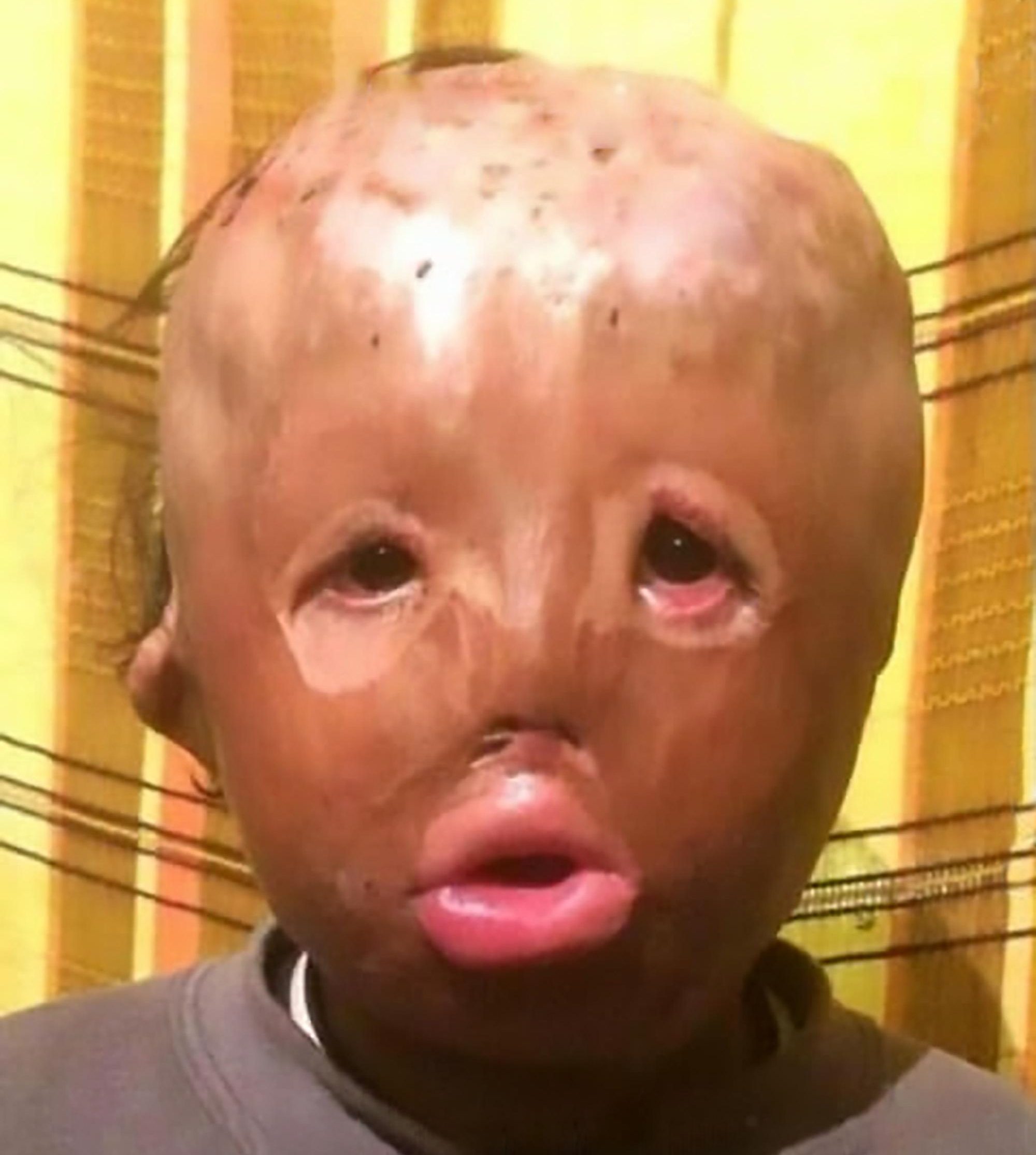 The young boy cannot write yet so he dictated the letter to his father.

The letter was sent to "Ya ryadom" ("I Am Beside You"), a charitable organisation in the city of Almaty in Kazakhstan running a Facebook charity campaign called "Letters To Santa".

The boy wrote: "Hello Father Christmas! I was burned when I was a little boy. I lost my face in the fire and since then I have to hide from people because they are scared of me.

"I am scared of myself when I am looking in the mirror. I do not have a nose, ears or hair. 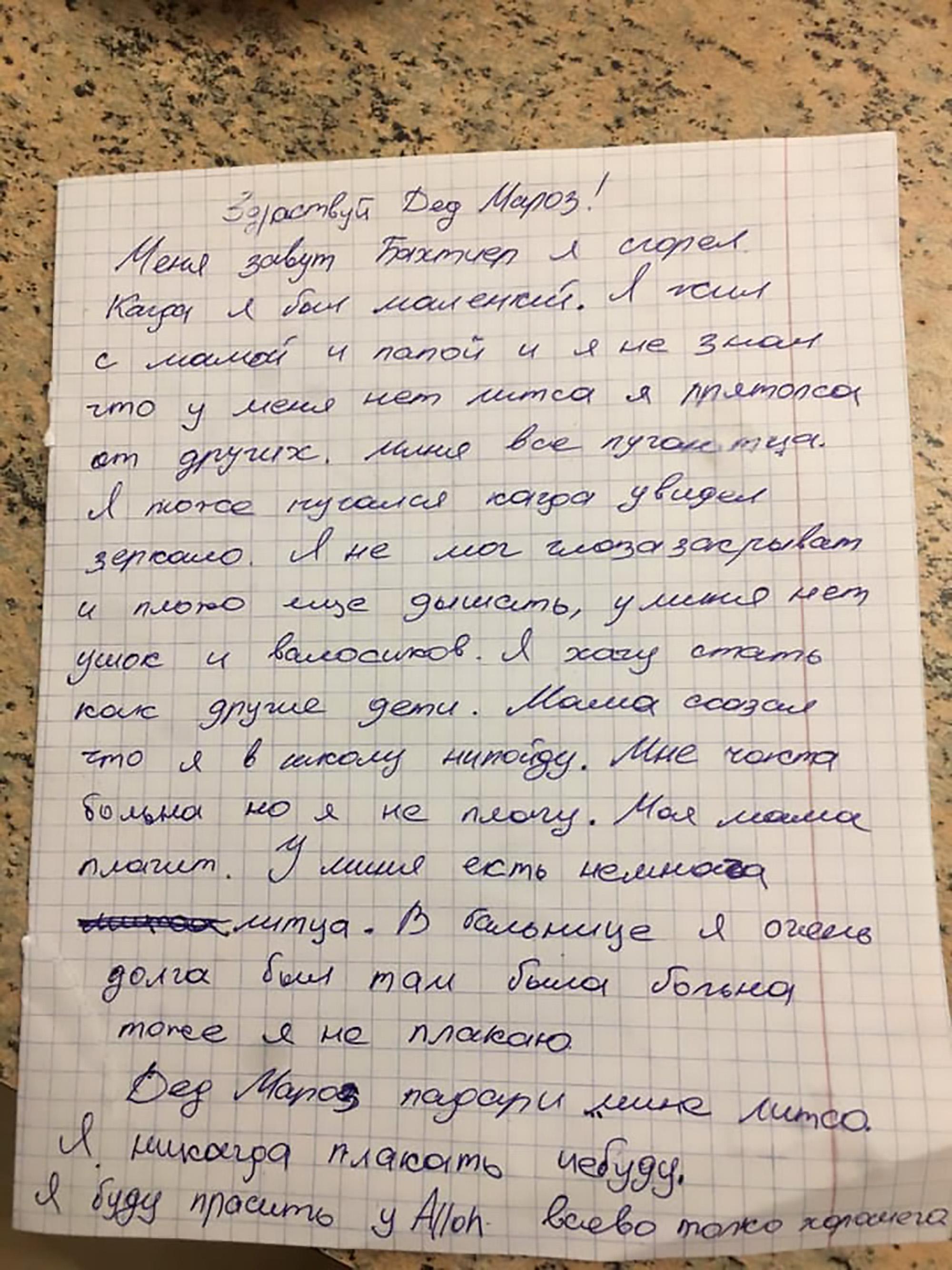 "My mum says that I will not go to school.

"I am often in pain, but I do not cry. My mother does.

"Father Christmas, give me a new face, please, I will never cry in my life then. I just want to be like other children."

Over the last year, Bakhtiyer has received medical treatment at the MedIndia clinic in India.

Reconstructive surgery has given the boy new lips, teeth and eyelids. In July this year, doctors inserted implants into the boy's neck to stretch his skin. 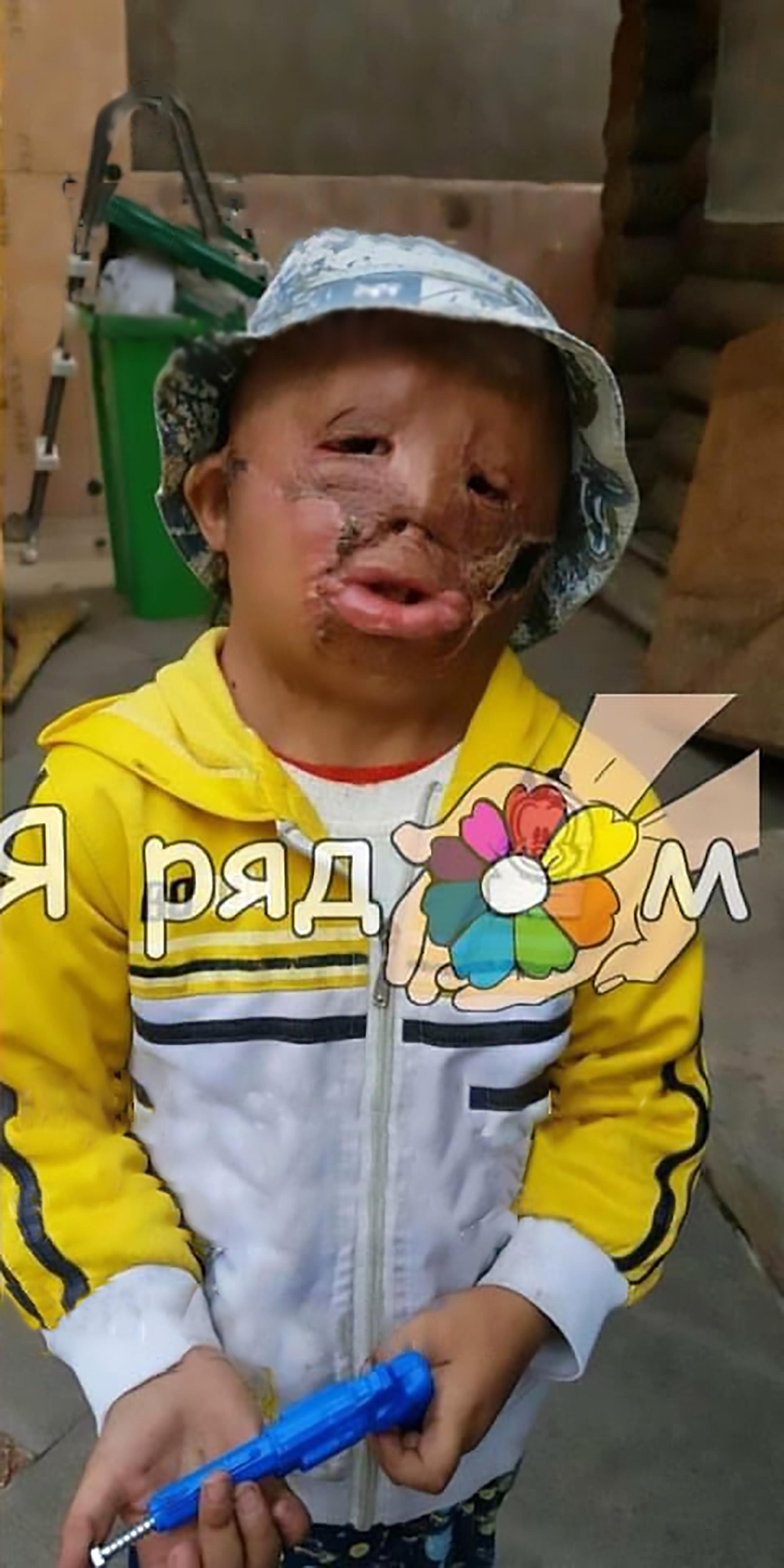 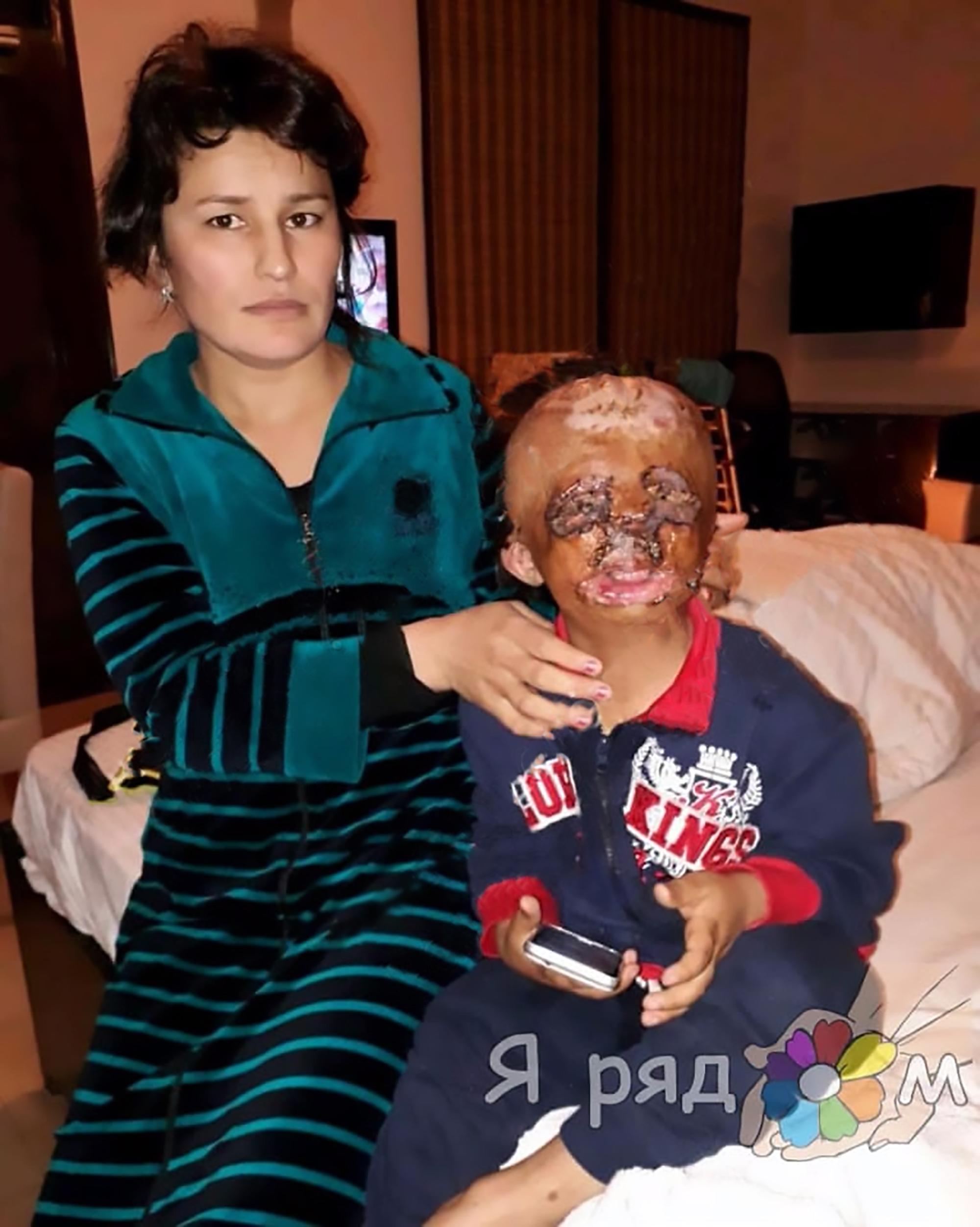 His neck skin will be used to replace his facial skin that had been completely burned off.

Bakhtiyer will undergo surgery in late December this year.

He is from a poor family and his treatment started several years after the blaze when the NGO learned about his situation by chance. 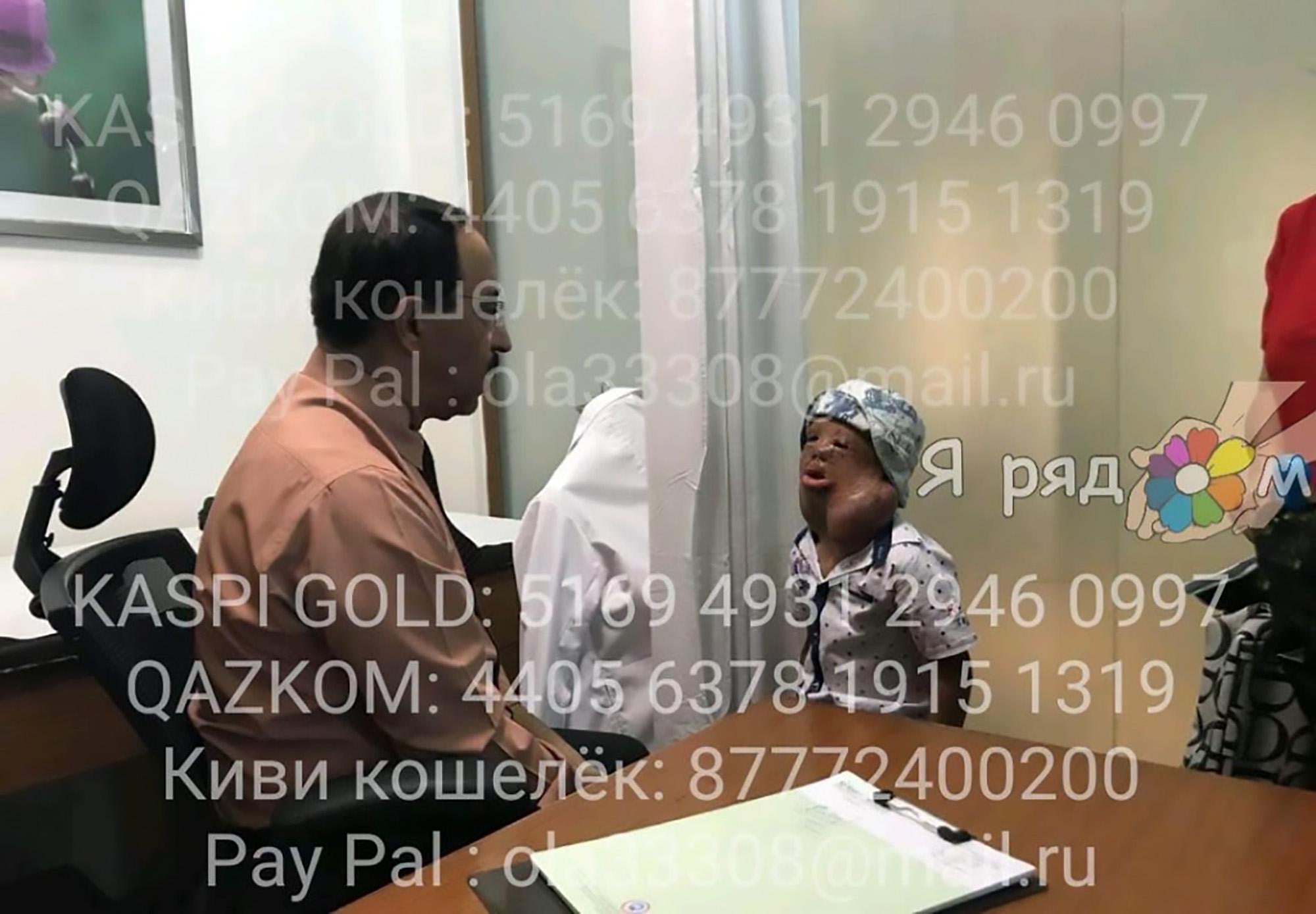 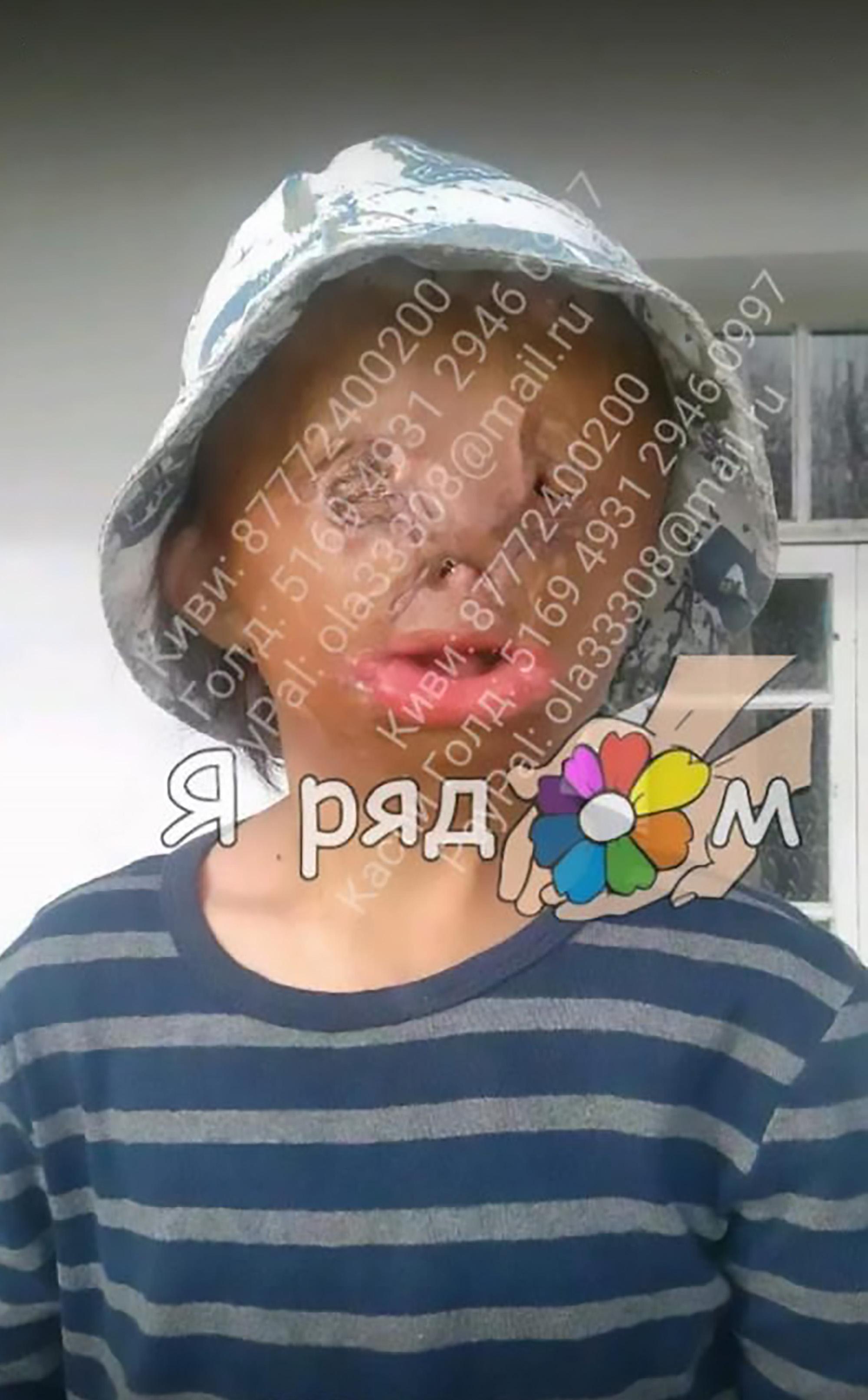 Bakhtiyer was a baby sleeping in his cot beside the fireplace when a blaze broke out and caused the terrible injuries.

For several years he could not open his mouth and he was fed through a tube that caused his teeth to rot.

Family friend Olga Ryabeva, who helps to raise funds for the boy's treatment in India, said: "He was very little when his face, head, neck and shoulders got burned. He was basically melting alive."

The boy's face is so badly disfigured that his parents cover him with a blanket when they go out with him.

People who want to help the boy can use the charity organisation's PayPal: [email protected] or connect via Facebook.