A SAFARI guide reveals how he survived an attack from a “monster” hippo who swallowed him head first and threw him around like a “rag doll.”

Paul Templer, 49, told The Sun Online how the cranky hippopotamus left him with 39 “major” bite wounds and only one arm after the terrifying assault in his native Zimbabwe in 1996. 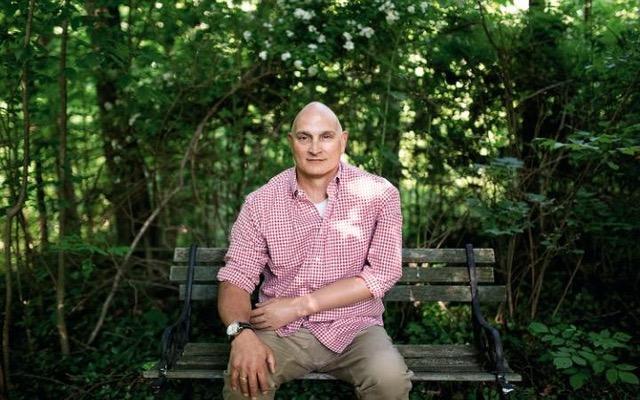 The wildlife expert, who was leading a small safari tour of six people down the Zambezi river, said the “unusually aggressive” hippo had tried to attack him six months before the incident.

On that occasion, the beast started to bite the water and “manhandle” an upturned canoe on the river – which Paul says was “extremely unusual behaviour.”

There were six more similar acts of hippo aggression in the area over that period, which Paul believes were carried out by the same hippopotamus.

Paul describes the animal as "bigger than a Ranger Rover" and “one of the biggest hippos he has ever seen” measuring around 15ft long, over five ft high and weighing a colossal 8000lbs. 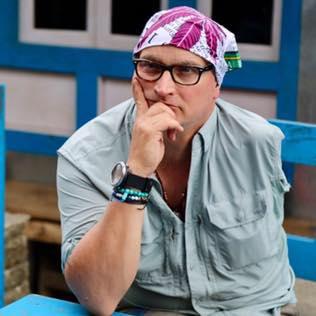 His near-fatal attack occurred near Victoria Falls and started when the animal knocked one of his pals out of his canoe.

Paul said: “As I paddle towards him, the hippo was coming towards me under the water and the ripples on top looked like a submarine torpedo cutting through the water.

“So I turned towards him and tried to grab him, and it was like something out of a movie because our fingers almost touched and then everything just went dark.

“It happened so quick, I had no idea what the hell was going on.

“From my waist up I wasn’t dry but I wasn’t wet either like my legs were.

“I couldn’t move – I was like wedged in this tight place. I knew it was in a hippo or a croc either way it wasn’t good.

“So then I knew where I was – I was head first up to my waist in a hippo’s throat.

“I think I was triggering just about every one of the hippo’s gag reflexes.

“But he’s also got teeth sticking through me which are keeping me stuck where I am.”

Paul says the hippo’s putrid breath smelt of “rotting eggs” and his throat and mouth were “warm and slimy.” 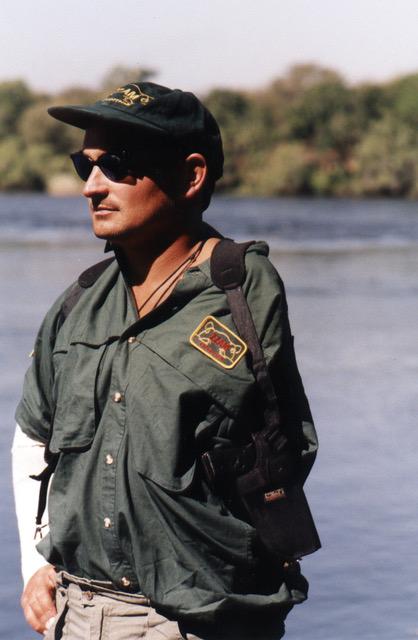 When the hippo eventually spat Paul out, he quickly swallowed the safari guide again – but this time from the feet first.

Despite being armed with a handgun – Paul was unable to reach for the weapon during the relentless attack.

Paul was trashed around in the water trying not to drown before the hippo spat him out for a second time.

But as he swam towards his friends he saw “monster hippo” charging towards him with its jaws wide open.

He continued: “He scored a direct hit. And now my legs are out one side of its mouth and my arms, my head and shoulders are hanging out the other side.

“And then he just went berserk.

“I tried everything – scratching, punching but nothing I did worked. 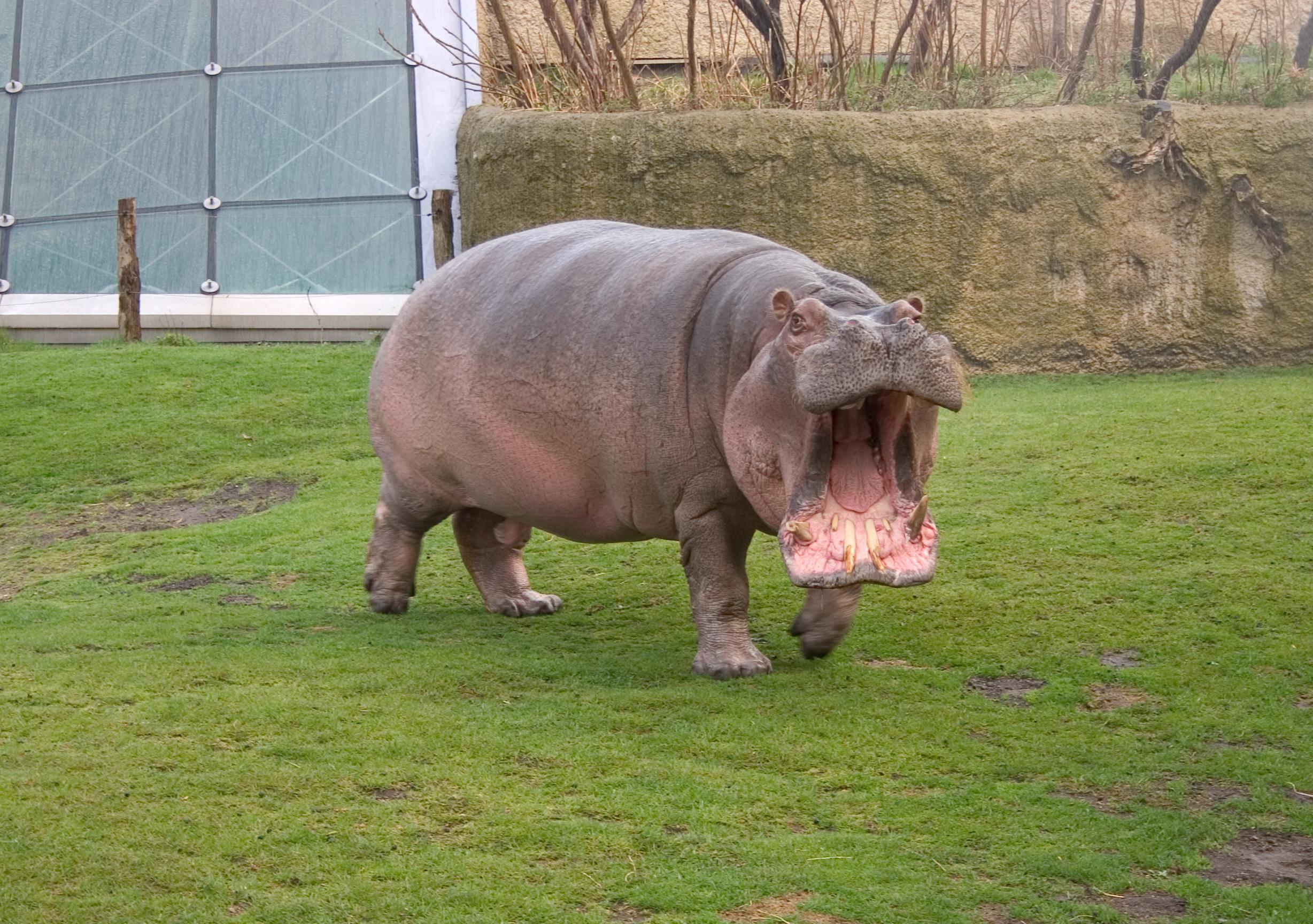 “It was throwing me in the air and catching me.

“When he would drag me under water I would hold my breath. When he brought me back to the surface, I would take a deep breath.

“After a while I figured out if I held his tusks which were boring through me, my flesh wouldn’t tear so much.

“One of my clients said it was like watching a dog trying to rip part a rag doll.

“He grew frustrated because I wasn’t falling into a hundred different pieces.”

Paul says after the wild trashing on the surface, the hippo took him to the bottom of the river

He said:  “It was so surreal because I could remember looking up at the surface and watching my blood mingling with the water.

“I don’t remember how long I was down there but I can tell you that time moves pretty slow when you’re inside a hippo’s mouth.

“And then the hippo became frustrated and spat me out again.”

Paul was then rescued by one of his friends who he says showed “incredible bravery” to paddle over and grab him.

Tragically, his friend who was knocked from his canoe by the beast drowned.

It took Paul eight agonising hours to get to a hospital without any painkillers.

The adventurer admits that the pain was so intense, he considered suicide.

He said: “I had bites in my neck and spine and one of my arms was smashed into a million pieces.

“Without a shadow of a doubt I wanted to die. I didn’t know a human body could endure that much pain.

“If my gun hadn’t dropped out of my holster during the attack – I would have killed myself for sure.”

Paul had his left arm amputated by doctors at the Victoria Falls Hospital.

But rather than be traumisted by the incident, Paul has used the attack to motivate himself and inspire others.

The Zimbabwe-born businessman now works as a motivational speaker living in Chicago.

Since the attack, he has survived cancer, and a recent divorce, and is the proud father to three children.

His book What’s Left of Me is available on Amazon.

The hippopotamus kills more humans every year than any other animal in the continent of Africa.

Lethal hydrogen cyanide gas was detected in home of boy, 7, who died