This is the moment two brazen doorstep thieves are seen swiping an Amazon birthday delivery from a father’s porch while ‘leafleting’.

CCTV footage captures the moment the two men steal the unattended parcel, which had been ordered for the resident’s son’s birthday, from inside of the closed porch.

Police are currently seeking to identify the men, who were leafleting for paving work in the Preston Park area of Brighton at around 3:30pm on November 4.

In the footage one of the men can be heard alerting the other to the parcel, by simply saying ‘Amazon’.

The other thief then swoops down and takes the parcel, appearing to look around to check that no one is watching before making a quick get away.

After receiving a notification the parcel had been delivered the resident, who does not wish to be named, checked their surveillance footage to see the two thieves clearly whipping the package.

The resident said they felt ‘disgusted’ by what they had seen and worried that the thieves may be using the leafleting work as a guise to target homes as they receive Christmas deliveries.

He said: ‘I had told Amazon it was OK to leave the parcel in the front porch and it was only the next day after getting the message it had been delivered that I realised it was not there. 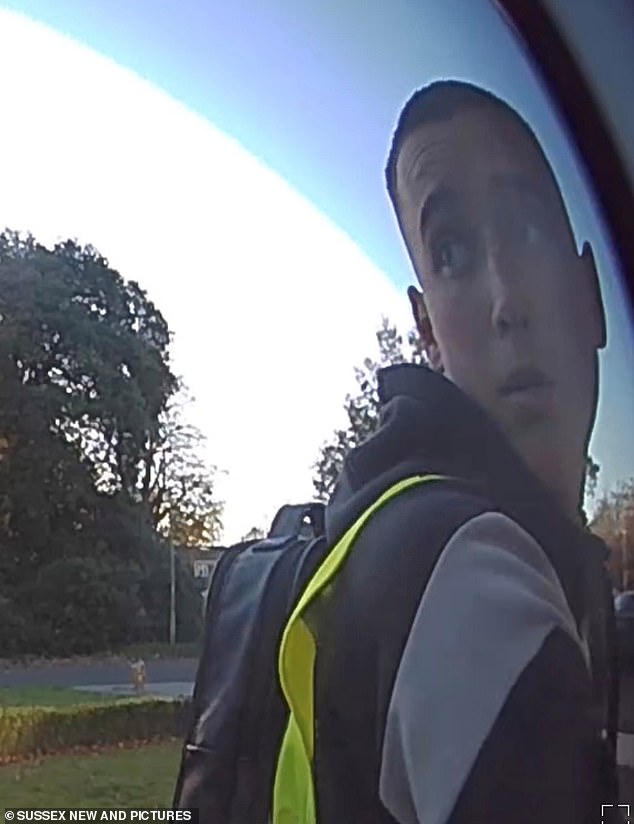 Police are currently seeking to identify the men following the Preston Park theft in Brighton. One of the suspects is tall, skinny and white with cropped dark hair (pictured) 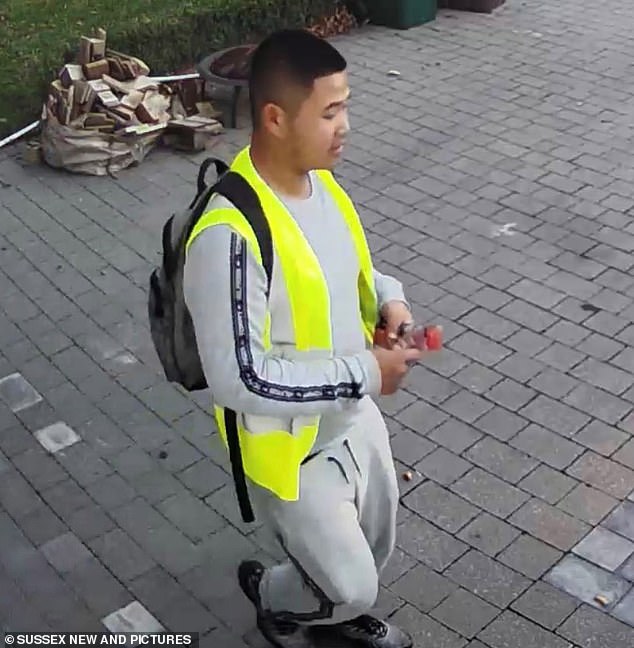 The other suspect  (pictured) appears to be of East Asian ethnicity and wore a grey tracksuit, with a grey backpack and high-vis gilet

‘I checked the CCTV and neighbours told me they had seen two guys walking across front gardens.

‘In the middle of the day people were happy to just take the things they could see. I think it’s disgusting. I was in the house at the time.

‘I have no reason to believe that the paving company were aware or involved in the theft. Perhaps the men were taking on the leafleting and using it as a cover.’

One of the men is tall, skinny and white with cropped dark hair. He was wearing a black Nike tracksuit with a hooded top and bottoms, and black trainers and a high-vis gilet. 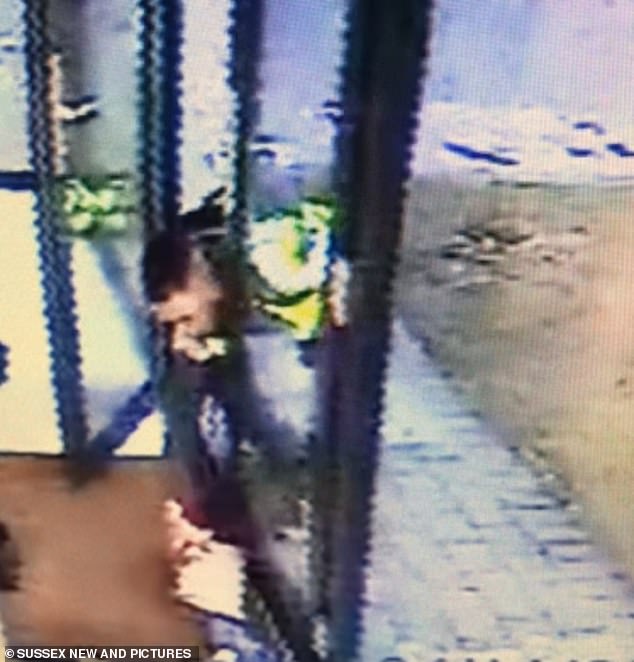 The other appears to be of East Asian ethnicity and wore a grey tracksuit, with a grey backpack and high-vis gilet.

The resident, who asked not to be named, said information, including the apparent first names of both men, was given to him by the paving company.

But he said the first police response to receiving the information was to tell him that he would need to know the suspects’ full name and address.

He said: ‘You would think the police would be aware of people making Amazon purchases which are then going missing, it’s coming up to Christmas. 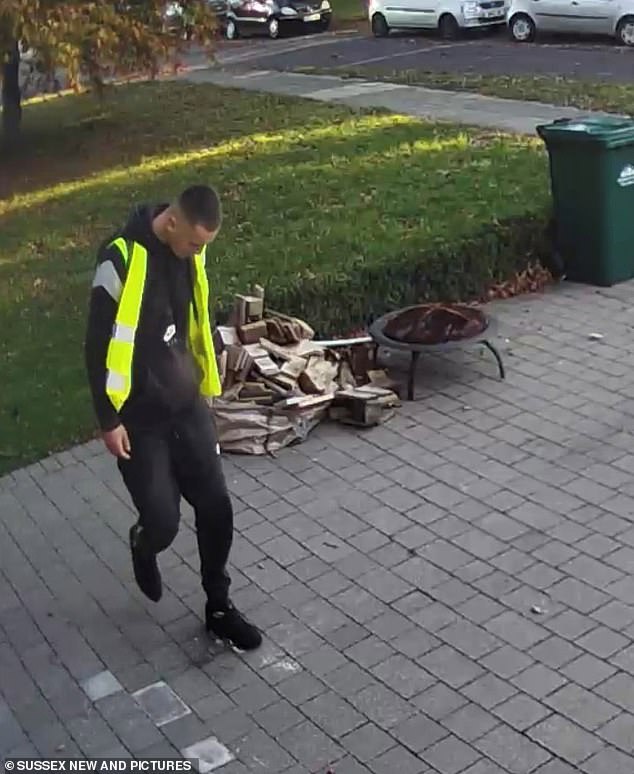 The resident, who asked not to be named, said information, including the apparent first names of both men, was given to him by the paving company however police have been unable to act

‘We have their first names and pretty much an address, so they should not be hard to find.

‘The police told me they couldn’t do much apart from put it on their database.’

The distraught dad then contacted his local paper for help, and is calling for anyone who recognises the men to report the information to the police.

A police spokesman said the incident was under investigation and enquiries were ongoing to identify the two suspects pictured.

Bidet company will pay someone $10K to study their pooping habits