CADAVER-smelling K9s have reportedly been brought in to search for Brian Laundrie at a Florida nature reserve that's been at the center of the hunt for the fugitive van-lifer.

Search efforts inside the Carlton Reserve in Sarasota County appeared to be winding down in recent days, but on Thursday morning a hive of police activity was spotted at an entrance of the 24,000-acre park. 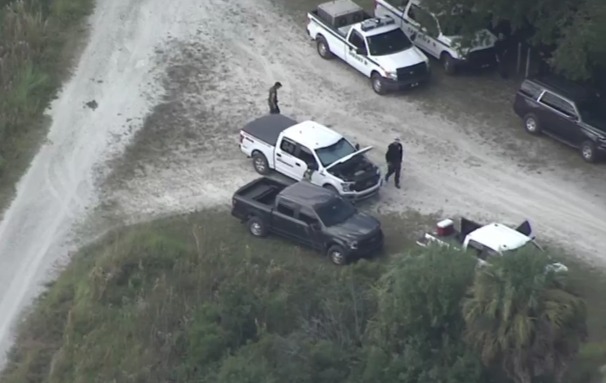 According to WFLA, several law enforcement vehicles were spotted on the Venice end of the reserve at around 9.30am.

Two units from the Pasco County Sheriff’s Office were among the units sighted at the scene.

A spokesperson for the department confirmed that two K9 units – a human remains detection (HRD) unit and a K9 trainer – were on scene assisting the North Port Police Department, the Sarasota County Sheriff’s Office and the FBI.

“We have sent the HRD K9s a few times and patrol K9s (who are also trained to track those who are missing) a few times,” the spokesperson said.

“For more insight, we’re one of the only law enforcement agencies in Florida that have HRD K9s in-house, so we’re often requested to assist in that aspect across the state.”

No further updates have been issued. A planned prescribed burn is taking place at the nearby Big Slough Preserve but activity is unrelated to the search for Brian.

The increased activity at Carlton Reserve comes exactly a month and one day since Brian Laundrie was allegedly last seen.

His parents claim the 23-year-old told them he was going hiking in the park on September 13 but never returned. It took them four days to alert police that he was missing.

Brian and Gabby, who met in New York before moving to Florida two years ago, were around two months into their planned four-month cross-country road trip touring the US’ national parks before Gabby vanished sometime around August 27.

Brian quietly returned home to Florida alone on September 1, failing to alert police or Gabby’s family that she was missing.

He reportedly acted "without a care in the world" upon his return, neighbors said, mowing the front yard and enjoying idyllic bike rides with his mom.

Gabby was eventually reported missing by her mother in New York on September 11. That came after 10 days of allegedly being stonewalled by Brian and his parents about where her daughter was, she said.