THE victim of the horror crash on a Spanish motorway has been identified as a 24-year-old Brit.

The victim, believed to be an expat, was killed instantly after smashing into the central reservation of the AP-7 motorway near the entrance to a tunnel close to the Costa Blanca town of Pilar de la Horadada. 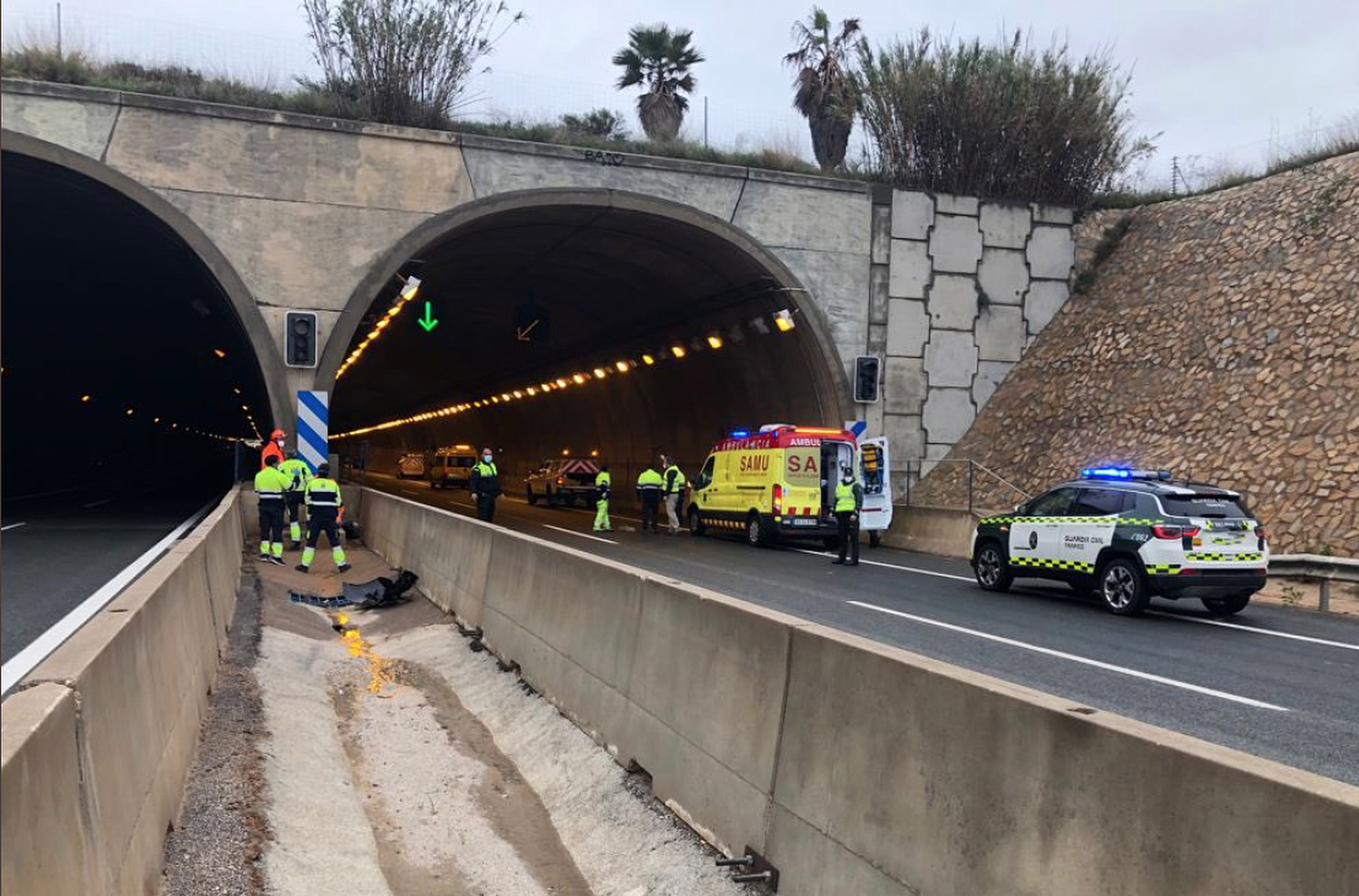 Footage of the accident showed the vehicle rolling several times as it flew high into the air before coming crashing back down on the tarmac inside the tunnel.

His car hit the bottom of the motorway viaduct before careering to the ground a short distance in front of another motorist in the slow lane.

A medical response team was only able to confirm the death of the unnamed Brit when it reached the scene of the crash, which occurred just before 11.30am on Friday.

Debris from the written-off vehicle was strewn all over the motorway, which had to be closed so the car could be removed along with the victim’s body.

An investigation into the cause of the crash, which didn’t appear to involve any other vehicles, is underway.

One paramedic who went to the scene described the accident as “brutal.”

Ambumar, an emergency response firm based in Pilar de la Horadada which was called on to help, said: “A 24-year-old man has died after hitting the central reservation at the mouth of a tunnel on the AP-7.”

Local police from the town and Civil Guard who will present a report to an investigating judge tasked with coordinating the probe were also alerted.

Police could not be reached early this morning/yesterday morning (TUE) for any more information.

The youngster who was killed is thought to have come from Orihuela Costa and was travelling north along the motorway.

Oracle proposes TikTok US HQ and 20,000 jobs a week before ban begins

XR eco-warrior claims giving pupils too much dairy is 'RACIST'