A British man infected with coronavirus is facing eight years behind bars after trying to leave Poland with a faked test certificate.

The 39-year-old was detained by border guards at Lodz airport while trying to board a flight to Nottingham with a doctored certificate on which he had changed his positive status to negative.

The man who has not been named for legal reasons has been accused of creating an epidemiological threat, spreading a contagious disease and forging a document. 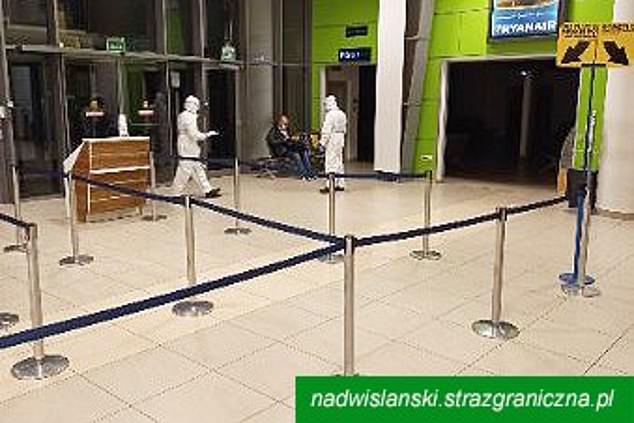 ‘According to the sanitary procedure, such a document exempts the traveller from compulsory quarantine in our country, but when returning to the UK, the traveler is required to have a current COVID-19 test performed 72 hours before arrival.

‘The result of the test was positive.’

The spokesman added:  ‘As he said, driven by the will to return home quickly, he decided to change the test printout, changing the positive result to negative, thus enabling himself to board the plane to the East Midlands.

‘During the passport control, it turned out that the man was listed in the system as a person subject to domestic isolation until the end of the week.’

They added that by trying to board the airplane, the man posed a threat to the health of over 200 people, including passengers and airport staff.

If found guilty he faces a jail sentence of between six months and eight years.