The brother of a fallen 9/11 firefighter finished his 537-mile honorary walk from Washington DC to New York City on Saturday in honor of those who lost their lives in the terror attacks 20 years ago.

Frank Siller walked from the Pentagon to Ground Zero through Shanksville, Pennsylvania, to honor his brother, who rushed to the Twin Towers on 9/11 on his day off, as well as all the others who died in the three terror attacks.

He began at the pentagon, where American Airlines Flight 77 hit at 9.37am on September 11, killing 64 on the plane and 125 in the building. From there, he walked to Shanksville, Pennsylvania, where United Flight 93 crashed after its 44 passengers overpowered the four hijackers on board. The plane is believed to have been heading towards the White House or Pentagon and killed 40 people.

Siller’s youngest brother had been due to play golf in New Jersey with his siblings on the day of the tragedy, but drove back towards Manhattan after the planes hit.

He had to stop his car in the jammed Brooklyn-Battery Tunnel, and ran through the rest of the portal with 60lbs of gear on his back, racing toward the burning Twin Towers. 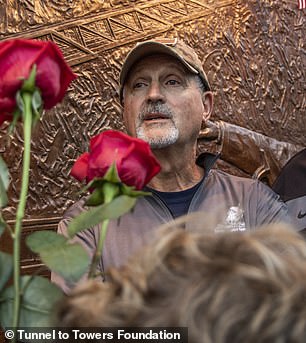 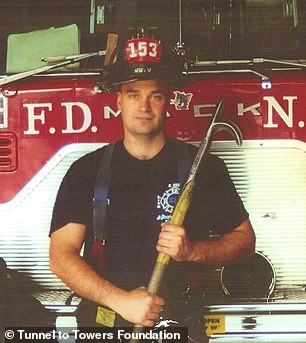 Frank Siller (left) finished his 537 miles from Washington D.C. to New York City on Saturday. Siller walked in honor of his brother Stephen (right), who died at 34 after he ran toward the Twin Towers 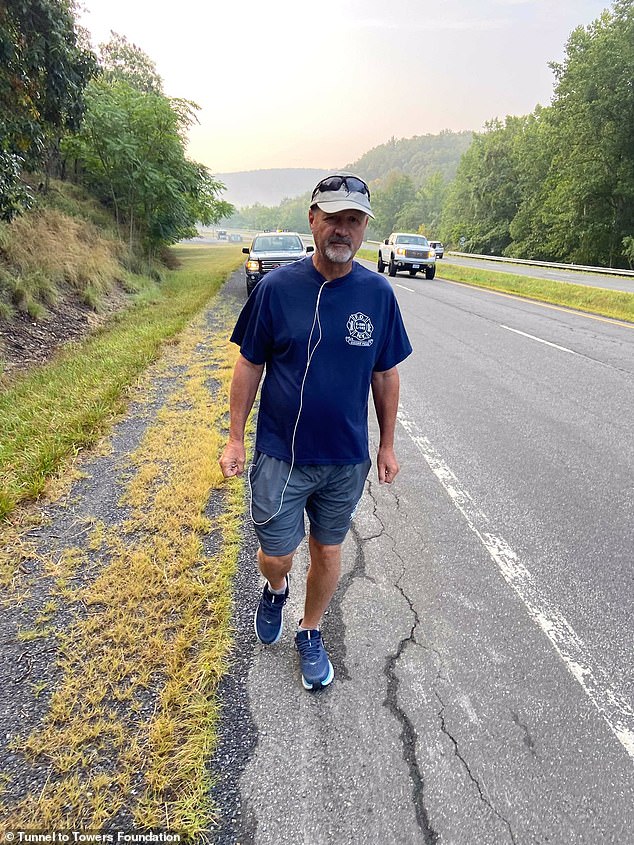 Siller listened to music as he walked along the roadway as he continued forward in his long journey. Since the death of his brother, Siller and his family have worked hard to keep doing good things as they moved forward 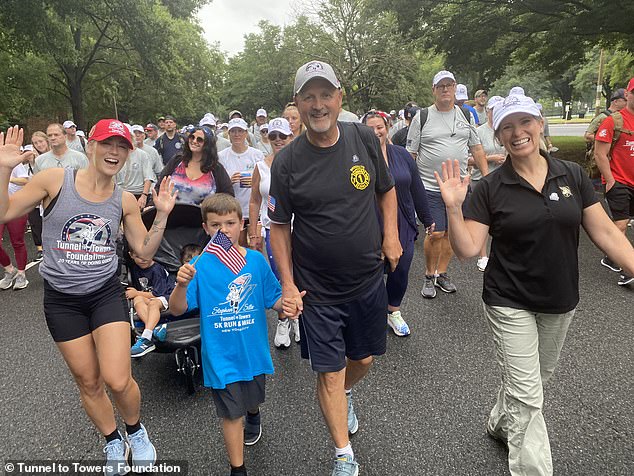 Siller (center) starting the ‘Never Forget’ memorial walk in Arlington, Virginia, near the Pentagon is walking to honor his brother in the only way he knew how 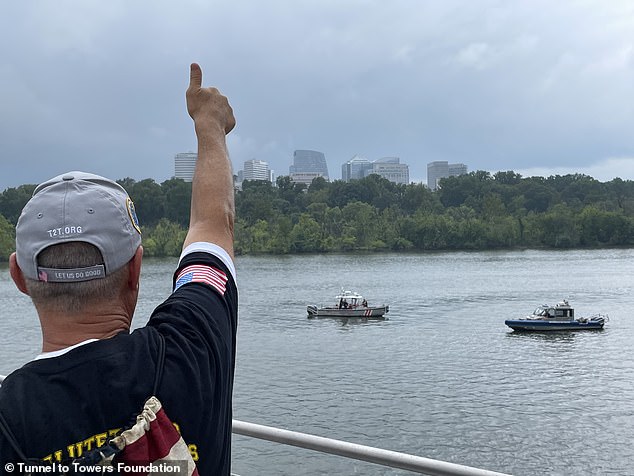 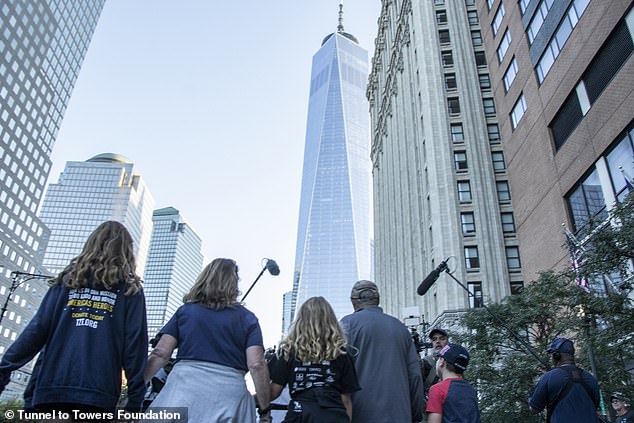 Stephen had just gotten off his shift where he was assigned at Brooklyn Squad 1 but turned back around to help after two jets slammed into the World Trade Center.

Stephen called his wife as he ran back to grab his gear and drove the firetruck to Brooklyn-Battery Tunnel to find it had been shut down for security purposes. He took off running through the tunnel.

‘He ran through that tunnel, came out the other side and saw a horrific scene,’ Siller told CBS Mornings.

The Tunnels to Towers ‘Never Forget’ Walk started at the Pentagon near Washington DC and ended at Ground Zero, where Siller’s brother Stephen died.

The route was 537 miles long and took six weeks across six states.

The last words Stephen ever said to Siller was ‘I’ll see you tomorrow, bro,’ at lunch the day before.

But tragically, he died when the towers collapsed during his rescue attempt.

When the family realized he wasn’t coming home, they set out every day to continue to do good.

Siller knew the 537-mile journey would not be easy, but he did it to honor his brother in the only way he knew how.

‘It’s going to be very difficult. Of course, I’ll be thinking of Stephen,’ he said. ‘I know the difference: I’m walking, he ran with his gear on. I’m going to see the Freedom Tower and look at what he saw: the Twin Towers on fire, but nonetheless, I’m trying to do something to honor my brother and this is what I thought I could do and I’m glad I did it,’ he told CBS Mornings.

Siller walked through six states over six weeks. He began at the Pentagon before making his way through Shanksville, Pennsylvania before ending in New York City, where he followed his brother’s footsteps to Ground Zero.

He started Tunnels to Towers Foundation to honor his brother’s death, who died at only 34 years old, and the organization set up the 500-mile walk for the 20th Anniversary.

‘We want to make sure that is always told what happened that day,’ he said on the last leg of his journey. 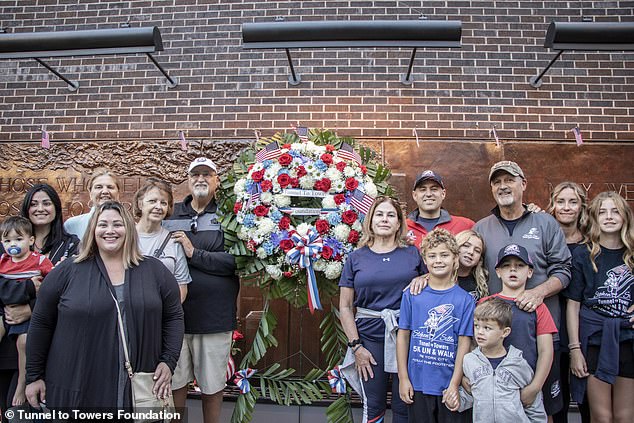 Siller’s organization Tunnels to Towers foundation organized the walk (Siller pictured in a hat and gray sweater on the right with fellow walkers). The walkers started at the Pentagon before making their way through Shanksville, Pennsylvania and ending at Ground Zero 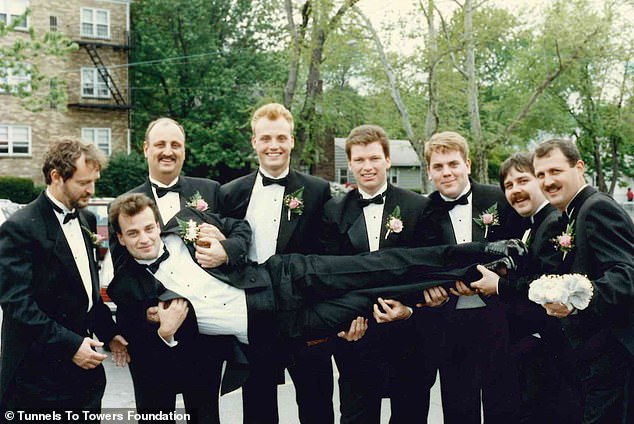 President Joe Biden, among other government officials, attended the 9/11 Memorial service at Ground Zero today to honor the 2,753 people who died at the World Trade Center in the terrorist attack orchestrated by al Qaeda leader Osama bin Laden.

In Washington, 184 people died at the Pentagon after hijacked American Airlines Flight 77 crashed into it. Forty passengers and crew members died on United Airlines Flight 93.

Only 60 per cent of the remains were able to be identified. 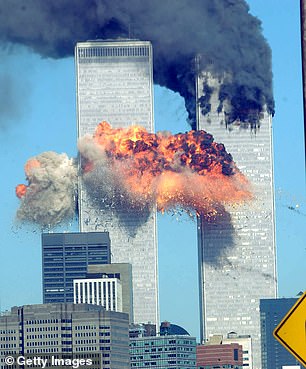 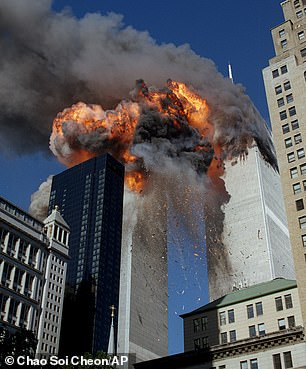 Siller’s brother got stuck at the Brooklyn-Battery Tunnel, where vehicles weren’t being allowed in for security purposes. Stephen strapped 60lbs of gear on his back and took off running through the tunnel to see come out to see the chaos of fire and smoke erupting from the Towers 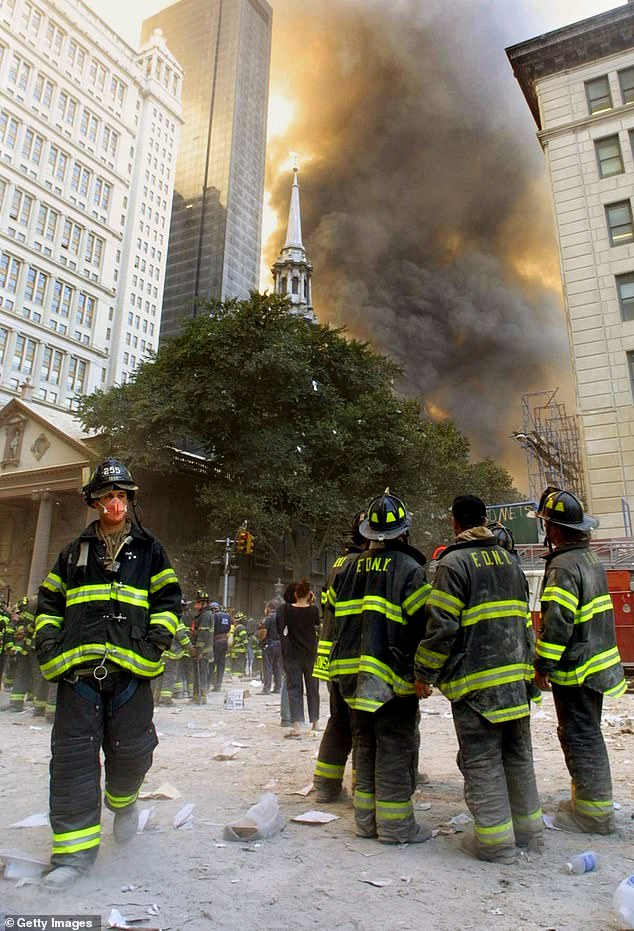 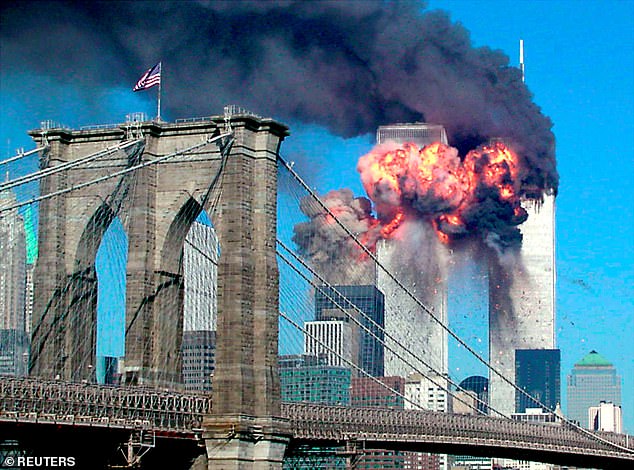 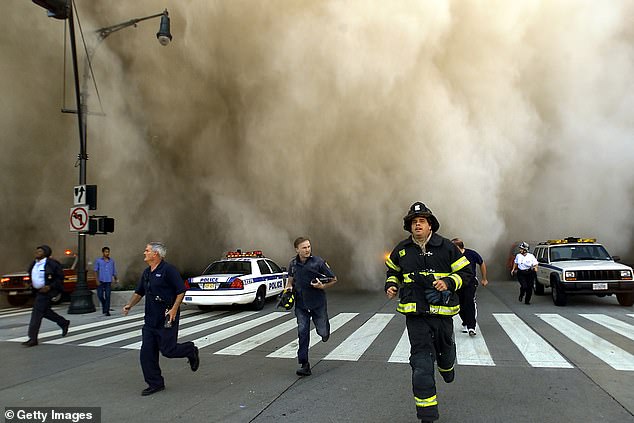 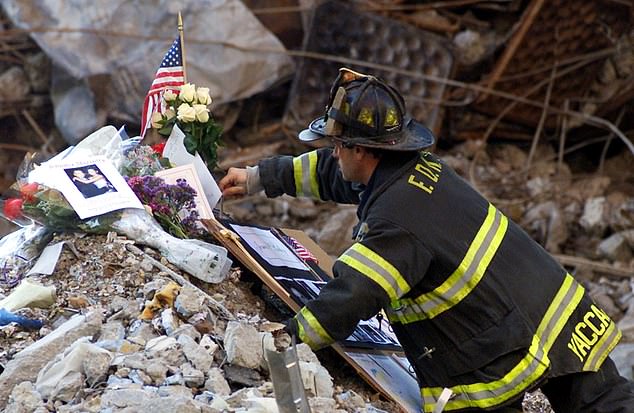 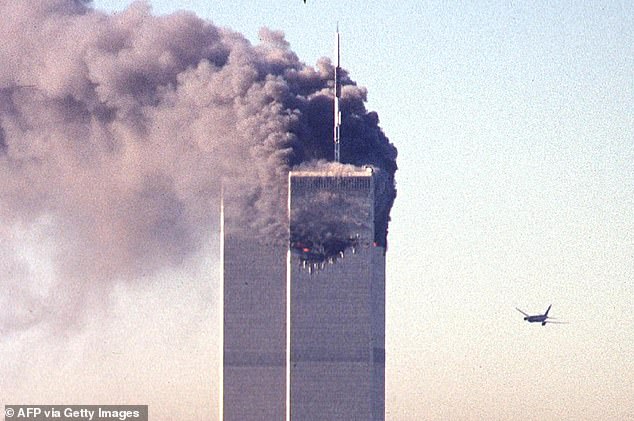 Businessman, 48, 'bludgeoned high-class escort, 29, to death with kitchen PESTLE and pretended to be unconscious when cops arrived'