Brothers, 18 and 20, who tailgated a car for kicks and then stabbed one of its passengers to death in horrifying road rage attack when he got out to complain are jailed for total of 30 years

Roman Hemmings, 20, and his younger sibling Sero Hemmings, 18, of Leicester, attacked Ashley Johnson after being offended by a comment about their driving.

Roman dealt the fatal blow on February 24, which was described at Leicester Crown Court as ‘unsurvivable’. The brothers then fled the scene before going on the run. 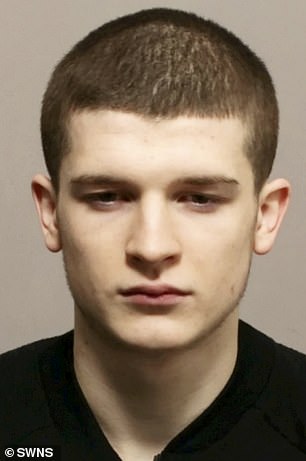 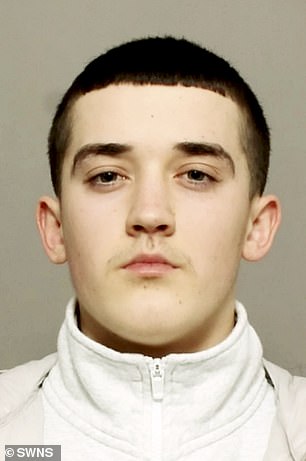 Roman Hemmings (left), 20, and his younger sibling Sero Hemmings, 18, have been locked up

They were convicted of murder. Roman was jailed for life for at least 20 years, while Sero was sentenced to life in detention for a minimum of ten years.

Mary Loram QC, prosecuting, said Mr Johnson had remonstrated with the brothers – whom he did not know – when they tailgated a car he was travelling in with friends.

Mr Johnson, of Leicester, was sitting in the back of a silver Vauxhall Astra, travelling with Ben Smith and Stefan Linnett. Another friend, Kieran Crawford, was driving.

The Hemmings brothers were in a black Peugeot and pulled up alongside the Astra at traffic lights – before those in the Astra got out to argue with the brothers. 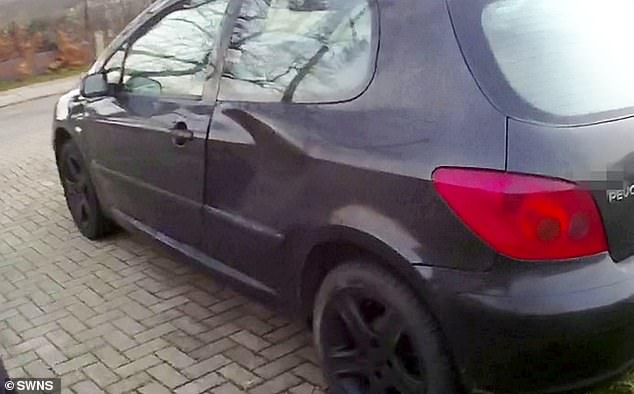 Bodycam footage of the disovery of the Peugeot, which had been driven by the two brothers 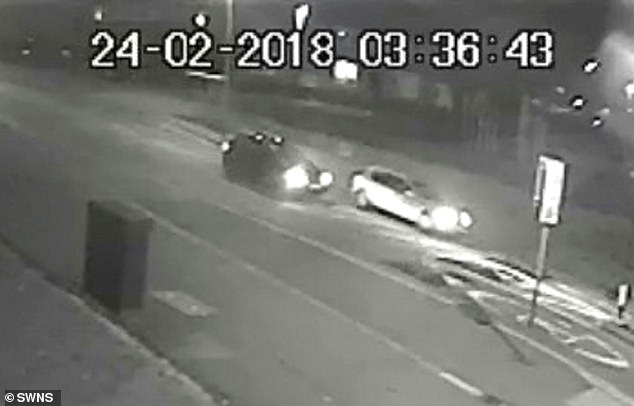 CCTV of both vehicles – the black Peugeot, being driven by the Hemmings brothers, and the white Vauxhall Astra, which they were tailgating in Leicester

CCTV footage showed how the Peugeot was being driven, and Ms Loram told the jury: ‘You may understand why those in the Astra were annoyed, or at least wanted to know what was going on. 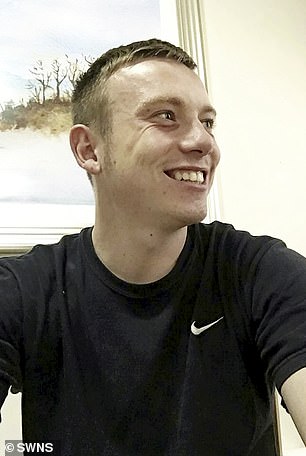 Ashley Johnson, 24, was stabbed in the back

‘The passenger of the Peugeot (Roman Hemmings) told them that he ‘had beef around here’, so presumably meaning that he had some trouble with others.

‘One of the young men from the Astra said that was no reason to be driving as they were, at which the Peugeot passenger got out of the car and became angry.

‘It was seen that he had a knife in his hand at which Ben Smith ran, whilst Ashley Johnson and Stefan Linnett went to get back into the silver Astra of Keiran Crawford.

‘Ashley Johnson was climbing into the back when the (Peugeot) passenger leaned into the car and stabbed him in the back.’

Roman got back into the Peugeot which was driven away by Sero. Mr Johnson died at 4.29am that morning at Royal Leicester Infirmary, shortly after his arrival.

A knife block and four knives were later seized from the brothers’ home address with one knife missing from the set.

These knives had matching handles to the murder weapon which had been found in nearby Stokeswood Park the day after the killing.

Judge Timothy Spencer QC told the brothers: ‘You two have ruined lives, not just the lives of the people she talked about but the lives of many others and that’s irreparable.’

Mr Johnson’s family – including his mother Karen and two brothers Aaron and Lee, said in a tribute letter to him: ‘You are and always will be missed. You were a son, brother, uncle and true friend.

‘No words can be written to express our sadness at losing you and not a day goes by that you are not thought of and missed.

‘Days will never be the same without your presence, hearing your voice and seeing your beautiful face and smile.’ 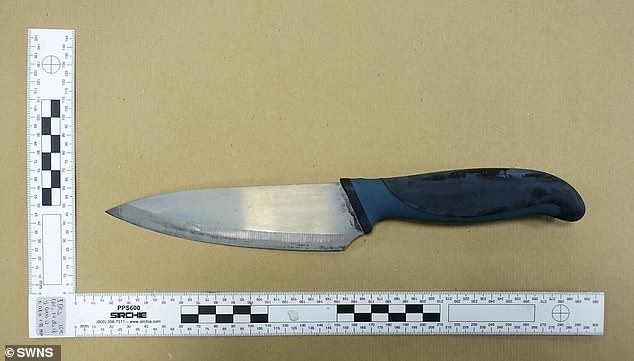 The knife used in the murder of Mr Johnson, who died in hospital in Leicester that morning 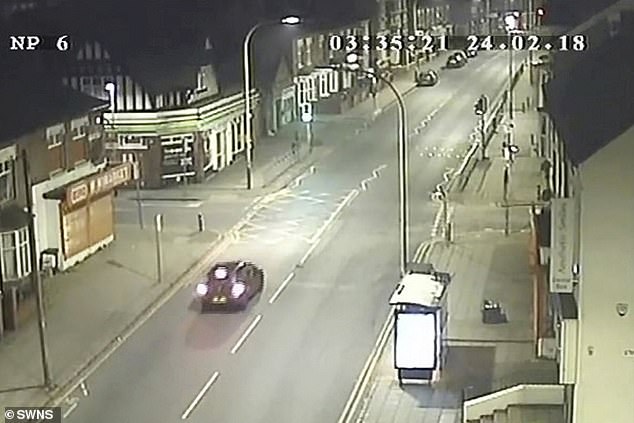 CCTV of the Peugeot after the incident in February, which saw the two brothers flee the scene

Mr Johnson’s girlfriend, Chelsea, added: ‘You were not only my partner but my best friend, the most loving and caring man to walk into my life.

‘Your beautiful cheeky smile and your loud contagious laugh would light up any room and for that you will be truly missed.’

Detective Inspector Jon Blockley, from East Midlands Special Operations Unit’s major crime team, said: ‘This was a horrific incident in which a young man had his life taken away by two men he didn’t know – all over a flippant comment about the way a car was being driven.

‘After committing the murder the brothers tried to cover up their crime by attempting to clean the car and throw away the knife.

‘While today’s guilty verdict will not bring Ashley back to his family I hope it will provide some closure on what has been an incredibly difficult time.’

Teacher, 29, had marijuana-fueled sex on camera with student, 17, cops say – The Sun

What does Rishi Sunak's £15bn cost-of-living giveaway mean for you?