A burglary victim was banned from travelling to see what was stolen from his second home after being told by police it was not one of the government’s ‘reasonable excuses’ for travel.

Peter Baker fears thousands of pounds of equipment was taken from his garage in Norfolk, after neighbours told him of the raid.

The 87-year-old had hoped to travel the 165 miles from his home in Crawley, West Sussex, but was warned not to by officers. 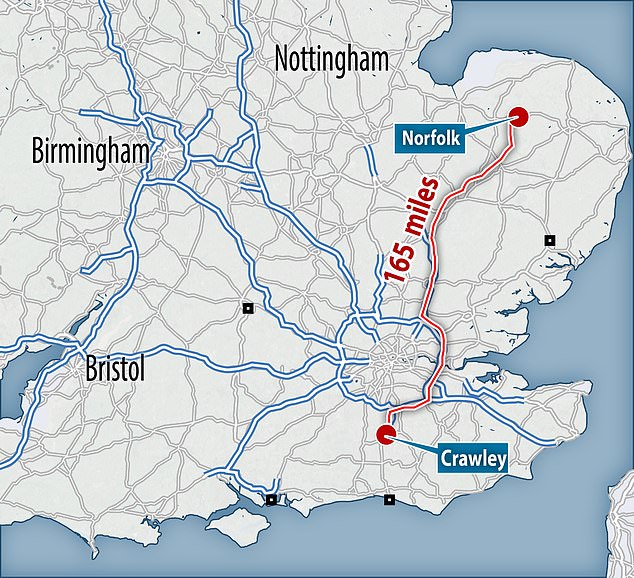 The electrician’s daughter, Nikki, 33, was left outraged by the ordeal.

She told the Sun: ‘What more of an excuse could there be to travel? It’s stupid.’

A spokesman for Sussex Police said: ‘People should only leave home if it is one of the reasonable excuses on the Government website.’

Under lockdown rules in England, people are only allowed to leave their property for activities such as shopping for essentials or permitted childcare.

People should limit outdoor exercise to once per day, which can be taken alone, with their household, or one person they do not live with.

Leaving home for recreational or leisure purposes , such as for a picnic or a social meeting, is not allowed.

Police can issue fines of up to £10,000 for organised gatherings.