Would you like friesians with that? Calf is spotted sitting in back seat of car at McDonald’s drive-thru after farmer stopped in for something to eat on way home from fair

Hilarious footage captured the moment a calf was captured riding in the backseat of a car in a Wisconsin McDonald’s drive-thru.

Jessica Nelson filmed the incident in the Marshfield drive-thru as she sat three cars behind the Buick Sedan with the cow’s face staring out of the back window.

The caption on the video read: ‘There’s a whole a** cow in the back of that car.’

Nelson, of Mosinee, Wisconsin, was originally convinced the cow was fake and did not realize that there were two other calves in the backseat as well, according to the owner.

The owner, named only as Bernie, also said that the cow in the video was a calf as well.

‘I thought it was fake at first. Who puts a cow in a Buick?’, Nelson told The Associated Press. ‘Then its whole head moved.’

‘I just took the video of it because I was blown away there was a cow in the back of a Buick.’ 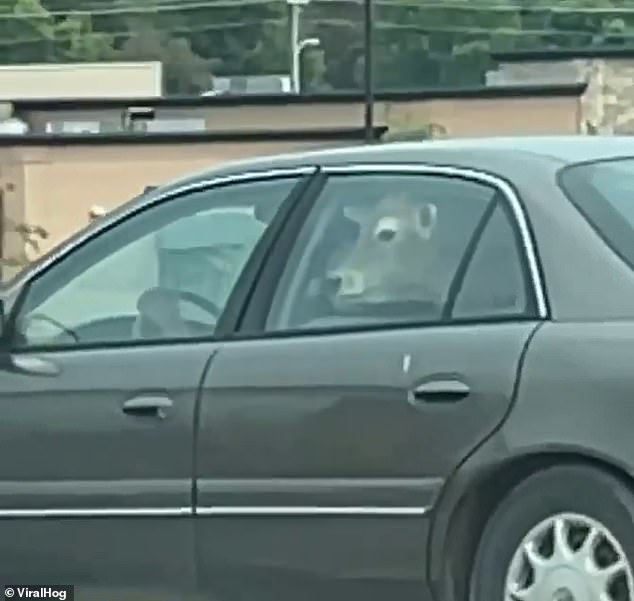 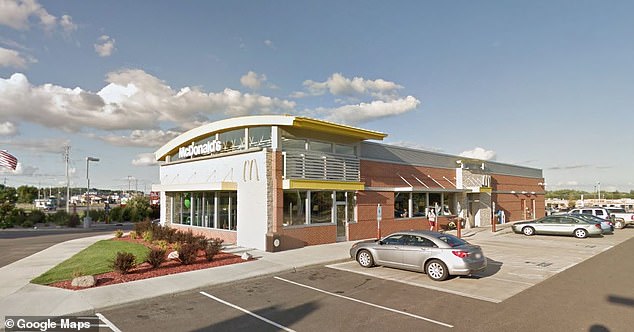 The video, which Nelson shared to Facebook, was filmed at the McDonald’s drive-thru in Marshfield, Wisconsin as she sat three cars behind the Buick

The video became an overnight success after Nelson posted the video on August 26.

Nelson wrote: ‘Wake up to 52K views. Over 2K shares. And at least 6 news sources have reached out to use my video.

‘All because an old man drove thru McDonald’s with a cutie cow. I wish I was able to give him all the credit. I just shot the video.’

‘Taking a cow to get a burger? Something is wrong with that’, one user commented.

‘Only in Central Wi!!! Bet they are showing at the fair!’, another said.

‘I hope he/she’s wearing a diaper!’, another humorously added. 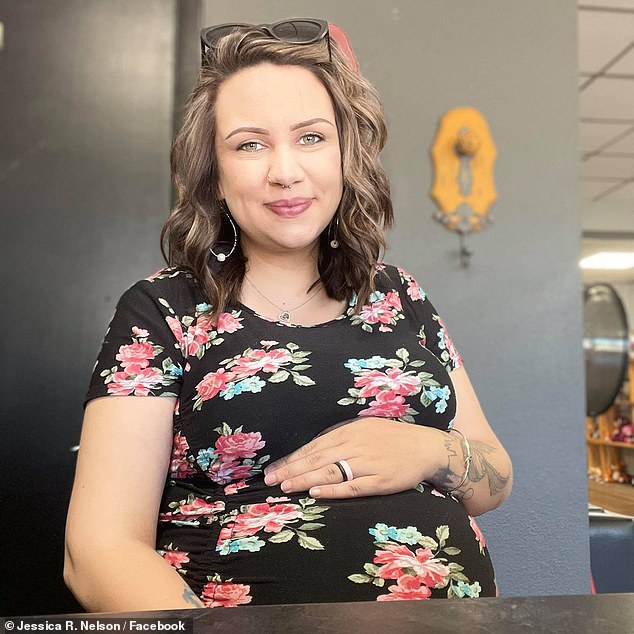 Nelson (above) was shocked at the success of the video after she posted it on Facebook as it currently has 215,000 views