Cancer conwoman Hanna Dickinson has been jailed for another year, for claiming $100,000 in a disability support pension she was not entitled to at the same time that she was fleecing family friends.

Dickinson was leading a party lifestyle of drugs and alcohol in 2013 when she told her family she was gravely ill with leiomyosarcoma, a rare form of cancer, and she needed money to go overseas for treatment. But her claims were all lies. 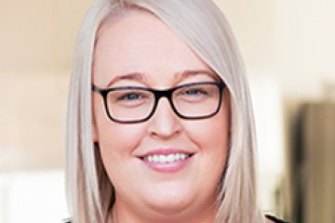 Her parents went to their friends who gave a combined $41,770, and Dickinson splurged the money on trips to Thailand and Hong Kong and on excessive use of alcohol, cocaine and MDMA.

Amid this deception, Dickinson also claimed a disability support pension from the federal government, the County Court heard on Tuesday, received $100,230 in benefits between January 2014 and October 2018.

She did so on the back of three false documents she said had been written by a doctor, a surgeon and a cancer specialist and then had her mother – who was also duped – write a letter of support and lodge the application for the pension on her behalf.

"You had no legitimate entitlement to any of those funds," Judge Sarah Dawes told Dickinson.

The 27-year-old was jailed in 2018 for defrauding the family friends but successfully appealed and avoided further prison time. However her past caught up with her in June when another judge jailed her for attempting to obtain a $30,000 car loan through falsified documents, which breached an existing community correction order.

On Tuesday, Judge Dawes extended the prison time by one year for defrauding the government. Upon her release Dickinson, who pleaded guilty to obtaining a financial advantage by deception, will then have a further 18 months of jail suspended and hang over head for three years to ensure she is of good behaviour.

"This was a sophisticated and sustained fraud perpetrated over a number of years," Judge Dawes said as Dickinson sobbed and wiped her eyes on a video link from prison.

The offending was motivated by greed and committed against the public purse, Judge Dawes said, and Dickinson had ample time to reconsider. But she continued claiming benefits even after three weeks in jail in 2018, until the government department realised it had been swindled.

Dickinson, who has a past conviction for steering $10,168 of tenants' rent money into her own account while she worked as a property manager, is to face court again next year on other fraud charges.

The court heard that Dickinson told psychologists she had a lonely childhood on her family's farm, was bullied at school and in her late teens turned to drugs and alcohol in the belief the party scene would expand her network of friends. She also reported fantasies that money would get her more friends and material possessions.

"You wanted to party hard and maintain an extravagant lifestyle," Judge Dawes said.

Judge Dawes acknowledged Dickinson had mental health problems including a diagnosis for borderline personality disorder, which reduced her moral culpability and had told psychologists she felt shame and guilt over her offending and had considered suicide and self-harm.

One psychologist diagnosed Dickinson with post traumatic stress disorder, based on a report she was raped at 19. However the judge was not satisfied by the diagnosis or the rape allegation given the conwoman's history of dishonesty and the lack of supporting evidence.

Judge Dawes said Dickinson was sorry for the predicament she was in but found that did not equate to remorse, although the judge accepted the conwoman had been publicly disgraced and would find prison onerous without visits from her mother, who remains supportive.

Dickinson has paid back $8000 of the money she defrauded from the government, the court heard, but $92,000 remains outstanding.

If you or anyone you know needs support call Lifeline on 131 114, or Beyond Blue's ccoronavirus mental wellbeing support service on 1800 512 348.