Hollywood at a canter! Champion racehorse Dream Alliance becomes a movie icon after being bought by a village, raised on an allotment and winning the Welsh Grand National

He has been immortalised in a film released on Friday starring Damian Lewis and Toni Collette.

But former champion racehorse Dream Alliance is taking his renewed celebrity status in his stride.

The 19-year-old stallion, nicknamed Dreamy – who romped to victory in the 2009 Welsh Grand National – is now enjoying retirement in the green fields of Somerset with his former stable girl, Clare Sandercock.

His uplifting tale of small beginnings and overcoming adversity in the shape of a serious injury has now made it to the big screen in the movie Dream Horse.

It stars Australian actress Miss Collette as Jan Vokes, a real-life supermarket cleaner from the former mining village of Blackwood in South Wales. 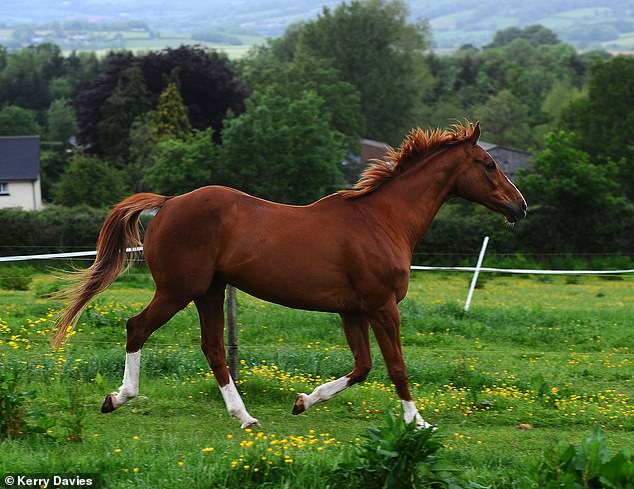 Former champion racehorse Dream Alliance (pictured), 19, who romped to victory in the 2009 Welsh Grand National, has been immortalised in a film released on Friday 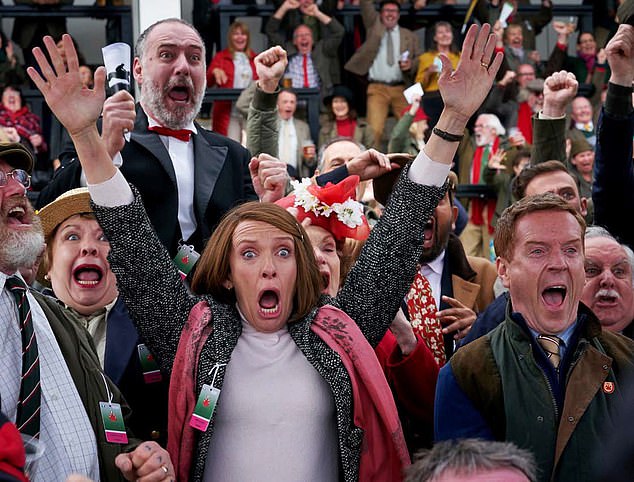 His tale of small beginnings and overcoming injury has made it to the big screen in Dream Horse, starring Toni Collette as Jan Vokes and Damien Lewis as Howard Davies (pictured)

She bred the horse on her allotment in Cefn Fforest with her coalman husband Brian, played by Welsh actor Owen Teale, funded by fellow villagers.

Mrs Vokes convinced locals at the working men’s club in Blackwood, where she also worked as a barmaid, to part with £10 a week to form a syndicate after deciding she wanted to breed a racehorse in 1998.

After buying a mare for £300 at a yard in Llanelli and finding a stallion in Oxfordshire with a racing pedigree, they bred Dream Alliance.

Aged three, the chestnut thoroughbred was sent to trainer Philip Hobbs at a cost to the syndicate of around £20,000 before making his racing debut at Newbury in November 2004.

A year later he came second in the Cheltenham Novice Jumpers’ flat race and third in a novices’ race at Newbury.

In January 2006 he won his fourth race at his local course, Chepstow, before winning the Perth Gold Cup in Scotland in April 2007. 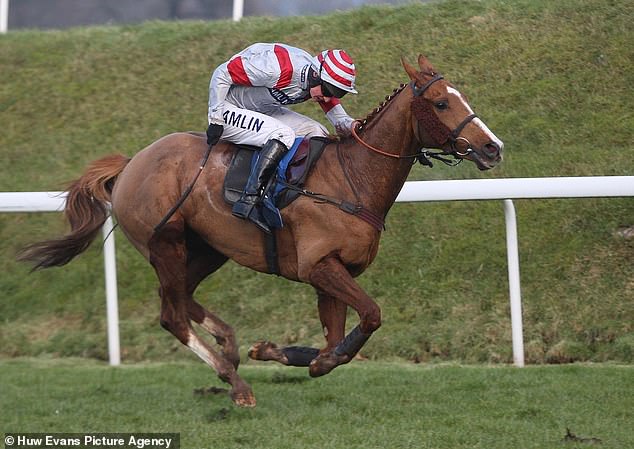 The horse, nicknamed Dreamy, won the Perth Gold Cup in Scotland in April 2007 before going on to claim victory at the Welsh Grand National (pictured) – at odds of 20/1 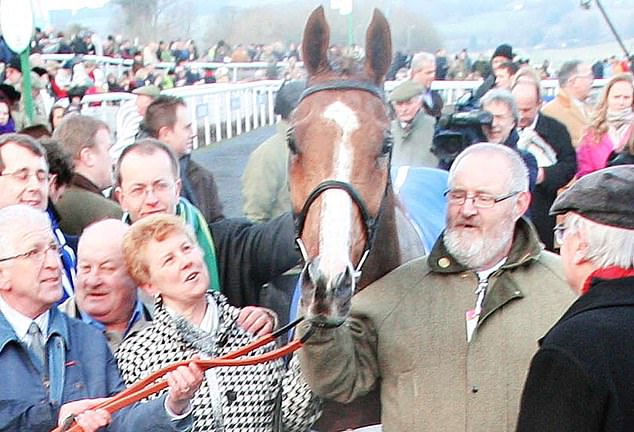 Jan Vokes, a real-life supermarket cleaner from the village of Blackwood in South Wales, bred Dreamy on her allotment in Cefn Fforest with her coalman husband Brian (both pictured)

Disaster struck in 2008 when he severed a tendon in a leg during a preparatory race for the Aintree Grand National – an injury that can mean a horse is put down.

But in a plot twist worthy of Hollywood, he bounced back after having pioneering stem cell treatment to win the Welsh Grand National at odds of 20/1.

He retired in 2012 because of a medical condition which meant he sometimes burst blood vessels in his lungs when exerted.

His lifetime winnings totalled £138,646, but the 23 syndicate members, including Howard Davies who set it up and is played by Lewis in the film, received only £1,430 each after vet bills, stabling and trainers’ fees.

Miss Sandercock, 31, took over ownership of Dreamy after his retirement.

She said: ‘Dreamy still has the odd niggle with his injury but he has been scanned and X-rayed regularly to make sure he is essentially sound. We don’t gallop these days, mainly just plod along country lanes.’

She added: ‘He always raced well but he never won again. He can be quite stubborn and I think he felt he had done it and proved himself so there was no need to have to do it all over again.

‘He’ll always be my champ though.’