Teacher resigns over CRT, says parents and teachers need to speak out against controversial curriculum

Manchester, Connecticut teacher Jennifer Tafuto explains why she left her job, says curriculum was too divisive for young students

The mayors of four major cities appeared to back a resolution adopted by the U.S. Conference of Mayors supporting critical race theory, or CRT, in public K-12 schools before their names were suddenly removed from a list of sponsors.

The resolution adopted by the Conference of Mayors, which describes itself as a “non-partisan organization of cities with a population of 30,000 or larger,” initially listed the following four mayoral sponsors: Louisville, Kentucky, Mayor Greg Fischer; Boise, Idaho, Mayor Lauren McLean; Chicago Mayor Lori Lightfoot; and Portland, Oregon, Mayor Ted Wheeler, as seen in a Wednesday screenshot posted to Twitter by CRT critic and journalist Christopher Rufo.

By Thursday morning, however, all four mayors’ names had disappeared from the resolution stating that “the nation’s mayors support the implementation of CRT in the public education curriculum to help engage our youth in programming that reflects an accurate, complete account of BIPOC history…”

A spokesperson for McLean said in a statement to Fox News that the inclusion of the Boise mayor’s name on the resolution was a “staff error.”

“Mayor McLean did not give her name or sponsor the resolution at the conference of mayors,” the spokesperson said. “It was a staff error. Signing on to this resolution wouldn’t make sense within Boise city limits since our school systems are operated by the Boise School District and West Ada School District, and she has no role in either.”

The offices of Fischer, Lightfoot and Wheeler did not immediately respond to inquiries from Fox News regarding the apparent retraction of sponsor names from the resolution on the Conference of Mayor’s website. 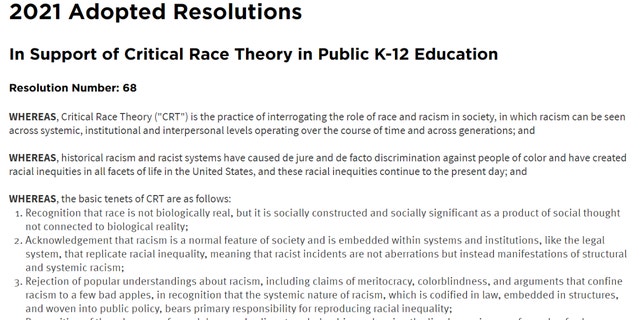 CRT is formally understood as an academic and legal analysis of race recognizing racism as a systemic problem affecting certain areas of society, but critics argue that the movement is divisive, especially when presented in classrooms, and separates children into groups of oppressors versus oppressed, privileged and underprivileged.

The resolution states that the “basic tenants” of CRT are: the “recognition that race is not biologically real, but it is socially constructed…”; “acknowledgment that racism is a normal feature of society and is embedded within systems and institutions…”; “rejection of popular understandings about racism, including claims of meritocracy, colorblindness, and arguments that confine racism to a few bad apples…”; and “recognition of the relevance of people’s everyday lives to scholarship, embracing the lived experiences of people of color … and rejecting deficit-informed research that excludes the epistemologies of people of color…”

The resolution concludes that “the United States Conference of Mayors supports access to equitable programs that reflect history, decrease achievement gaps, and better ensure that BIPOC [Black Indigenous People of Color] students receive resources to ensure their success upon the completion of their primary education.”

Impeaching and Donald Trump 'is on the table' says Rep. Jeffries