A CHILD snatcher stormed a mother's hotel room and tried to kidnap her child, it's alleged.

Police received a call from a distressed woman that an unknown man had tried to take her child from their Tampa hotel room on Sunday morning, according to reports. 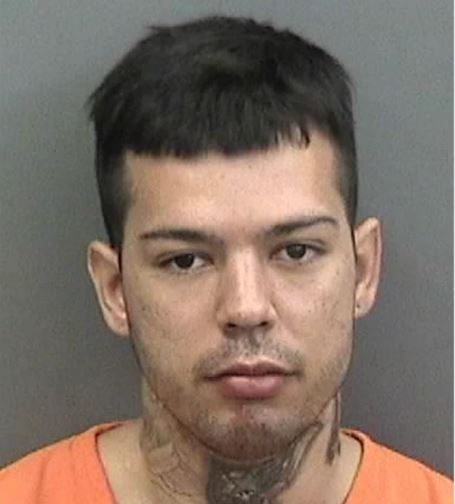 Gabriel Martin, 24, reportedly picked up the child in front of the mother before she jumped up and grabbed the child back, causing the man to leave the room.

The woman escaped with the child and called 911.

The suspect fled the hotel on foot and was found hiding in shrubs near a business park where he was then arrested by police, according to a statement by Hillsborough County Sheriff's Office.

Police did not release details about the child's age or information about the hotel under its interpretation of Marsy's Law.

Marsy's Law, a constitutional amendment, is designed to protect crime victims but arguably deprives the public of information that had been made available under Florida's public records law, reported the Tampa Bay Times.

"Thankfully the mother and child were not hurt during the course of the incident," said Sheriff Chad Chronister.

"As a parent myself, I can't imagine the fear this mother was in when the suspect tried to take her child away from her.

"He will be charged to the fullest extent of his crimes."

Martin faces charges of kidnapping, burglary of an occupied dwelling with battery and violation of probation.

The suspect was reportedly on probation for possession of MDMA and armed burglary charges in Manatee County.

It's unclear what Martin's motivations for the alleged incident were.

A trial date has not yet been set.