BEIJING (Reuters) – China’s foreign ministry said on Monday that Canadian Prime Minister Justin Trudeau’s sacking of his ambassador to China was an internal Canadian affair, after the envoy prompted a furor with comments about a high-profile extradition case. 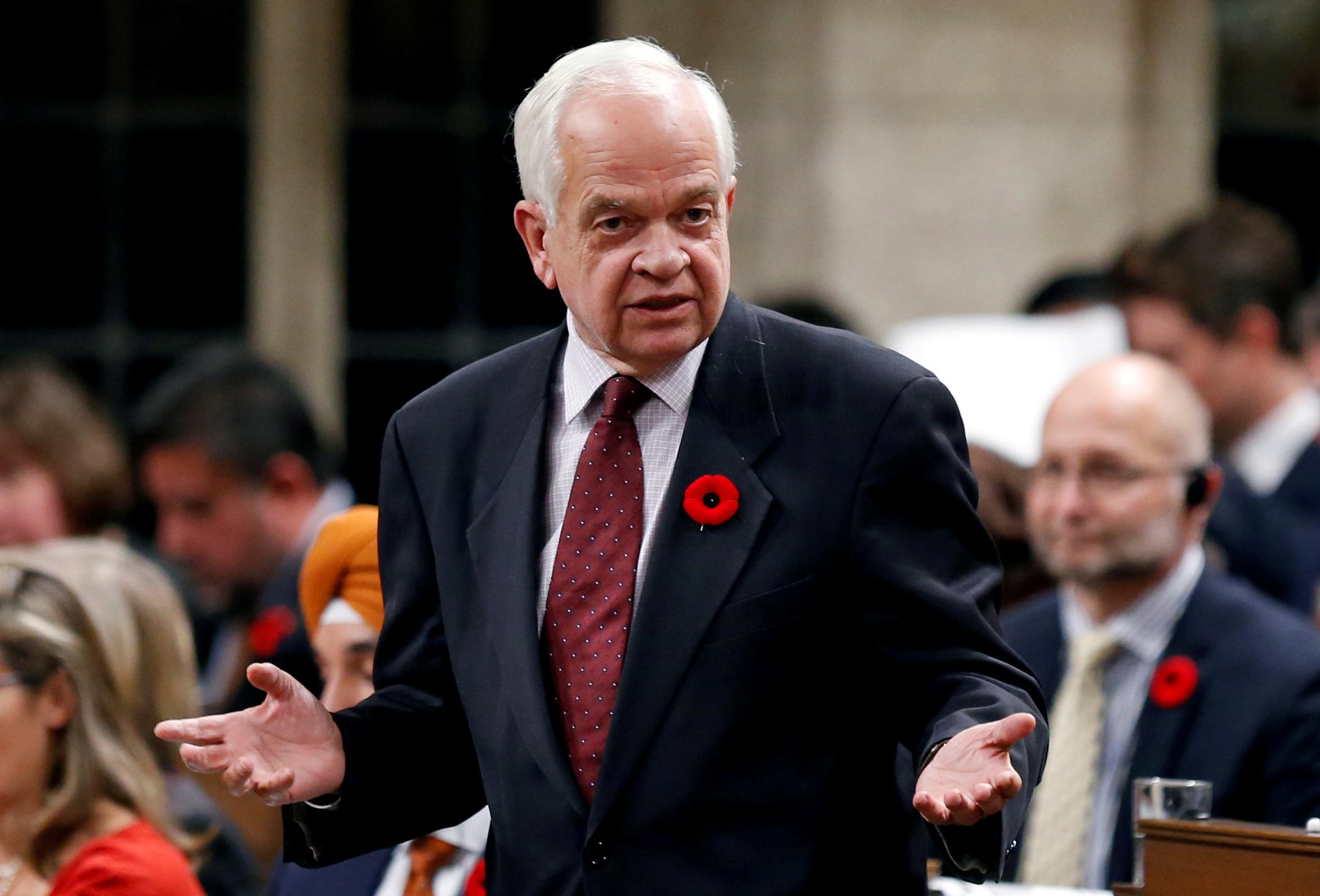 Meng, the daughter of Huawei’s founder, was arrested in Vancouver last month, at the request of U.S. authorities who suspect she violated U.S. sanctions on Iran.

China subsequently detained two Canadian citizens on national security grounds. A Chinese court later retried a Canadian man who had been jailed for drugs smuggling and sentenced him to death.

“The matter you have mentioned is an internal affair for Canada. China will not comment,” Chinese foreign ministry spokesman Geng Shuang told a daily news briefing in Beijing.

Geng reiterated China’s call for Canada to “make the correct choice” and release Meng so she could return to China. She was granted bail 10 days after her arrest.

The official China Daily newspaper said in a Monday editorial on McCallum’s sacking that those who had attacked him “should feel ashamed of themselves”.

“Trudeau’s firing of the ambassador shows how sensitive Ottawa is to the pickle it has got itself into at the behest of the U.S.,” the English-language paper said.

“The best solution for Ottawa to emerge with any credibility from the mess it has created is to admit its error of judgment and return freedom to Meng,” it added.

“It is hoped Ottawa will make the wise choice, a choice that is based on reason and fairness and not on political calculations of how to best get on with the country’s rambunctious southern neighbor.”

McCallum made his comments about Meng to Chinese-language media, which were broadcast on Wednesday last week.

In a clip shown by the Canadian Broadcasting Corp, McCallum said Meng had “quite good arguments on her side” and her extradition to the United States “would not be a happy outcome”.