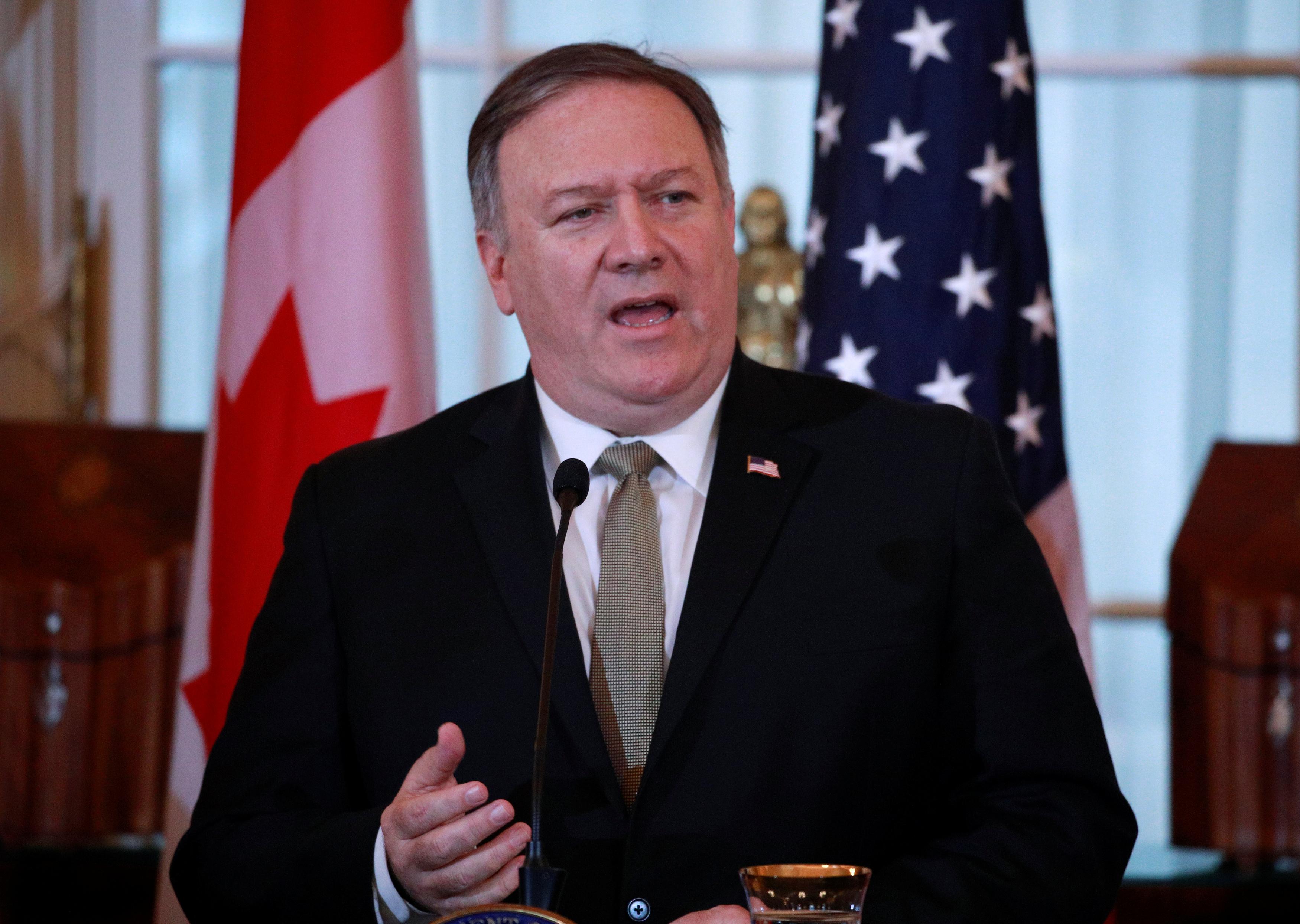 Pompeo’s comments were the first by a senior U.S. official on the arrests, which Canadian Prime Minister Justin Trudeau said could escalate a growing trade conflict between China and the United States.

“The unlawful detention of two Canadian citizens is unacceptable,” Pompeo told reporters after talks in Washington with Canadian Foreign Minister Chrystia Freeland. “They ought to be returned … We ask all nations of the world to treat other citizens properly.”

Canadian officials were granted consular access on Friday to one of the two detainees in China and were still trying to contact the second, the Foreign Ministry said.

“Michael’s arrest is unjust. He should be freed immediately,” Malley said in a statement.

“Far from being secretive, Michael’s work was open for all to see, Chinese officials first and foremost,” he said. Kovrig did not do anything to endanger China’s national security, either as a diplomat or at the ICG, Malley said.

U.S. prosecutors accuse Meng of misleading multinational banks about Iran-linked transactions, putting the banks at risk of violating U.S. sanctions. Meng, who is the daughter of Huawei’s founder, has said she is innocent.

Potentially complicating the case, U.S. President Donald Trump made comments this week that legal experts say may have undermined the U.S. basis for extradition.

Asked about the remarks, Freeland said: “We all agree that the most important thing we can do is to uphold the rule of law, ensure that Ms. Meng’s right to due process is respected and that the current judicial process in Canada remains apolitical.”

Trudeau, in his strongest comments on the matter to date, said China’s detention of the two men was “not acceptable.”

China rejects Trudeau’s insistence that the government cannot interfere with the judiciary. Meng was released on bail this week but has to remain in Canada.

“This is one of the situations you get in when the two largest economies in the world, China and the United States, start picking a fight with each other,” Trudeau told City TV in Toronto.

“The escalating trade war between them is going to have all sorts of unintended consequences on Canada, potentially on the entire global economy. We’re very worried about that,” he said.

Lu Shaye, China’s ambassador to Canada, told a university conference on Friday that the prospects for deeper business ties were good despite the dispute. He declined to comment when pressed by reporters about Trudeau’s remarks.

Boy, 3, dies after 'finding family member's gun and shooting himself in chest' during birthday party