‘What kind of monster puts Bounty behind the first door!’: Chocoholics furious at Celebrations advent calendar as the coconut bar that divides opinion is the first to be unwrapped

Chocolate lovers across Britain excitedly opened the first door of their advent calendar over the weekend – but the mystery treat left many unhappy.

For this year’s Celebrations advent calendar held a Bounty behind the door for December 1 – the chocolate that is known for often being eaten last from a tin.

Disappointed people took to Twitter to complain to Mars Incorporated about the choice – with others upset at Snickers and Mars following for the next two days. 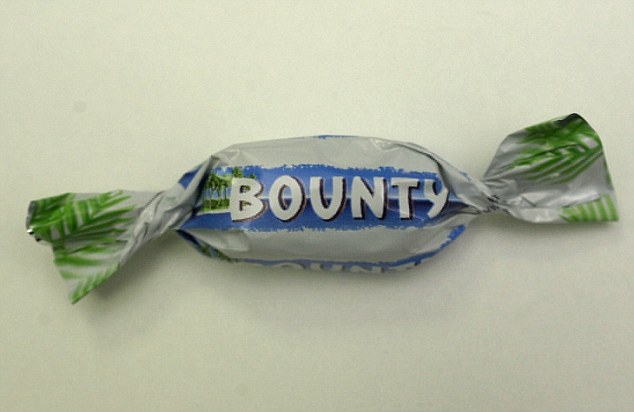 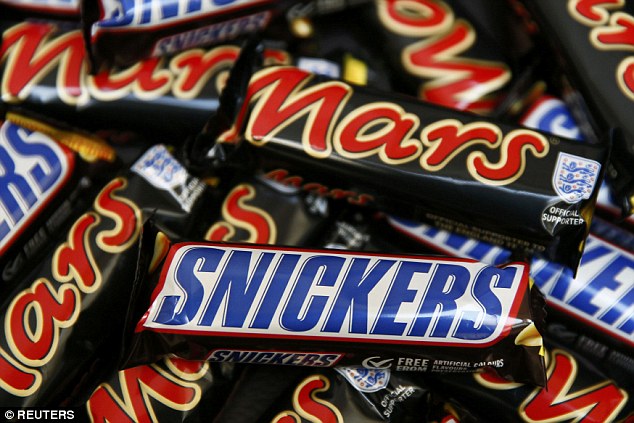 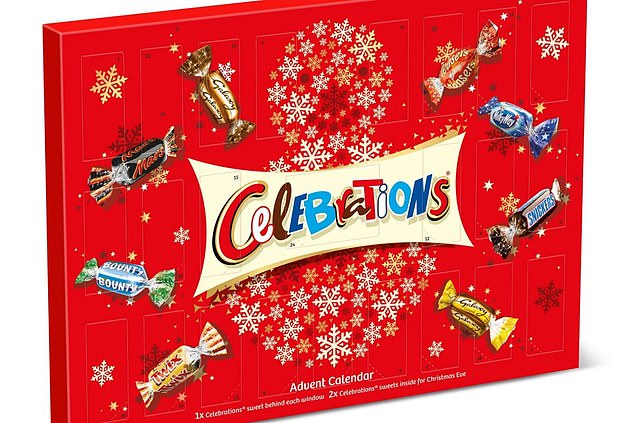 Nia Wilding from Wales tweeted: ‘What kind of monster puts a bounty behind the first door in an advent calendar? Christmas is cancelled.’

Demi Leigh from Sheffield added: ‘Thought my Celebrations advent calendar was bad enough yesterday when I got a bounty, but no, today’s was a bloody Snickers.’

And Jack Thomson from Kent said: ‘Whoever decided to put a Bounty behind the first door of my advent calendar deserves the sack.’

But some bucked the trend to say they were delighted at Bounty being the first chocolate, and others offered their services in eating the unwanted bars.

Bez Newman of Hampshire said: ‘Everyone complaining about getting a Bounty behind door number 1 on their advent calendar, well feel free to send them my way!’

And Mark Amies from London gave some perspective, pointing out that ‘there are still people alive who can remember when chocolate of any kind was rationed’.

Mars Inc describes Bounty bars as containing Available ‘moist, tender coconut’ that ‘tempts your senses with the taste of paradise’.

And despite its reputation, a study of 2,000 UK adults by Vouchercodes.com in April found it was Britain’s third favourite chocolate bar – behind Snickers and Dairy Milk.

Meanwhile, research released today found Britain has a clear generational divide on the Bounty bar – which rises in popularity for every age group.

‘But in truth the Celebrations mix is carefully designed so it is perfect for sharing. After all, Christmas is a time to spend time with loved ones.’

The study also showed that in regards to Maltesers Teasers, the generations are united – with the chocolate ranked first place by every age group.

Christmas is a GO! Everything you can do on Christmas Day in England as NO new Covid rules are introduced